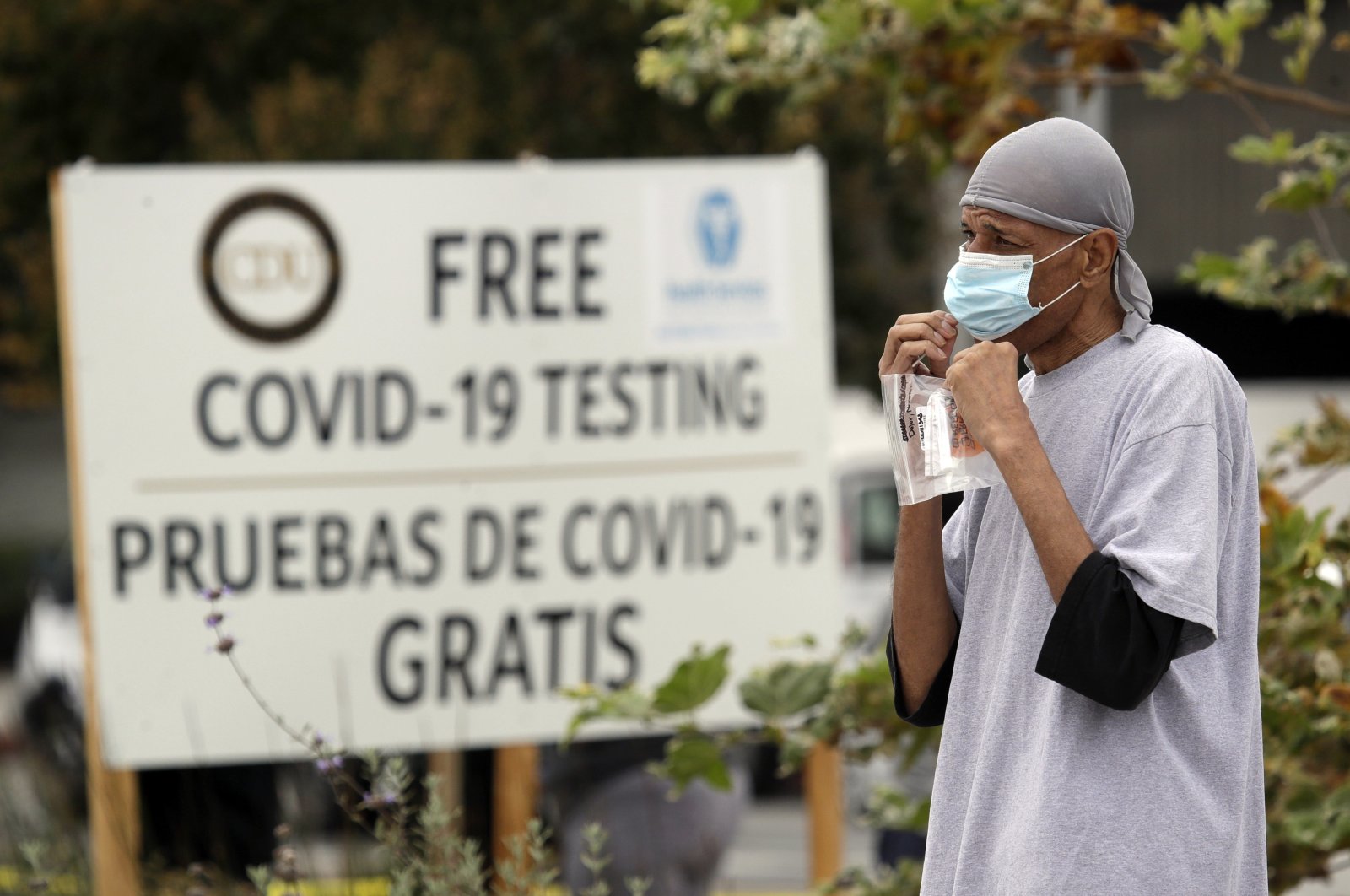 Daily coronavirus deaths in the United States surged to a three-month high of over 2,000 on Thursday and the number of cases passed 19 million globally, pushing many nations to further ratchet up restrictions in the battle against the pandemic. The world's hardest-hit country, the U.S., has seen a major coronavirus resurgence since the end of June, adding 2,060 deaths in 24 hours alone Thursday, a tracker by Johns Hopkins University showed. But other corners of the globe were also marking grim milestones, with India becoming the third worst-hit for COVID-19 after the U.S., Brazil and the continent of Africa.

More than half of Africa's 1 million infections are in South Africa, which has the fifth-highest number of infections in the world, after the U.S., Brazil, India and Russia. Nevertheless, the African continent remains one of the least affected, according to the official figures, with only Oceania registering fewer COVID-19 cases.

At least 19,000,553 cases and 712,315 deaths have been registered worldwide, figures compiled by AFP from official sources showed, driven by surges in Latin America and India.

As India hit another grim milestone in the coronavirus pandemic on Friday, crossing 2 million cases and more than 41,000 deaths, community health volunteers went on strike complaining they were ill-equipped to respond to the wave of infection in rural areas. Even as India has maintained comparatively low mortality rates, the disease trajectory varies widely across the country with the burden shifting from cities with relatively robust health systems to rural areas, where resources are scarce or nonexistent.

India has the third-highest caseload in the world after the U.S. and Brazil. The South Asian nation of 1.3 billion people has the fifth-most deaths and its death rate of about 2% is far lower than the other hardest-hit countries. The rate in the U.S. is 3.3% and 3.4% in Brazil, Johns Hopkins University figures showed.

Europe remains the hardest-hit region worldwide with more than 200,000 fatalities since the virus first emerged in China late last year. As governments across the globe struggle to salvage economies ravaged by months of lockdown, many have been forced to look at new measures to curb outbreaks of COVID-19 since they lifted initial containment orders.

Such is the case in Europe where nations imposed new travel restrictions and containment measures with fears growing over a second wave of infections.

Germany is the latest to introduce mandatory tests for travelers returning from designated risk zones, starting on Saturday, as fears grow over rising case numbers blamed on summer holidays and local outbreaks. Germany's list of "risk zones" currently includes most non-EU countries, as well as certain provinces in Belgium and Spain.

Neighboring Austria on Thursday announced it would issue a travel warning for mainland Spain, becoming the latest country to do so amid a rise in new coronavirus cases in the fellow EU nation. Finland also introduced new controls on arrivals from some EU countries, including Belgium, the Netherlands and Andorra, putting a stop to tourists arriving from there and imposing a 14-day quarantine on other returnees.