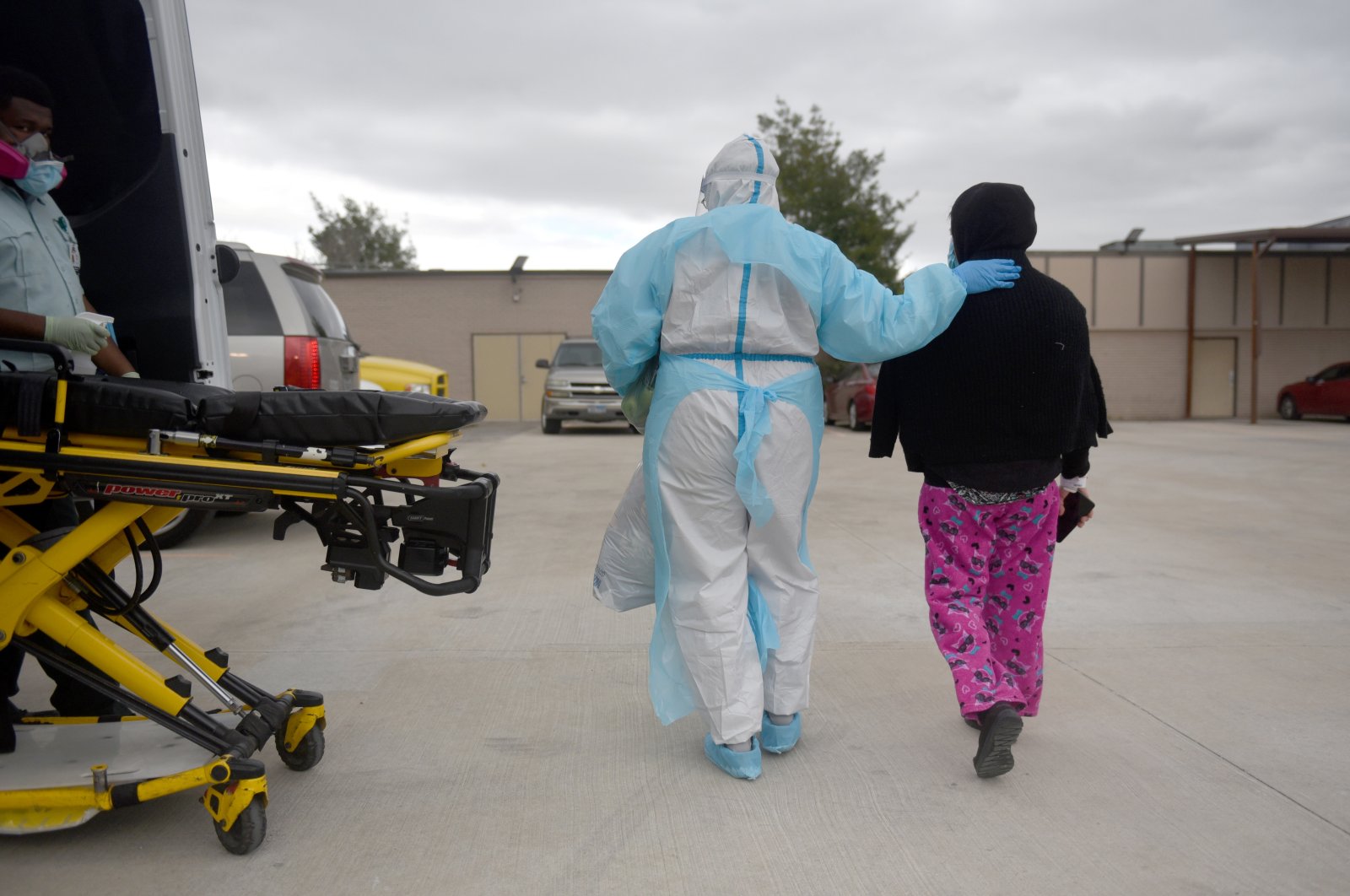 A health care worker walks with Juana Negrete, who is waiting to be picked up after being discharged from the COVID-19 unit at United Memorial Medical Center in Houston, Texas, U.S., Dec. 29, 2020. (Reuters Photo)
by ASSOCIATED PRESS
Dec 30, 2020 1:29 pm

The first known U.S. case of the reportedly highly infectious coronavirus variant that was discovered in the U.K. earlier this month has now has been detected in Colorado.

The variant was found in a man in his 20s who is in isolation southeast of Denver, in Elbert County, and has no travel history, state health officials said Tuesday. Elbert County is a mainly rural area of rolling plains at the far edge of the Denver metro area that includes a portion of Interstate 70, the state’s main east-west highway. Colorado Politics reported there is a second suspected case of the variant in the state, according to Dwayne Smith, director of public health for Elbert County.

Both of the people were working in the Elbert County community of Simla. Neither of them is a resident of that county – expanding the possibility of the variant's spread throughout the state. The Colorado State Laboratory confirmed the virus variant, and the Centers for Disease Control and Prevention (CDC) was notified.

According to the Washington Post, the Colorado case is the first known infection of the variant virus to be recorded in the U.S. The first two variant cases on the North American continent were discovered in Canada over the weekend.

Scientists in the U.K. believe the variant is more contagious than previously identified strains. The vaccines being given now are thought to be effective against the variant, Colorado health officials said in a news release. For the moment, the variant is likely still rare in the U.S., but the lack of travel history in the first case means it is spreading, probably seeded by travelers from Britain in November or December, said scientist Trevor Bedford, who studies the spread of COVID-19 at Fred Hutchinson Cancer Research Center in Seattle.

"Now I’m worried there will be another spring wave due to the variant,” Bedford said. "It’s a race with the vaccine, but now the virus has just gotten a little bit faster.”

Public health officials are investigating other potential cases and performing contact tracing to determine the spread of the variant throughout the state. "There is a lot we don’t know about this new COVID-19 variant, but scientists in the United Kingdom are warning the world that it is significantly more contagious," Bedford said.

"The health and safety of Coloradans is our top priority, and we will closely monitor this case, as well as all COVID-19 indicators, very closely," state Gov. Jared Polis said. Polis and state health officials are expected to hold a news conference Wednesday.

The discovery of the new variant led the CDC to issue new rules on Christmas Day for travelers arriving to the U.S. from the U.K., requiring they show proof of a negative COVID-19 test.

Worry has been growing about the variant since the weekend before Christmas, when Britain’s prime minister said a new strain of the coronavirus seemed to spread more easily than earlier ones and was moving rapidly through England.

The nation's first variant case was identified in southeast England. Dozens of countries barred flights from the U.K., and southern England was placed under strict lockdown measures. Scientists say there is cause for concern but the new strains should not cause alarm.

The European Centre for Disease Prevention and Control (ECDC) said that more than 3,000 cases of the variant have already been reported in the U.K., dozen of countries across Europe and around the world.