US imposes sanctions on Iranian, Iraqi national over support of Iran's Quds Force 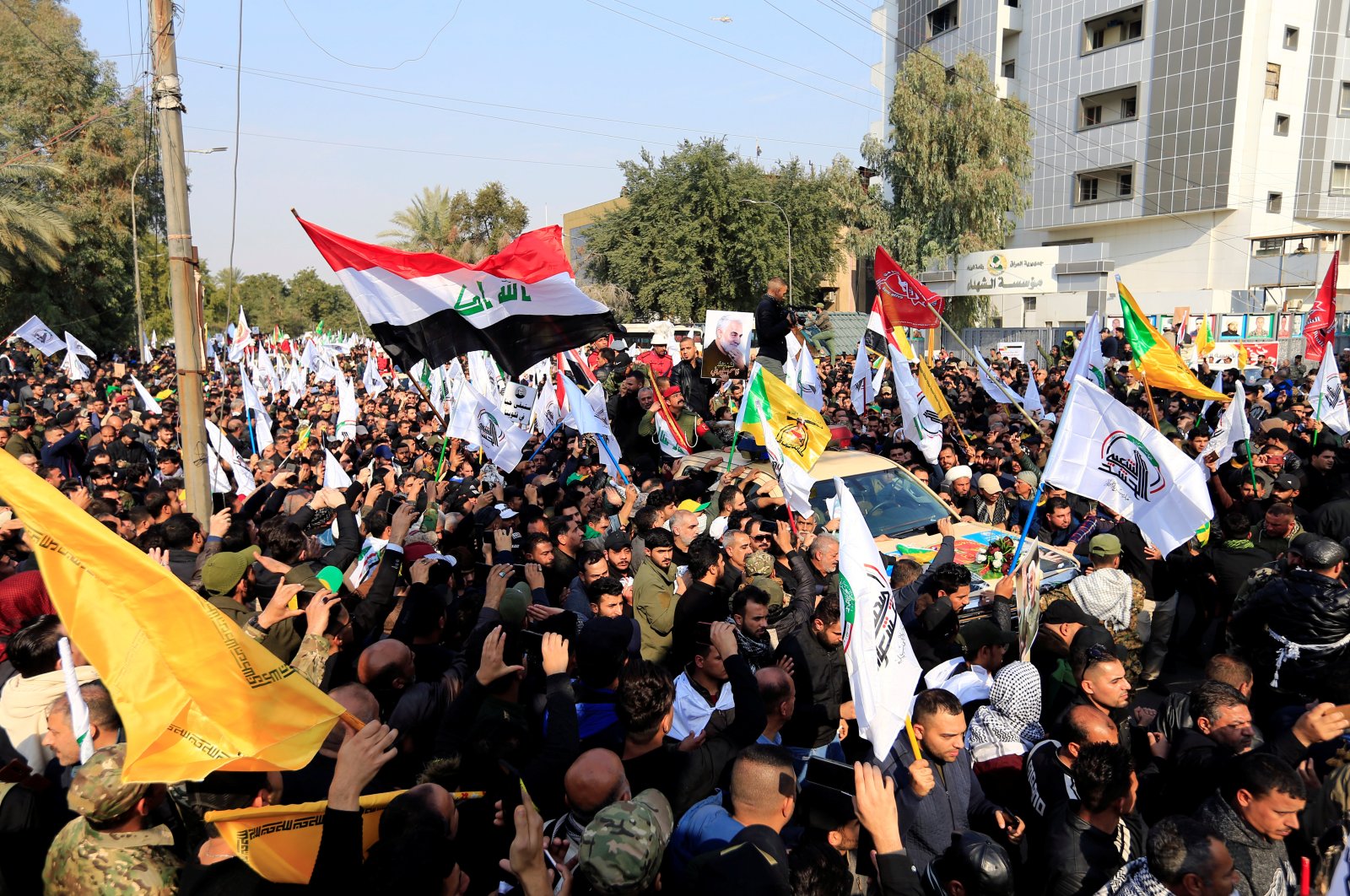 Mourners attend the funeral of the Iranian Major-General Qassem Soleimani, top commander of the elite Quds Force of the Revolutionary Guards, and the Iraqi militia commander Abu Mahdi al-Muhandis, who were killed in an air strike at Baghdad airport, in Baghdad, Iraq, Jan. 4, 2020. (Reuters Photo)
by REUTERS
May 01, 2020 6:23 pm

The United States on Friday imposed sanctions on Taif Mining Services LLC and its owner over accusations that he helped support Iran's elite Quds Force, including in efforts to smuggle shipments from Iran to Yemen, the U.S. Treasury Department said.

The Treasury Department said in a statement that Iranian and Iraqi national Amir Dianat had supported Quds Force smuggling operations for years, including efforts aimed at the shipment of weapons including missiles.

In addition to the Treasury Department's blacklisting of Dianat, the U.S. Attorney's Office for the District of Columbia filed criminal charges against him and one of his business associates for violations of sanctions and money laundering laws.

The office also filed a related action alleging that $12 million is subject to forfeiture as funds involved in the crimes and as assets of a foreign terrorist organization, the Treasury Department said.

The forfeiture action marks the largest ever seizure of Quds Force-related funds, it said.

"The Iranian regime and its supporters continue to prioritize the funding of international terrorist organizations over the health and well-being of the Iranian people," Treasury Secretary Steven Mnuchin said in the statement.

If convicted of the criminal charges, Dianat and Lajmiri would face a maximum of 20 years imprisonment.

Tensions between Washington and Tehran have spiked since Trump unilaterally withdrew in 2018 from the Iran nuclear deal struck by his predecessor, Barack Obama, and began reimposing sanctions that had been eased under the accord.