4 dead due to separate landslides in Bangladesh amid flood 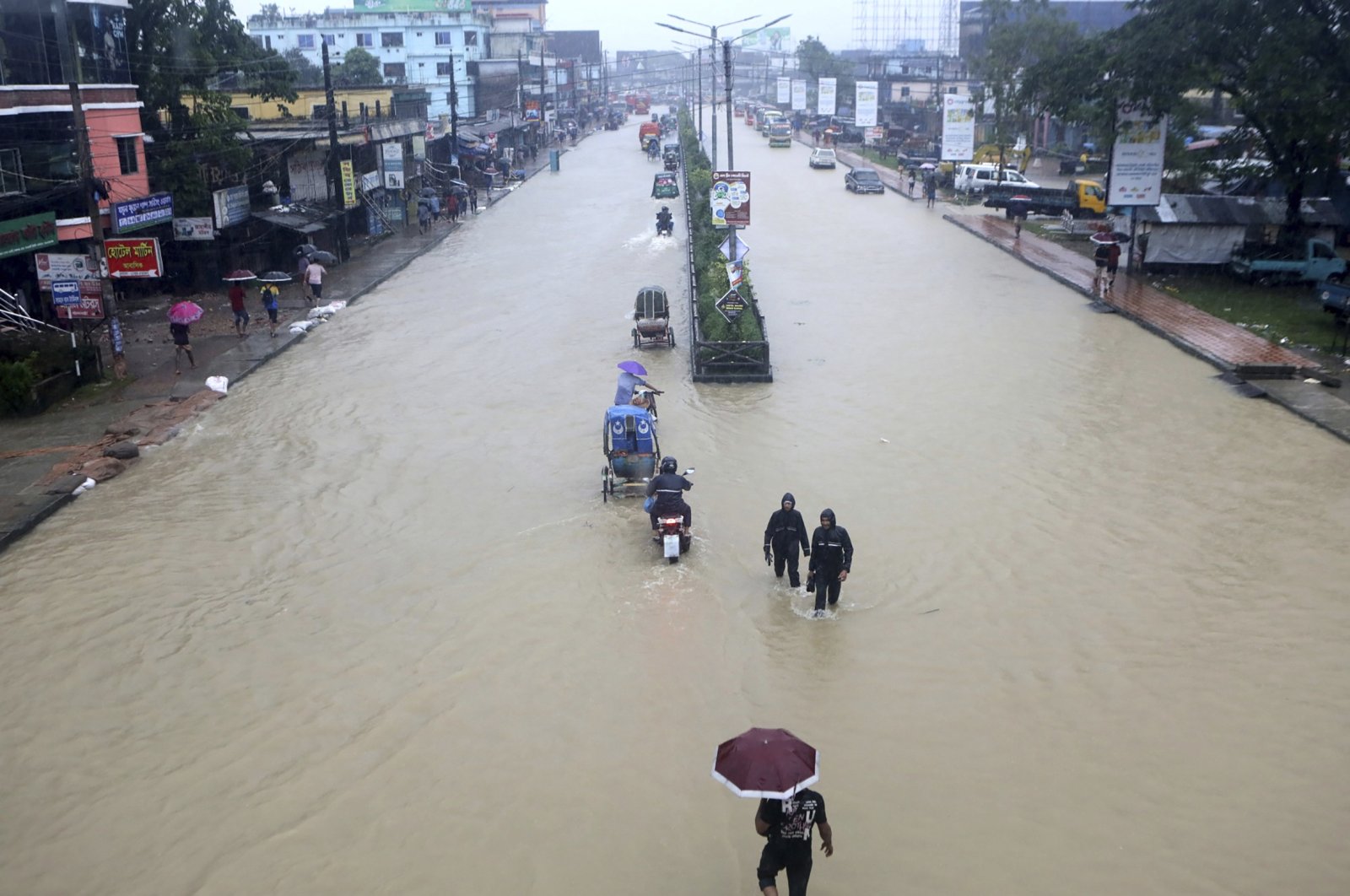 Separate landslides in Bangladesh killed at least four people while leaving many injured, according to official sources.

"We have been confirmed about four deaths caused by heavy rain since last (Friday) night," Ilias Chowdhury, civil surgeon of the Chattogram district, told Anadolu Agency (AA) over the telephone on Saturday.

The deceased were identified as members of two families in the city's Akborshah area.

According to official data by the Chattogram district administration, over 1,600 families have been living at different slopes and sites of 18 hills in the city, famous for its readymade garment industry, the main exporting sector of the South Asian nation of 170 million people, with life risks during rough weather, especially in the monsoon season.

Over 200 people have been killed in several landslides in the hilly regions of the city over the past 15 years. The most-deadly incident killed 127 people in 2007.

Chowdhury said they are prepared to address any untoward situation as heavy rain is gradually inundating the city and adjacent areas, risking the outbreak of diarrhea and other water-borne diseases.

"Medical staff at all government and private hospitals are ready to serve the flood-affected patients," the government's chief medical officer assured.

Meanwhile, the flood situation in the country's northeastern border district of Sylhet is deteriorating as heavy rain is continuing.

Tens of thousands of residents have taken shelter at different government houses and other concrete settlements, crossing long way on foot as a vehicular movement in most of the areas has been completely disrupted.

According to local sources, a huge number of people are still looking for shelters, leaving their houses due to floods.

"Boats are now the only vehicles to move from one place to another as almost whole Sylhet district and adjacent areas are now under flood water," Mohammad Shafaet, a city resident, told AA.

Meanwhile, the Bangladesh army, navy and coast guard, who have joined the local administration in relief works, are working to move the stranded people to safe places as thousands of residents in many low-lying areas are still stranded with children and aged family members.

Besides, thousands of people have been inundated in the northern districts of Rangpur and Kurigram due to onrush from upstream India to the Teesta River and heavy seasonal rains.