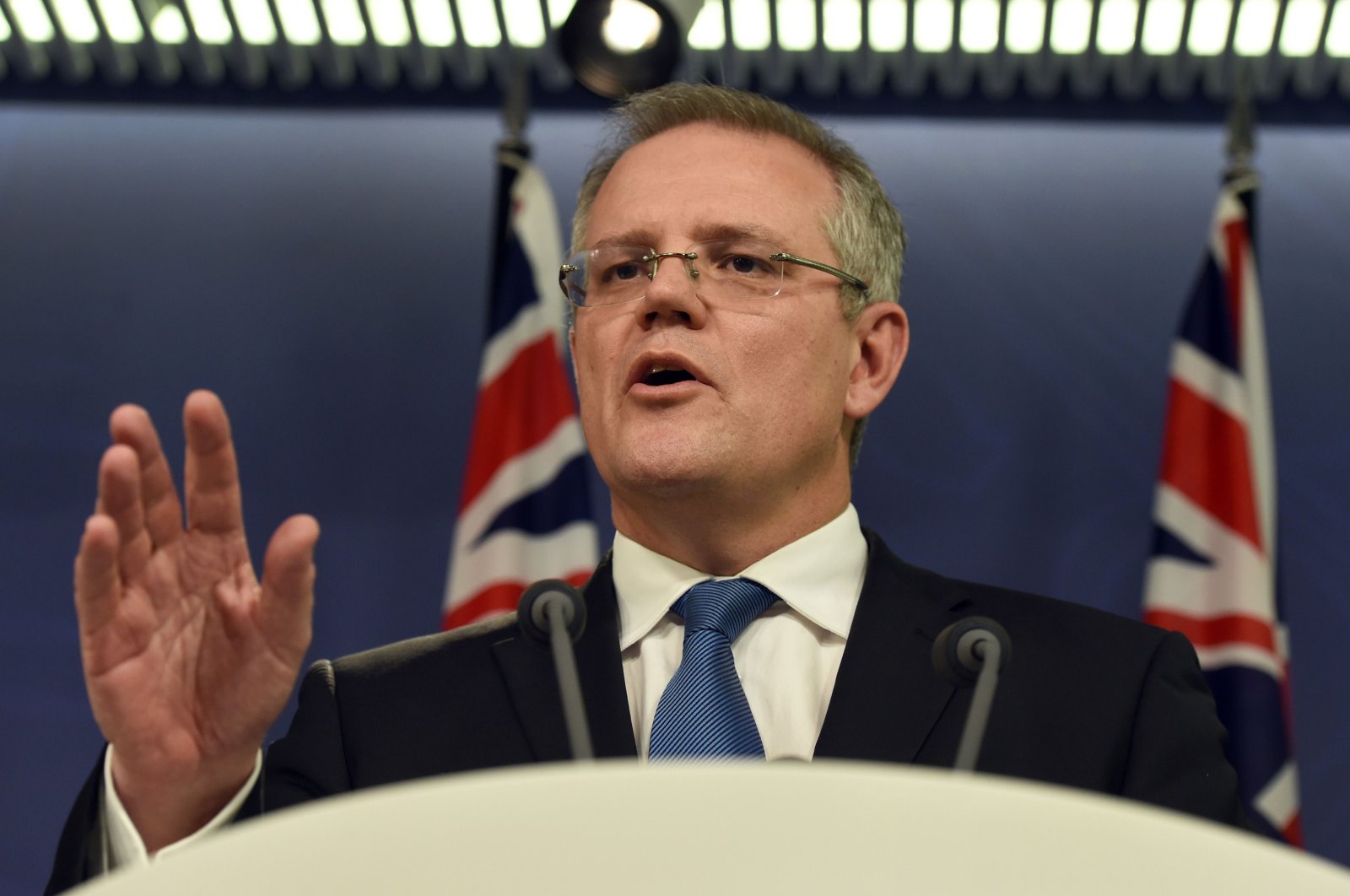 Australian Prime Minister Scott Morrison has demanded an apology from China after a foreign ministry spokesperson tweeted what he called a "truly repugnant," fake image depicting an Australian soldier murdering an Afghan child.

The digitally-altered image posted by China's foreign ministry spokesperson Zhao Lijian on Monday shows an Australian soldier holding a blood-stained knife to the throat of an Afghan child with its head wrapped in an Australian flag.

"Shocked by the murder of Afghan civilians & prisoners by Australian soldiers," Zhao tweeted alongside the image. "We strongly condemn such acts, & call for holding them accountable."

He was referring to a disturbing report by Australia's military earlier this month which found evidence that elite Australian troops unlawfully killed 39 Afghan prisoners, farmers and civilians during the conflict in Afghanistan. It recommended that 19 soldiers be referred to federal police for criminal investigation. Asked about the issue at a daily briefing, Foreign Ministry spokesperson Hua Chunying cast blame on the Australian side.

"What Australia should do is to reflect deeply, bring the perpetrators to justice, make a formal apology to the Afghan people, and solemnly promise to the international community that they will never commit such terrible crimes again,” Hua said.

Morrison said Zhao's tweet was "utterly outrageous” and a terrible slur against Australia's military. It "is truly repugnant. It is deeply offensive to every Australian, every Australian who has served in that uniform,” he told reporters in Canberra.

He described the image as being "deeply offensive to every Australian," and said he has reached out to Twitter and Chinese authorities for its immediate removal, as the Deutsche Presse-Agentur (dpa) reported.

The post had a warning tag on it by Monday afternoon but could still be viewed. Zhao's account comes with a Twitter label stating that it's a Chinese government account. Despite China blocking Twitter and other U.S. social media platforms within the county, Chinese diplomats and state media have established a strong presence on them.

"There are undoubtedly tensions that exist between China and Australia, but this is not how you deal with them," Morrison said. "Australia has patiently sought to address the tensions that exist in our relationship in a mature way, in a responsible way, by seeking engagement at both leader and ministerial level.”

Australia has vowed to conduct a thorough investigation into the "disturbing conduct" alleged in the report. It also has initiated the process to dismiss members of the elite special service regiment involved in the killing of 39 Afghan civilians. Earlier in November Australian Defense Forces (AFD) chief Gen. Angus Campbell sought an apology from Afghans as he shared the horrifying details of the investigation.

"To the people of Afghanistan, on behalf of the ADF, I sincerely and unreservedly apologize for any wrongdoing by Australian soldiers. I have spoken directly to my Afghan counterpart, Gen. (Yaseen) Zia, to convey this message," he said in a televised speech, according to Anadolu Agency (AA).

The tensions between China and Australia escalated sharply in recent months as Beijing has introduced sanctions on Australian goods, while authorities in Canberra called for an independent investigation into the origins of the coronavirus pandemic, putting the blame for the spread of disease on Chinese officials.