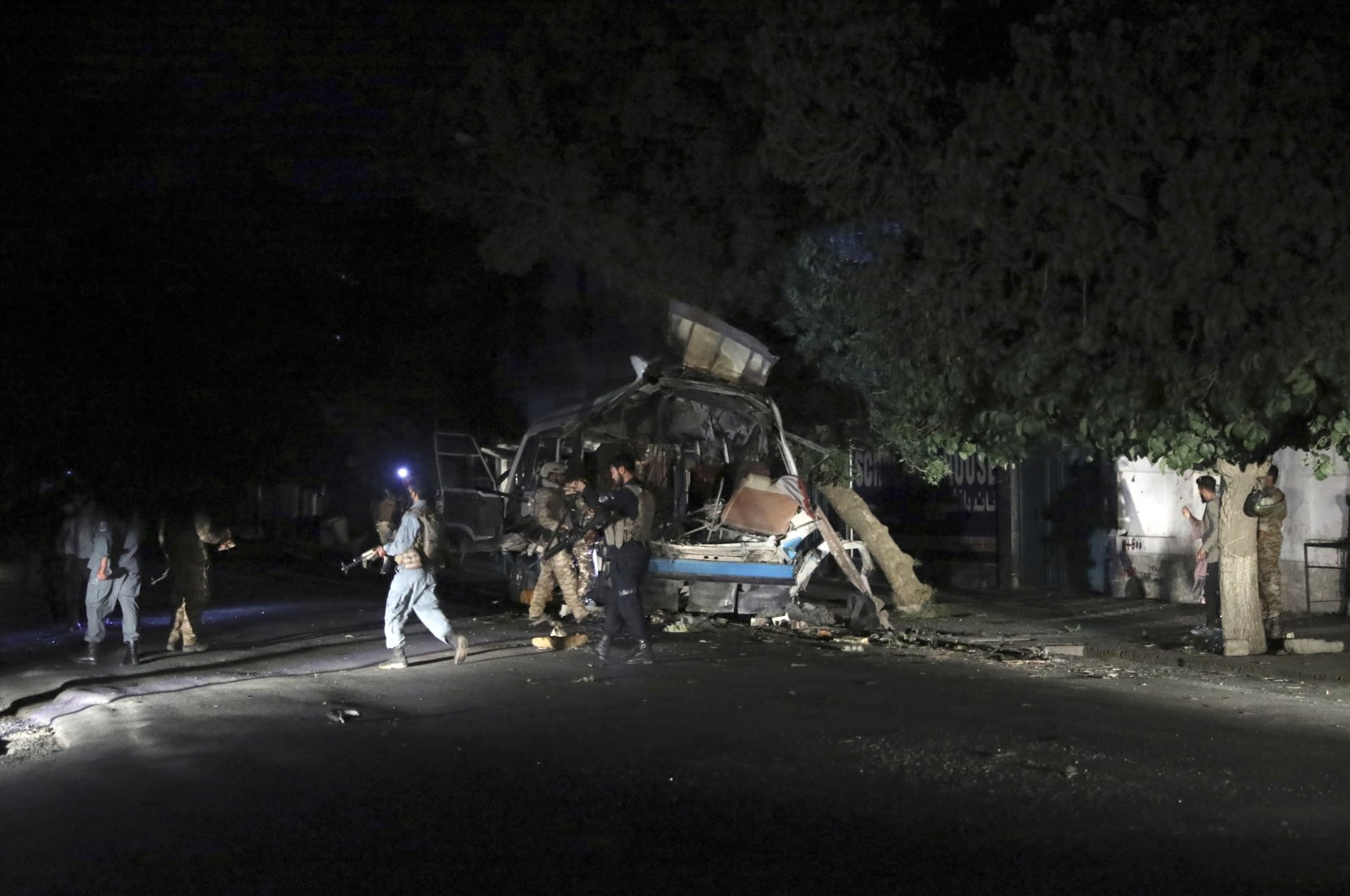 The initial two bombings, both targeting minivans, happened in a mostly ethnic Hazara area of the capital, said Rushan.

The first exploded near the home of a prominent Hazara leader, Mohammad Mohaqiq, and in front of a Shiite mosque. Most Hazaras are Shiites. The second bomb also targeted a minivan but Rushan said details were still being collected.

Police cordoned off the two areas and investigators were sifting through the rubble.

No one claimed responsibility for the bombings.

However, the Daesh affiliate operating in Afghanistan previously took responsibility for several attacks in May on power supply stations in Kabul and in several other provinces.

On May 8, a car bomb and two roadside bombs exploded outside the Syed-al-Shahada girls school, also in a predominantly Hazara neighborhood, killing nearly 90 people, many of them students. No one has yet claimed that attack but the U.S. blamed Daesh.

The attacks come as the U.S. wraps up its longest war by withdrawing the last of its 2,500-3,500 troops along with 7,000 allied NATO forces. The last soldiers are to be gone by Sept. 11 at the latest generating fears of increased chaos in a country already deeply insecure.

Violence has escalated in Afghanistan even as the U.S. struck a peace deal with the Taliban in February 2020 under the previous Trump administration.

The agreement called for the last of the U.S. and NATO troops to be out of the country by May 1. Instead, the withdrawal began on May 1 after U.S. President Joe Biden announced in mid-April America was ending its “forever war.” At the time, he declared terrorist groups like al-Qaida and Daesh had been sufficiently degraded and it was no longer necessary to keep thousands of troops deployed to Afghanistan.

The two sides have been meeting off and on since Sept. 12 but progress has been slight.

“I do not see any sign yet of meaningful talks from the Taliban on key issues to end this senseless war,” said Nadery.