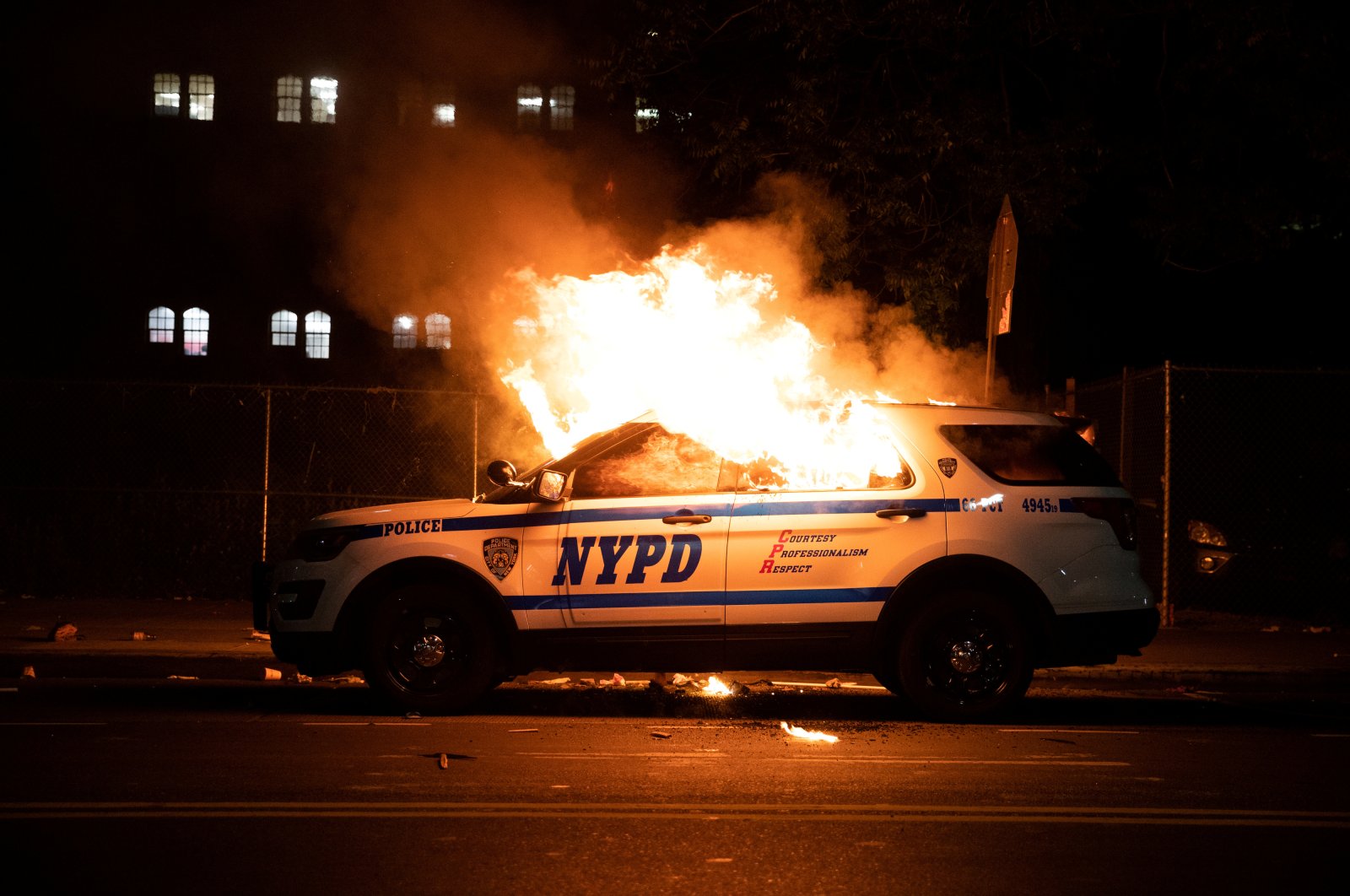 A New York City police car is set on fire as protesters clash with police during a march against the death in Minneapolis police custody of George Floyd, Brooklyn borough, New York City, U.S., May 30, 2020. REUTERS
by AFP
May 31, 2020 3:10 pm

Chinese state media took aim at the U.S. government over the weekend as many American cities were gripped by raging protests and clashes, comparing the unrest with the pro-democracy movement in Hong Kong.

Beijing has long been infuriated by criticism from Western capitals, especially Washington, over its handling of the pro-democracy protests that shook Hong Kong last year.

And as unrest erupted across the United States over racial inequality and police brutality after the death during the arrest of an unarmed black man, Chinese government spokespeople and official media launched broadsides against American authorities.

It was "as if the radical rioters in Hong Kong somehow snuck into the U.S. and created a mess like they did last year," he added.

China has insisted that "foreign forces" are to blame for the turmoil in Hong Kong, where pro-democracy protesters – described by Beijing as rioters – have marched in the millions since June last year and often clashed with the police.

Beijing sparked outrage and concern earlier this month with a plan to impose a law on Hong Kong that it said was needed to protect national security and curb "terrorism," but was condemned by pro-democracy activists and Western nations as another attempt to chip away at the city's unique freedoms.

Following President Donald Trump's announcement that he would strip Hong Kong of its special privileges, a commentary published Sunday in China Daily – a mouthpiece of the ruling Communist Party – said U.S. politicians dreamed of "victimizing" China.

"Better give up that dream and come back to reality," it said.

"Violence is spreading across the U.S. ... U.S. politicians should do their jobs and help solve problems in the U.S., instead of trying to create new problems and troubles in other countries."

The back-and-forth over Hong Kong has exacerbated U.S.-China tensions, which were already high over a number of issues –including trade and the coronavirus pandemic, over which Trump has accused Beijing of a lack of transparency.

As violence broke out in the U.S. over the weekend, Chinese foreign ministry spokeswoman Hua Chunying also took aim at Washington.

"I can't breathe," she said on Twitter, with a screenshot of a tweet by U.S. State Department spokeswoman Morgan Ortagus that had criticized the Chinese government over its Hong Kong policy.

Hua was quoting the words George Floyd was heard saying repeatedly before his death – after a police officer knelt on his neck for nearly nine minutes – which sparked the current unrest in the United States.

Over the weekend, Chinese media also circulated video clips of the U.S. violence, accompanied by the hashtag, "How restrained are the Hong Kong police" on the Twitter-like platform Weibo.

One clip posted by the People's Daily on Sunday compared the recent on-screen arrest of CNN correspondent Omar Jimenez, who was covering the unrest in the U.S. city of Minneapolis last Friday, to scenes of Hong Kong police appearing to back away from media personnel in the city last year.

Police in Hong Kong have been accused by rights groups of using excessive force during pro-democracy protests last year.