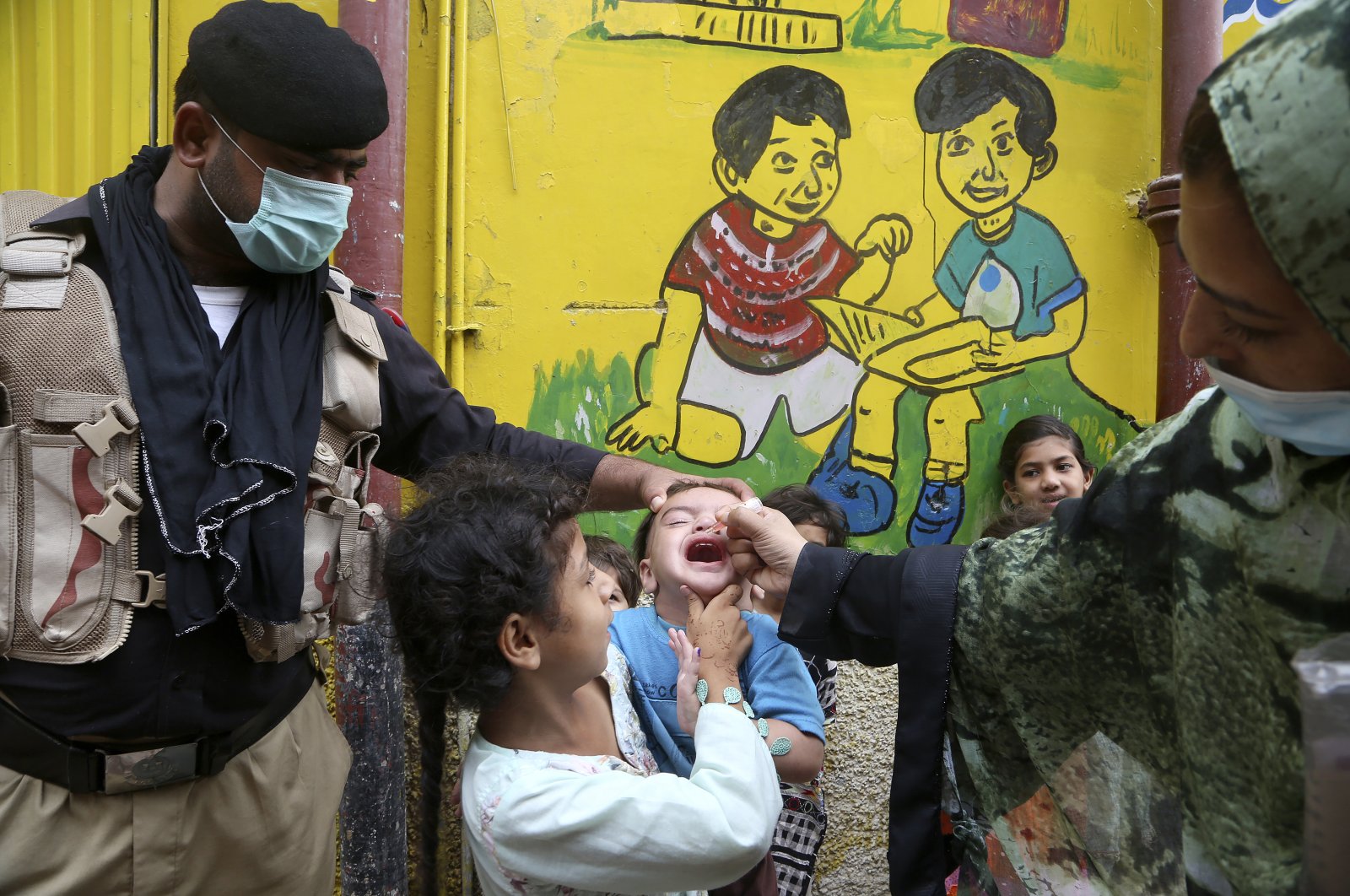 Gunmen on Monday shot and killed a police officer assigned to protect a polio vaccination team in northwestern Pakistan, an official said.

The deadly attack took place in the town of Kolachi in the Dera Ismail Khan district. Officer Dilawar Khan was on his motorcycle, heading to escort polio workers taking part in a nationwide campaign aimed at making Pakistan a polio-free state.

The gunmen fled the scene and a police search is underway, according to Mohammad Aslam, a local police official. Militants often target polio teams and police assigned to protect them, claiming the vaccination campaigns are a Western conspiracy to sterilize children.

Two attacks targeted police working with polio teams on Sunday. In Peshawar, the capital of Khyber Pakhtunkhwa province, shooters killed a police officer returning home after security duty with polio workers. And a roadside bomb went off near a police van escorting a polio vaccination team in the district of South Waziristan, wounding an officer. None of the medics on the polio teams were hurt in these attacks.

No one immediately claimed responsibility for any of the attacks. Pakistan and neighboring Afghanistan are the only two remaining countries in the world where polio is endemic, after Nigeria was declared free of the virus last year.

Last week, Prime Minister Imran Khan's government launched another polio vaccination drive in an effort to eradicate the crippling disease by the end of the year. According to authorities, as many as 23.6 million children are to be vaccinated in this latest anti-polio drive.

On Sunday, Aimal Khan, a spokesperson for the anti-polio program in northwestern Pakistan, said the vaccination effort would continue despite the challenges with some 17,000 trained workers going home to home to administer the vaccines in Khyber Pakhtunkhwa province.

According to Shahzad Baig, who leads the anti-polio effort, there has only been one reported case of polio so far in 2021 in Pakistan, compared to 66 during the same time last year. On Monday, Baig appealed to the parents to get their children vaccinated to protect them from the crippling disease.