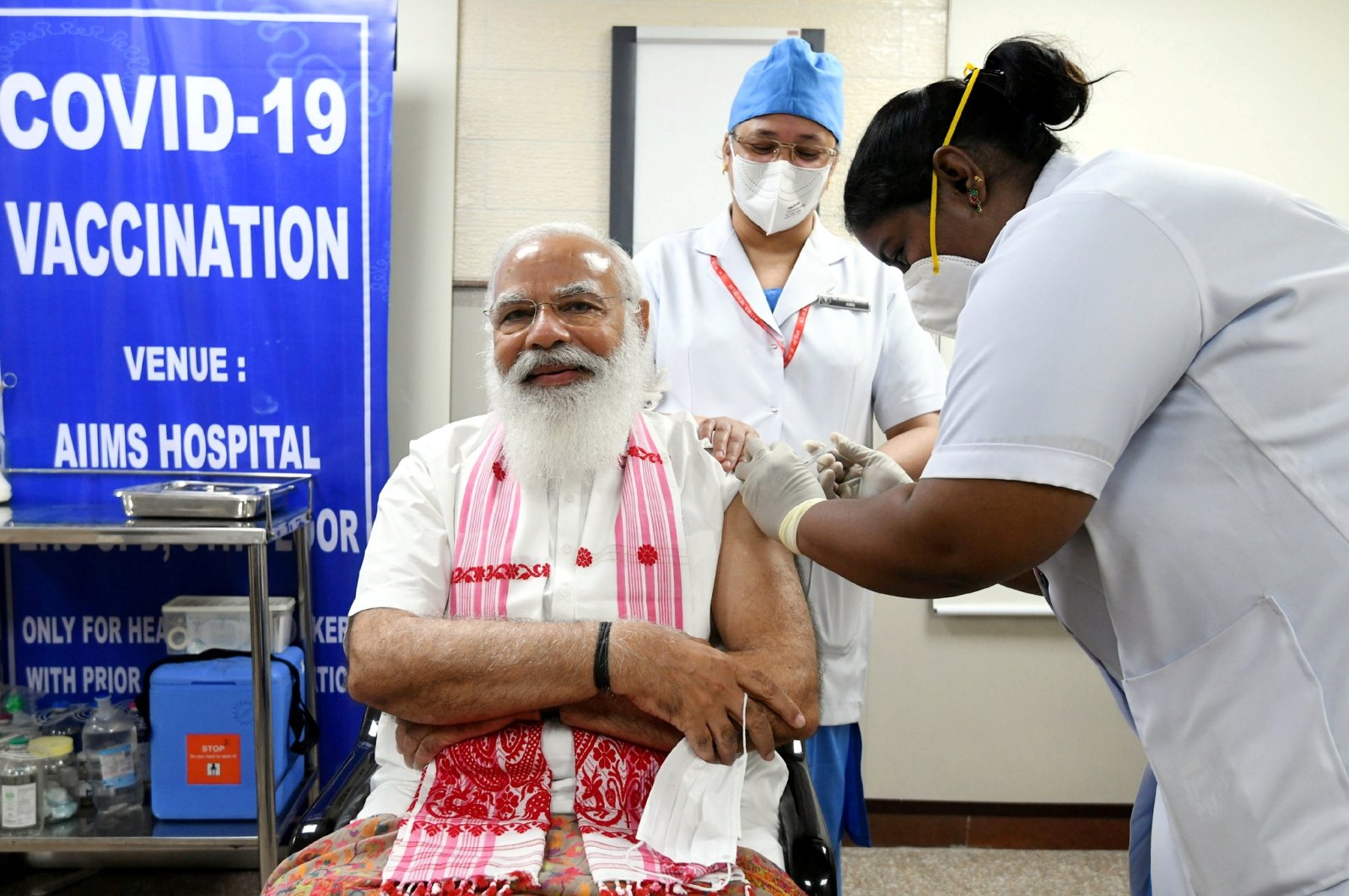 Indian Prime Minister Narendra Modi was inoculated with the first dose of a homegrown coronavirus vaccine on Monday, kicking off an expansion of the country's immunization campaign as infections rise in some big states.

People above 60 and those who are 45 or more and suffering from certain medical conditions are now eligible for the vaccinations. But some inoculation centers reported issues with the government's Co-Win portal used to coordinate the drive, which could slow its progress.

India, which has reported the highest number of COVID-19 cases after the United States, has so far vaccinated 12 million health and front-line workers since starting its immunization program in mid-January. It wants to cover 300 million of its 1.35 billion people by August.

"I appeal to all those who are eligible to take the vaccine," 70-year-old Modi said on Twitter, posting a picture of him getting the shot at a government hospital in New Delhi. "Together, let us make India COVID-19 free!"

The government said last week it would let people choose their vaccination centers, effectively letting beneficiaries pick either the home-grown COVAXIN shot or the AstraZeneca vaccine, unlike earlier.

The inoculation campaign has run slower than expected due to a reluctance of health and front-line workers to take COVAXIN, which was approved without late-stage efficacy data. Only about 11% of vaccinated people have opted for the product developed by Bharat Biotech and the state-run Indian Council of Medical Research.

Bharat Biotech has said efficacy data from a late-stage trial on nearly 26,000 volunteers who took COVAXIN will be out soon. The company, along with India's drug regulator, says COVAXIN is safe and effective, based on early and intermediate studies.

"Inspired and humbled by Hon'ble PM's remarkable commitment to build an Aatmanirbhar Bharat," Bharat Biotech said in reply to Modi's tweet, referring to his self-reliance pitch to back local products. "Yes, we all shall fight COVID-19 together and emerge victorious."

Initial glitches in the Co-Win portal had hampered vaccination, and some of the troubles resurfaced on Monday in states such as Odisha in the east and Maharashtra in the west, officials said.

Modi's home state of Gujarat, however, said the roll-out was progressing fine.

"We haven't faced any glitches," said Jaiprakash Shivahare, Gujarat’s commissioner of health. "The government of India has assured us that there is no issue of vaccine availability and asked us to use the vaccines as early as possible."

India has reported more than 11 million coronavirus infections and over 157,000 deaths. Of the 15,510 new cases recorded in the past 24 hours, Maharashtra state accounted for 8,293 followed by Kerala's 3,254 infections.

The health ministry reported 106 deaths in the past 24 hours, with no fatalities recorded in 20 of India's three dozen states and federal territories.