Pacific can deal with its own security issues: Samoa PM 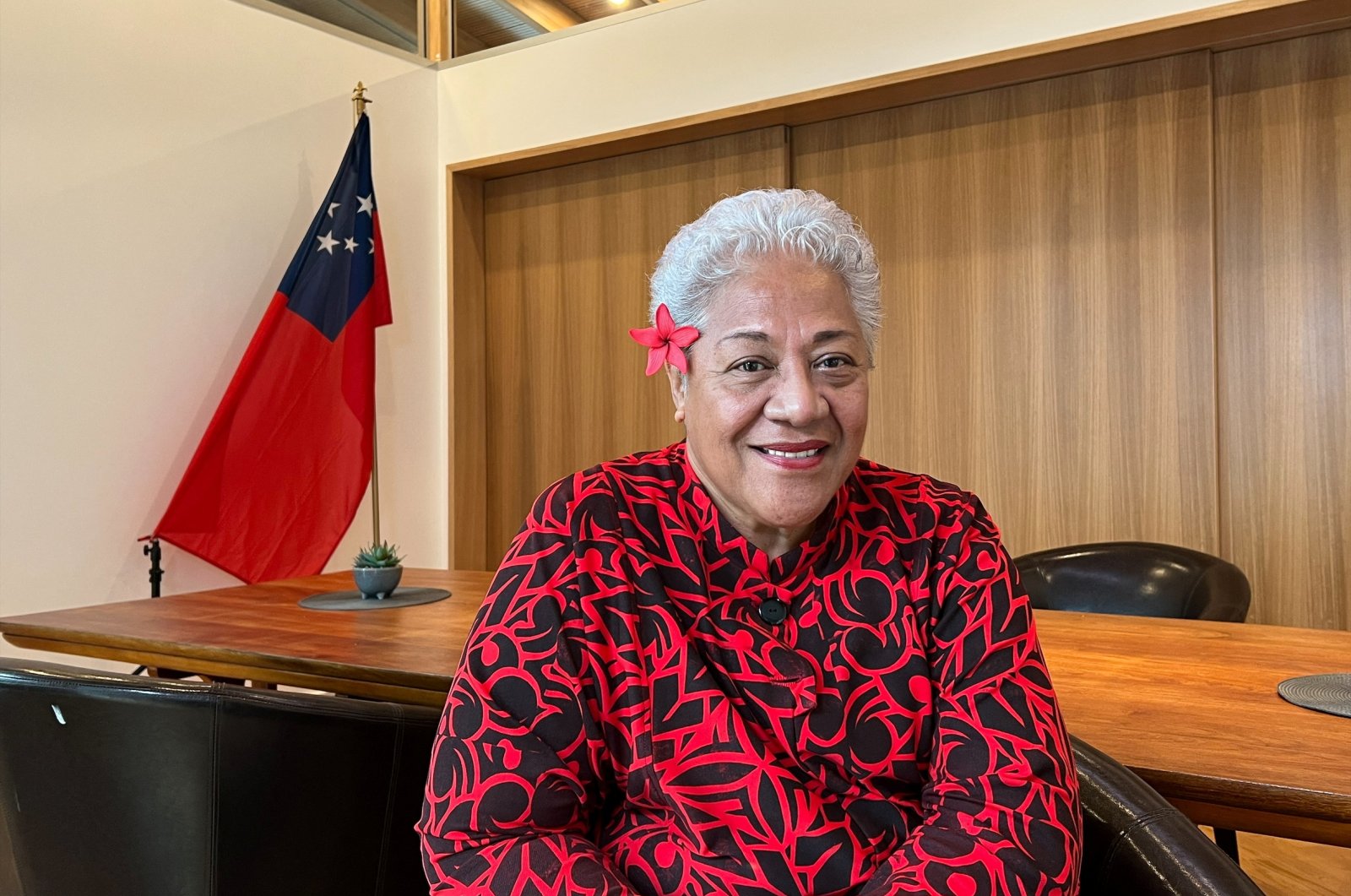 Pacific countries should and can deal with their own security issues, Samoan Prime Minister Fiame Naomi Mata'afa said Friday, adding that China remained an attractive economic partner given its size.

China's growing influence in the Pacific and the potential of militarization in the small island nations scattered across the South Pacific has concerned neighbouring Australia and New Zealand and their ally, the United States.

"Everyone's interested in China - they're a huge market, in purchasing power, and so forth," said Mata'afa in an interview with Reuters during an official visit to New Zealand.

China's increasing regional influence was highlighted after the Solomon Islands signed a security pact with Beijing earlier in the year.

"We need as a region to deal with the (security) issue in the broader context of what we already have in place," Mata'afa said citing previous regional security agreements.

An upcoming Pacific Islands Forum leaders meeting would discuss whether more needed to be done on the security front so other island countries don't feel they need to look outside the region, she added.

The Forum represents 18 island states spanning the Pacific's three cultural and geographic groups of Micronesia, Melanesia and Polynesia, as well as Australia and New Zealand. Some members have diplomatic ties to Taiwan while most recognize Beijing.

Traditionally Australia and New Zealand have been the main security and aid partners for island states, supplying development and disaster aid and military assistance when needed.

Mata'afa said she understood the region was increasingly contested but that China has had a long presence as a diplomatic and economic partner and "what I don't like is if there are elements of racism in the discourse."

The region was no longer just part of the "Blue Pacific" narrative but had been encapsulated in the much larger Indo-Pacific and needed to be given more of a voice, she said.

"Now America wants to essentially come back. And that's also, I think, heightened Australia and New Zealand's role and function," she said. "There's a whole shifting of geopolitical arrangements."

Mata'afa said, for example, that South Pacific countries had not been consulted on the creation of the AUKUS, a security grouping announced last year that includes Australia, the United Kingdom and the United States, and she felt they should have been.

In recent meetings, she said she had asked both New Zealand and Australian leaders whether as Pacific countries they keep in mind their Pacific family when discussing politics with countries such as the United States and China.

While the geopolitical contest was topical, Mata’afa said the bigger challenges facing the region were the recovery from COVID-19 and broader health issues, and climate change.

"There's the immediate effect with the encroachment of rising seas and erosion of coastlines ... and the heightened regularity now of natural disasters," she said.

"Natural disasters have become quite a significant factor in the development trajectory of the region. You go forward a few steps, you get hit by a cyclone and that's reversed."

For Pacific countries, climate change had very real sovereignty implications as islands faced the reality of shrinking or disappearing.

"Our land masses are such that we don't have the luxury of moving to a different part of the country,” she said.