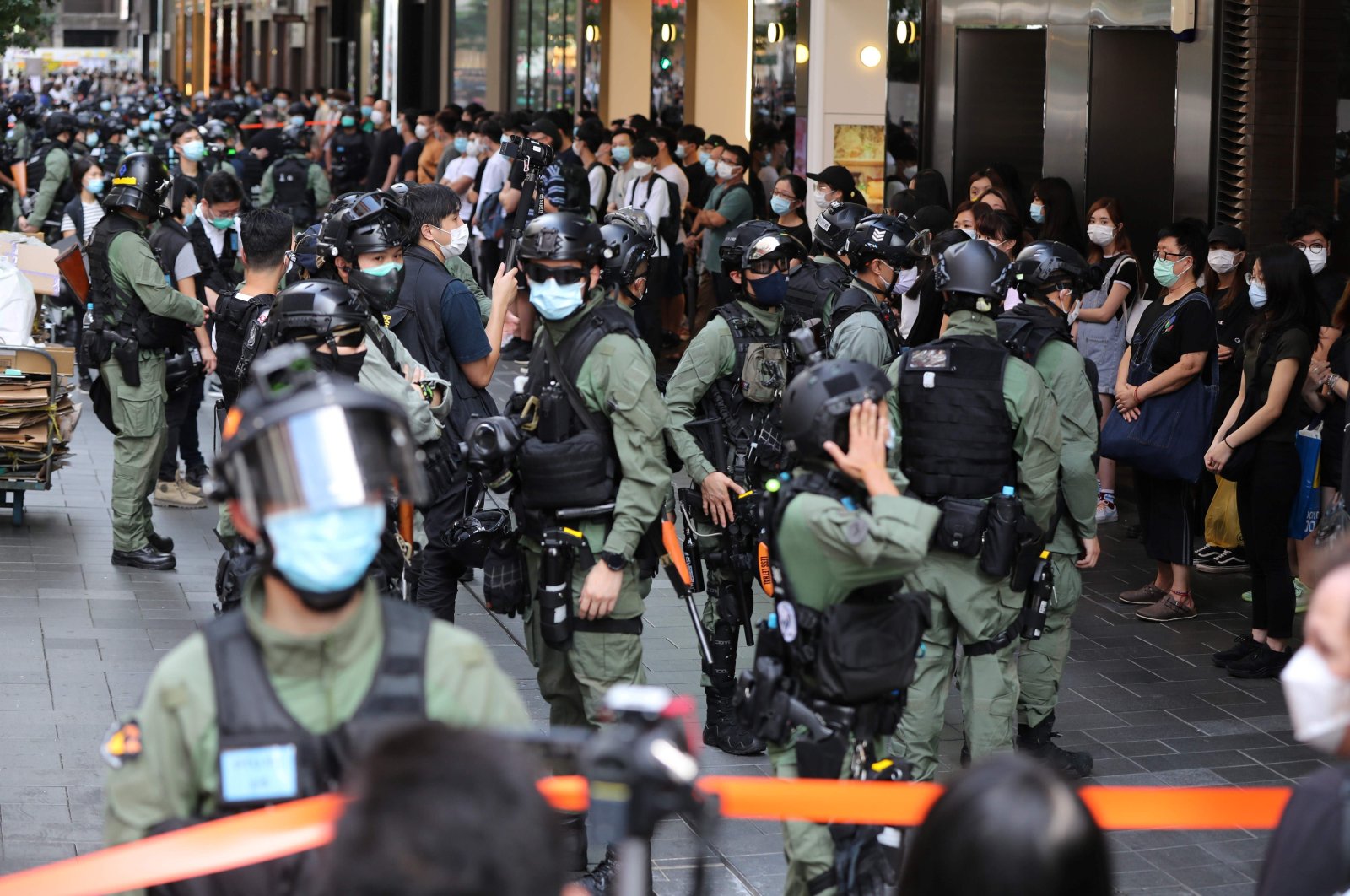 Hong Kong police were out in force on China’s National Day on Thursday, detaining and searching people on the streets of a popular shopping district after calls were made online urging people to take part in anti-government protests.

National Day, celebrating the founding of the People's Republic of China, has become a day of protest in Hong Kong for those who oppose Beijing's increasing control in the semi-autonomous city.

Small groups of protesters gathered in the popular Causeway Bay shopping district, although they were outnumbered by police. Social-distancing restrictions due to the coronavirus meant large-scale protests don't have authorization.

Hong Kong Chief Executive Carrie Lam also held a tightly guarded flag-raising ceremony on Thursday morning, where she hit out at criticism from foreign governments during her annual speech.

In her National Day address, Lam accused foreign governments who have criticized the law and asked for it to be scrapped, of double standards and condemned accusations against local law enforcement agencies. The new security laws were introduced on June 30 and punish secession, subversion and collusion with foreign forces and terrorism and was, according to the government, meant to target a minority of dissidents. However, since it was implemented, ordinary citizens have been left unsure whether or not they are violating the law, since the crackdown has even targeted slogans on flags, songs with subversive lyrics and even stickers with democracy messages on them.