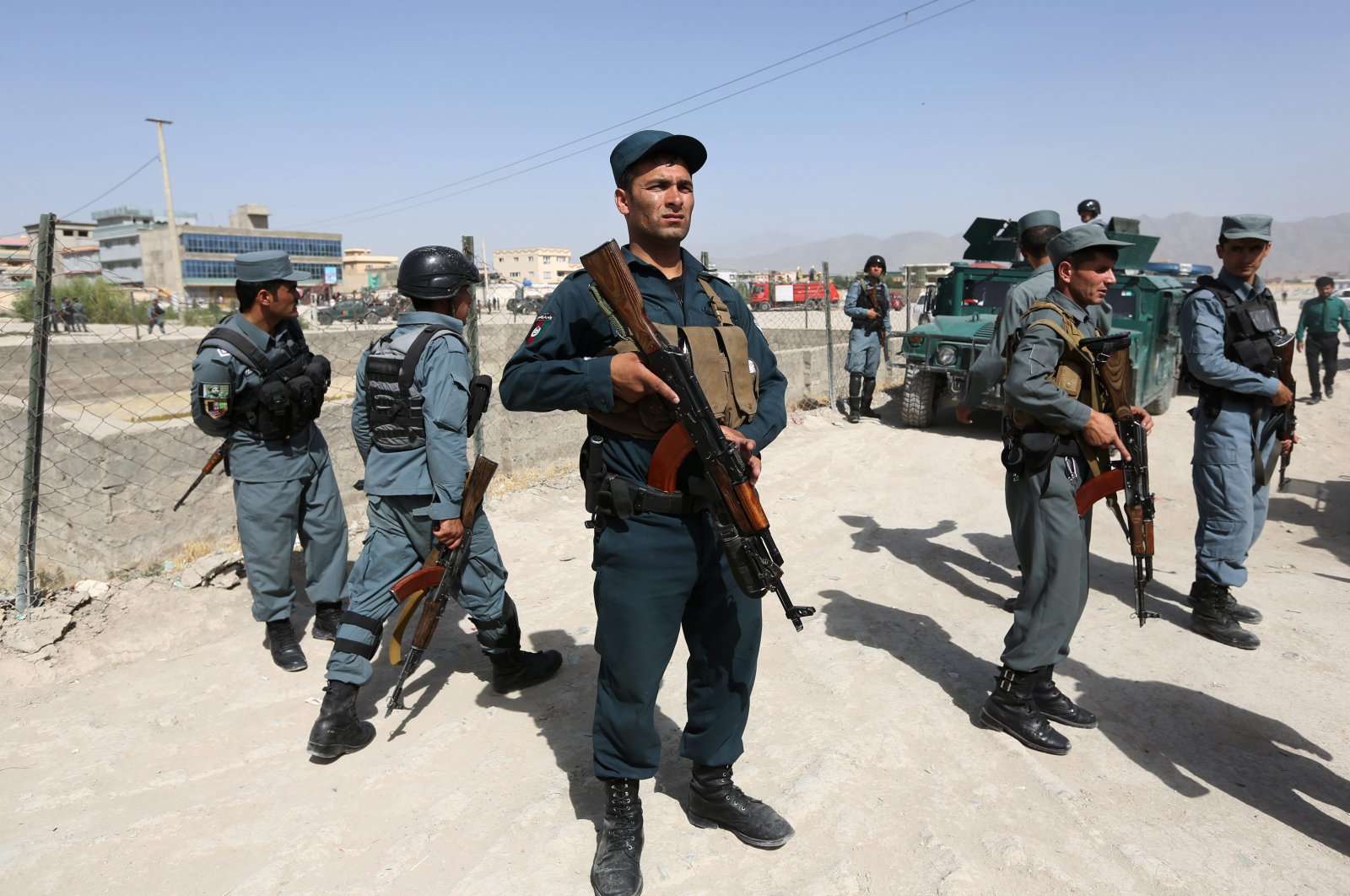 Afghan security forces inspect the site of a suicide attack after clashes with Taliban fighters at the gate of an intelligence facility in Kabul, Afghanistan, July 7, 2015. (AP File Photo)
by German Press Agency - DPA
Jun 29, 2020 2:13 pm

At least 23 people died when several mortar rounds landed in the vicinity of picnickers in the southern Afghan province of Helmand on Monday.

A further 15 were also wounded in the incident, which took place in the province's Sangin district, said the spokesman for the provincial governor, Omar Zwak.

The district chief for Sangin, Ruhullah Basit, spoke of 25 dead and 20 wounded in the shelling.

It is not yet clear how or why the incident took place. There is an Afghan military base some 5 kilometers (3.1 miles) away from the area, the district chief said.

Both the Taliban and the government traded blame for the tragedy. Local officials said the area is under the control of the Taliban.

On Sunday afternoon, a roadside bomb in the Washer district of the same province left six civilians dead.

The United Nations Assistance Mission in Afghanistan said the Taliban were responsible for 208 civilian casualties in April and government forces for 172.

The United Nations has called for a halt to the fighting and the start of intra-Afghan peace talks as part of a deal signed between the U.S. and the Taliban in February.