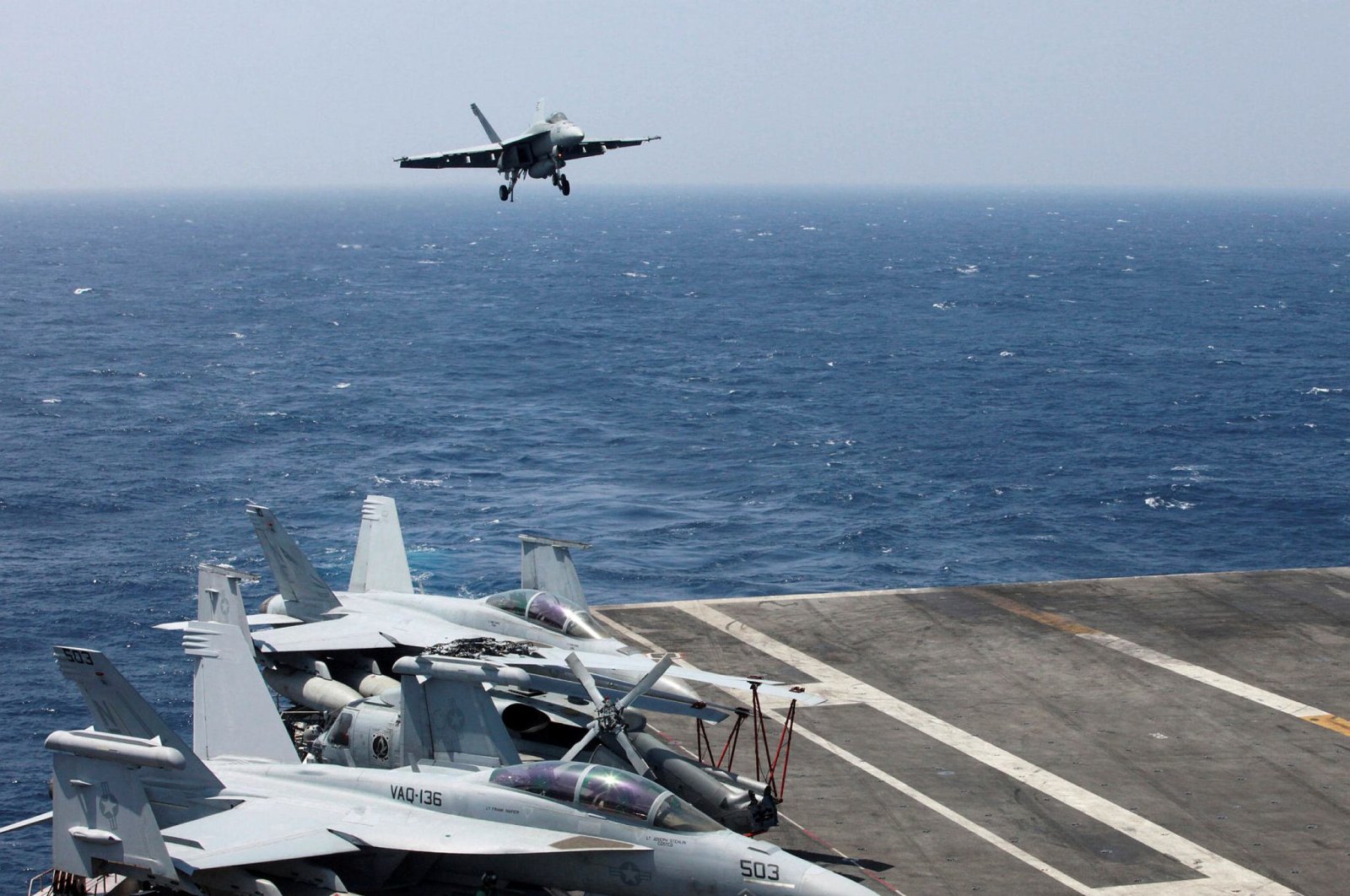 Two U.S. Navy aircraft carrier strike groups are conducting dual operations in the Philippine Sea in a show of the service’s ability to rapidly deploy overwhelming force in support of allies locked in disputes with China. The move came after after Southeast Asian leaders delivered some of their strongest remarks opposing Beijing’s claim to virtually the entire South China Sea on historical grounds.
Ships and aircraft assigned to the Nimitz and Ronald Reagan groups began the drills Sunday, the U.S. 7th Fleet responsible for operations in the Indo-Pacific said in a news release.

“Dual carrier operations demonstrate our commitment to regional allies ... and our readiness to confront all those who challenge international norms,” Rear Admiral George Wikoff, commander Carrier Strike Group 5, was quoted as saying. “The U.S. Navy regularly conducts integrated strike group operations to support a free and open Indo-Pacific, and promote an international rules-based order wherein each country can reach its potential without sacrificing national sovereignty,” the release said.

Southeast Asian leaders said a 1982 U.N. oceans treaty should be the basis of sovereign rights and entitlements in the South China Sea, in one of their strongest remarks opposing China’s claim to virtually the entire disputed waters on historical grounds.
The leaders of the Association of Southeast Asian Nations took the position in a statement issued by Vietnam Saturday on behalf of the 10-nation bloc. ASEAN leaders held their annual summit by video on Friday, with the coronavirus pandemic and the long-raging territorial disputes high on the agenda.
“We reaffirmed that the 1982 UNCLOS is the basis for determining maritime entitlements, sovereign rights, jurisdiction and legitimate interests over maritime zones,” the ASEAN statement said.
The leaders were referring to the United Nations Convention on the Law of the Sea, a 1982 international agreement that defines the rights of nations to the world’s oceans and demarcates stretches of waters called exclusive economic zones where coastal states are given the right to exclusively tap fishery and fuel resources.

The South China Sea’s eastern entry points and surrounding waters — including near Taiwan — have seen a flurry of military activity recently. This month alone, the Chinese Air Force has sent warplanes near Taiwan at least nine times, including a flight of two heavy bombers on Sunday.

China has been pushing its presence in the Exclusive Economic Zones of other countries while claimants are preoccupied tackling the COVID-19 pandemic, prompting the United States to call on China to stop its “bullying behavior” there.
In early April, Vietnam said one of its fishing boats was sunk by a Chinese maritime surveillance vessel. China said that Vietnam’s claims in South China sea are illegal and “doomed to fail.”