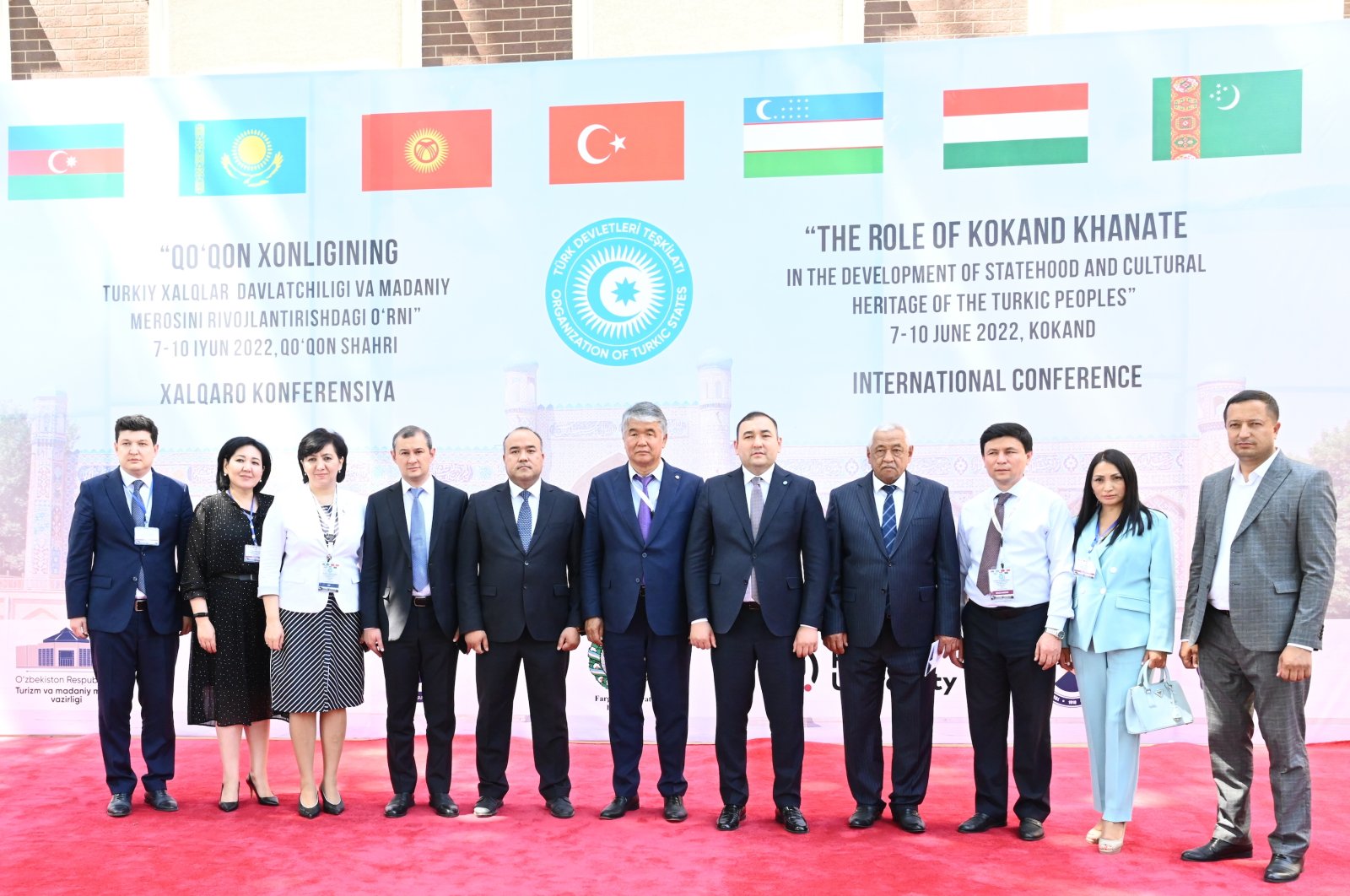 Participants at the "Role of the Kokand Khanate in the Development of Statehood and Cultural Heritage of the Turkic Peoples" conference held in Kokand, Uzbekistan, June 6, 2022. (TURKSOY via AA Photo)
by Anadolu Agency Jun 10, 2022 9:30 pm
RECOMMENDED

An international conference spanning three days dedicated to the Khanate of Kokand concluded in Uzbekistan.

The event was organized as part of the "Tabarruk Ziyarat" initiative put forward by Uzbek President Shavkat Mirziyoyev at the Turkistan Summit and in line with the announcement of Kokand as the Tourism Capital of the Turkic World.

More than 100 participants, including scholars from universities, research institutes of the member and observer states as well as representatives of local academia, attended the event hosted by Kokand University.

Speaking at the opening ceremony on June 8, Uzbek Deputy Prime Minister, Minister of Tourism and Cultural Heritage Aziz Abdukhakimov, underlined the importance of the conference for cultivating new impetus for scientific research on the unexplored aspects of the history of the statehood of the Turkic peoples.

Also, for his part, Secretary General of the International Organization of Turkic Culture (TURKSOY) Sultan Raev said that the cultural values of the Khanate of Kokand and of similar ancient cities of the Turkic World, which are known for their rich history and culture, must be unveiled and widely introduced to the world through such conferences.

Azimov Mirvokhid, deputy secretary general of the Organization of Turkic States, said the event would contribute to further expanding joint activities on researching and popularizing our common history and cultural legacy around the world, strengthening cultural and humanitarian ties, and deepening solidarity among the Turkic people.