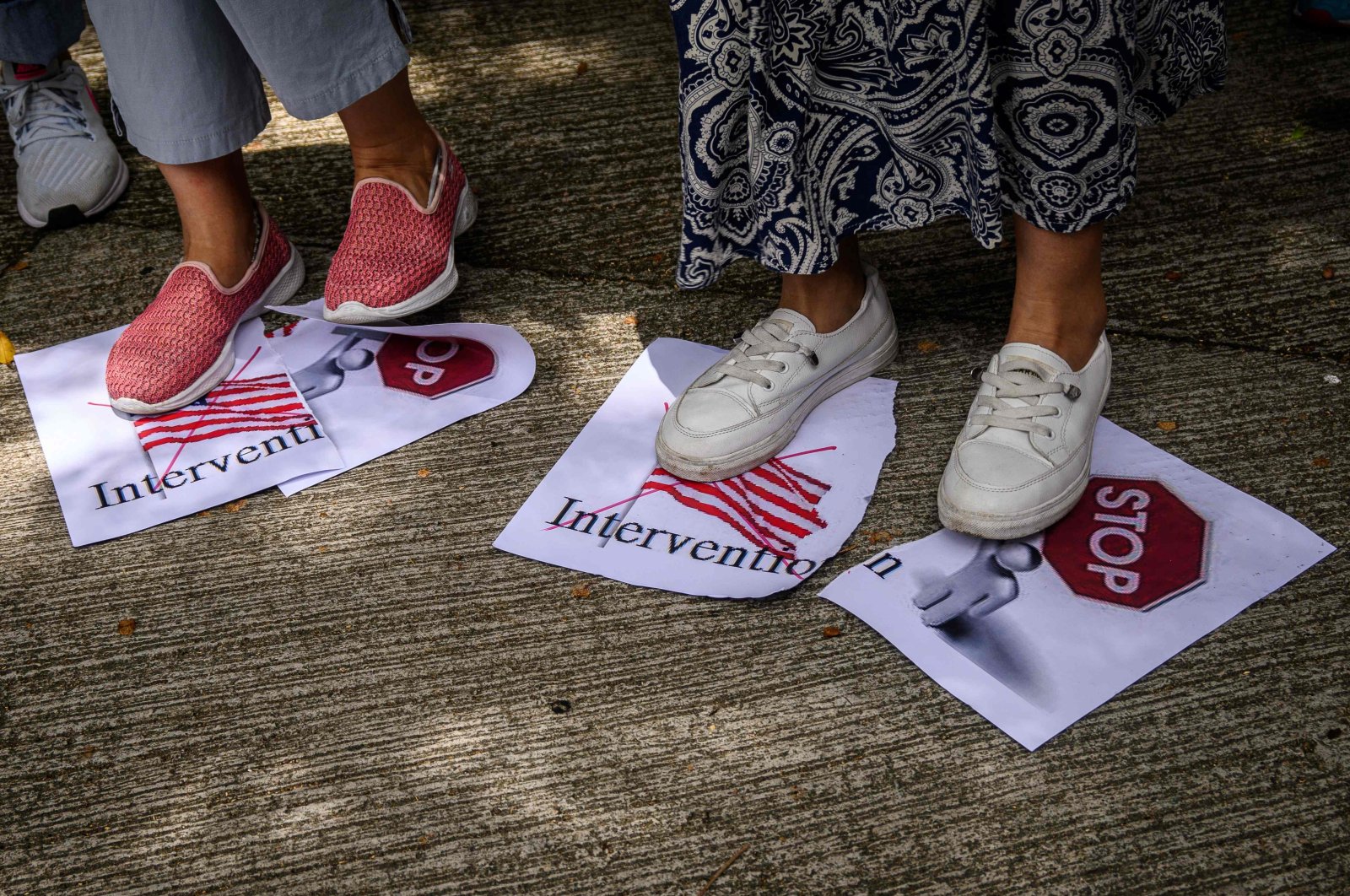 Pro-China activists stand on placards outside the U.S. Consulate General in Hong Kong after the U.S. Senate unanimously approved a bill that would lay out sanctions on Chinese officials who undermine Hong Kong's autonomy, June 26, 2020. (AFP Photo)
by Compiled from Wire Services
Jun 29, 2020 11:43 am

The announcement comes as the top decision-making body of China's parliament deliberates a draft national security law for Hong Kong that pro-democracy activists in the city fear will be used to eliminate dissent and tighten Beijing's control.

Chinese foreign ministry spokesman Zhao Lijian, who announced the new sanctions during a press briefing in response to a question about Washington's new visa restrictions, did not specify which U.S. individuals have been targeted.

"The U.S. is attempting to obstruct China's legislation for safeguarding national security in the HK SAR (Hong Kong Special Administrative Region) by imposing the so-called sanctions, but it will never succeed," he told reporters.

"In response ... China has decided to impose visa restrictions on U.S. individuals with egregious conduct on HK related issues."

U.S. Secretary of State Mike Pompeo said last week that the new visa restrictions by Washington apply to "current and former" officials of China's ruling Communist Party "believed to be responsible for, or complicit in, undermining Hong Kong's high degree of autonomy."

"Today, I am announcing visa restrictions on current and former CCP officials who are believed to be responsible for, or complicit in, undermining Hong Kong’s high degree of autonomy," Pompeo said in a statement.

The U.S. Senate also approved a bill last week that would impose mandatory sanctions on people or companies that back efforts to restrict Hong Kong's autonomy. It includes secondary sanctions on banks that do business with anyone backing any crackdown on the territory's autonomy.

Zhao, the foreign ministry spokesman, told reporters that China has lodged a complaint with the U.S. over the bill and warned that Beijing will respond with strong countermeasures in response to U.S. actions on Hong Kong.