Belarusian activist attempts to kill himself in court 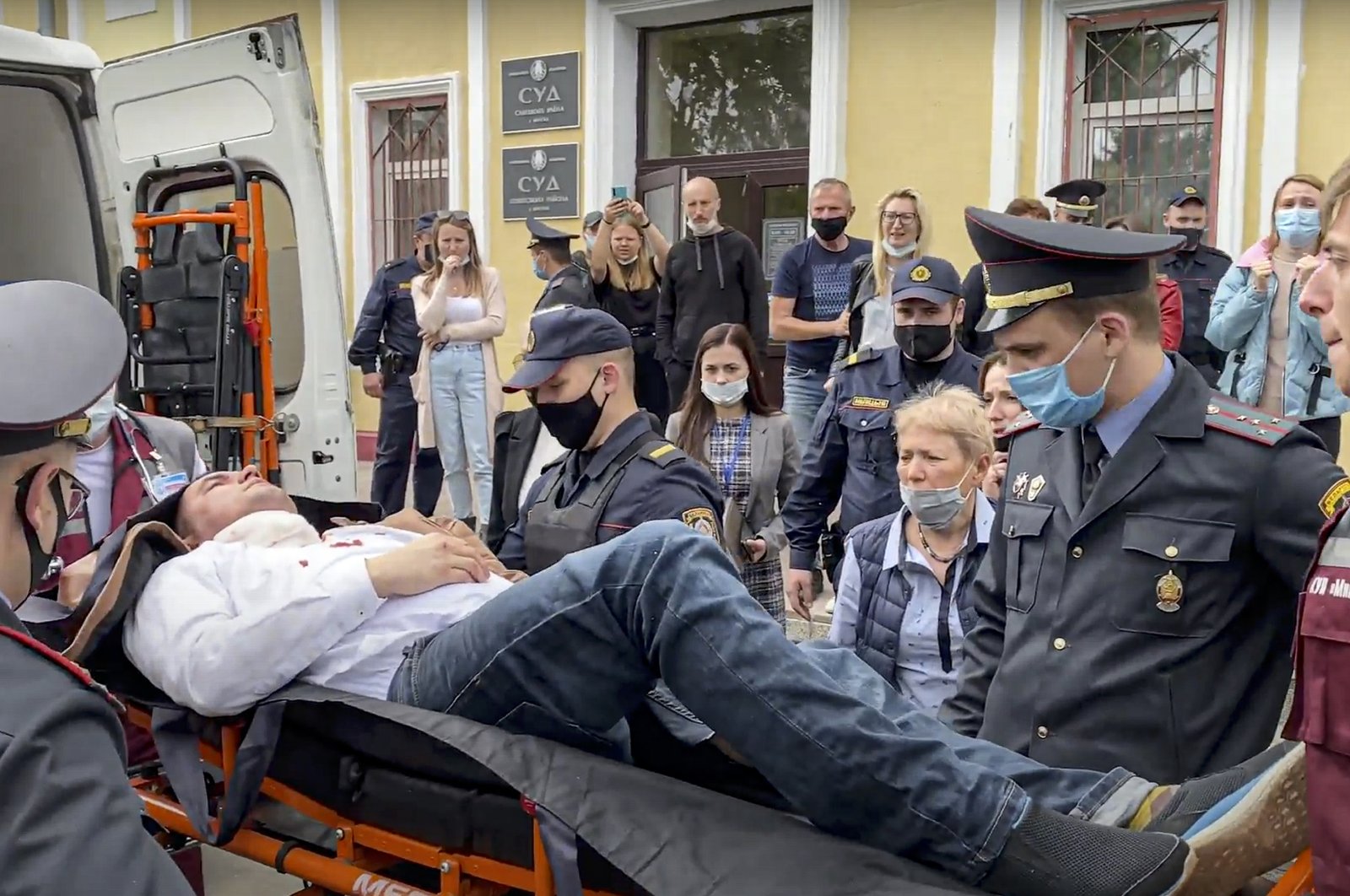 Police officers and paramedics carry Stsiapan Latypau, a Belarusian activist who attempted to kill himself during a court hearing to protest political repression, into an ambulance in Minsk, Belarus, June 1, 2021. (Radio Free Europe/Radio Liberty via AP)
by Associated Press
Jun 01, 2021 6:11 pm

An activist in Belarus stabbed himself in the neck during his court hearing in Minsk Tuesday in an attempt to protest political repression and authorities' threats to prosecute his relatives.

Stsiapan Latypau used a pen to inflict the wound while he was sitting in court in a defendant's cage, according to the Viasna human rights center in Belarus. Videos posted online showed Latypau being carried out of the building in Belarus' capital and put into an ambulance.

He was hospitalized and put into an induced coma, Visana said. His lawyer, Olga Batyuk, wouldn't comment on Latypau's condition.

Before stabbing himself, Latypau told his father during the court proceedings that investigators had threatened to open criminal cases against his relatives and associates if he failed to admit his guilt.

Latypau faces charges of staging actions violating public order, resisting police and other alleged actions that carry a prison sentence of up to 10 years.

He had been in jail since September, when he was arrested during massive protests against Belarus’ authoritarian leader, President Alexander Lukashenko. The protests were triggered by Lukashenko winning a sixth term in an August election that the opposition rejected as rigged.

Authorities responded to the demonstrations with a sweeping crackdown, arresting more than 35,000 and beating thousands. Many of Lukashenko's opponents fled abroad where they live in fear of the authorities pursuing them.

The United States and the European Union have imposed sanctions on Lukashenko and other Belarusian officials for rigging the vote and clamping down on protests. The U.S. and EU introduced new sanctions last week after Belarus diverted an international flight to arrest a dissident journalist.