Dozens of migrants set up protest camp in Paris 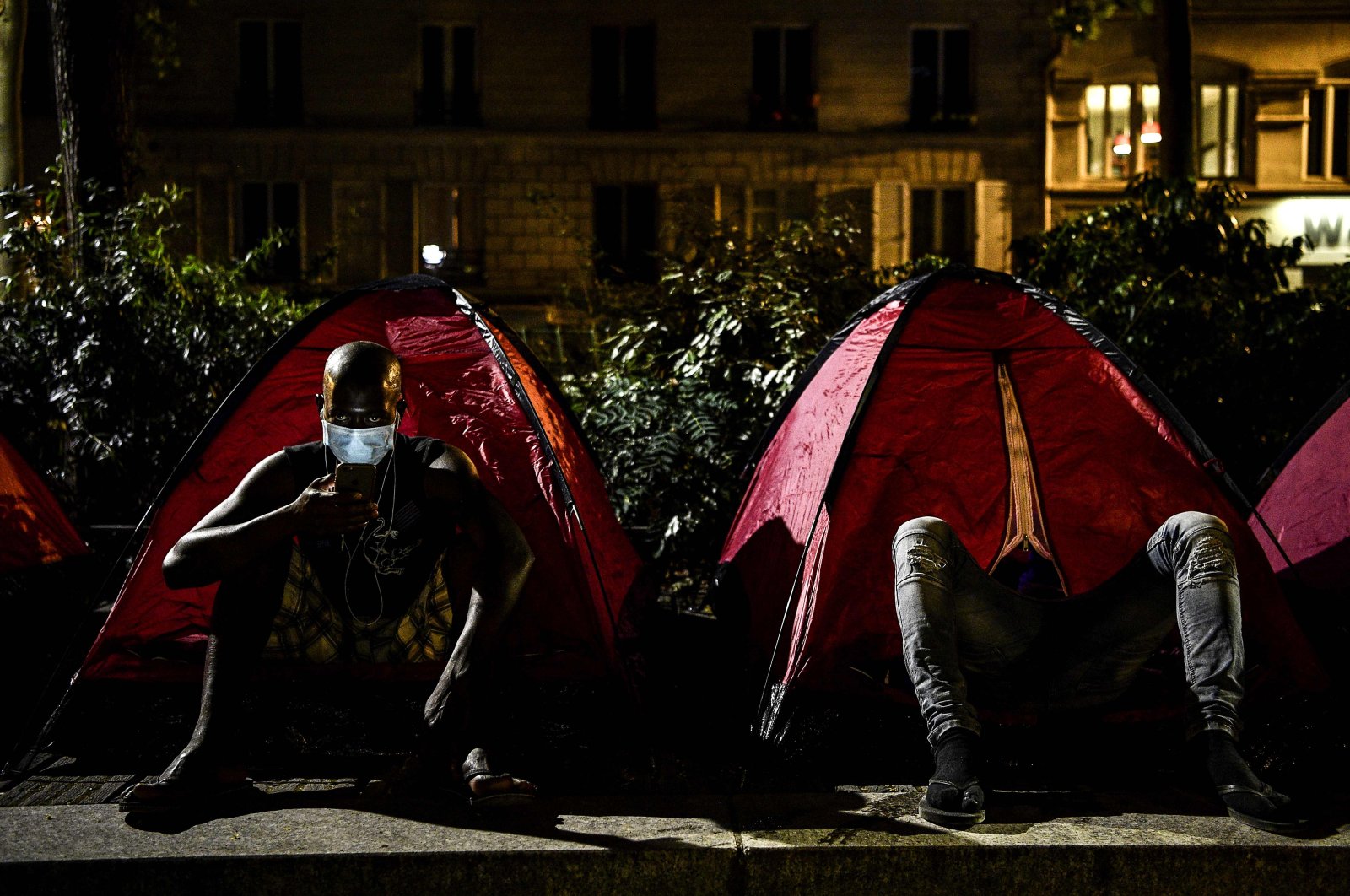 A young migrant checks his phone outside a tent at a makeshift camp set up by volunteers of charities Medecins Sans Frontieres (MSF – Doctors Without Borders) and Utopia 56 at a public park in Paris early on June 30, 2020. (AFP Photo)
by French Press Agency - AFP
Jun 30, 2020 12:44 pm

Dozens of volunteers from Doctors Without Borders (MSF) and other NGOs erected the tents late on Monday at a square near the Place de la Republique, a traditional rallying point for Paris protests.

The volunteers say the migrants are unaccompanied foreign minors, though many have seen their claims rejected by officials who say they are adults.

"I arrived in Paris seven months ago after going through Libya and spending three days on an inflatable boat in the Mediterranean before reaching Lampedusa," said Andre from Ivory Coast, who said he was 17.

But French officials ruled he was not a minor, a decision he has appealed against. In the meantime, he has been sleeping in a hotel thanks to aid groups.

"They have to rely on help from associations for lodging, food and medical care," said Caroline Douay of MSF, estimating roughly 300 foreign minors live in or near Paris.

"Officials in Paris and the surrounding areas have to assume their responsibilities," she said, adding that it was not the job of NGOs to fund such services.

Dozens of camps have sprung up in Paris in recent years, set up by migrants from Africa, the Middle East and South Asia, some hoping for asylum but many others hoping they will reach the northern coast near Calais and eventually Britain.

Most camps are cleared out by police, and the government has vowed to prevent them by opening more shelters for asylum seekers, though it has also stepped up deportations of those whose requests are rejected.

But aid groups said young migrants fighting to be recognized as minors face administrative waits of up to 18 months.

Ayoub, a 17-year-old who said he came from Guinea-Bissau 11 months ago, said he slept some nights in a hotel, others on the streets.

He left his home because he could not go to school there, but he has found himself in the same position in Paris.

These days he does "nothing," he said, except for occasional French lessons provided by aid groups.