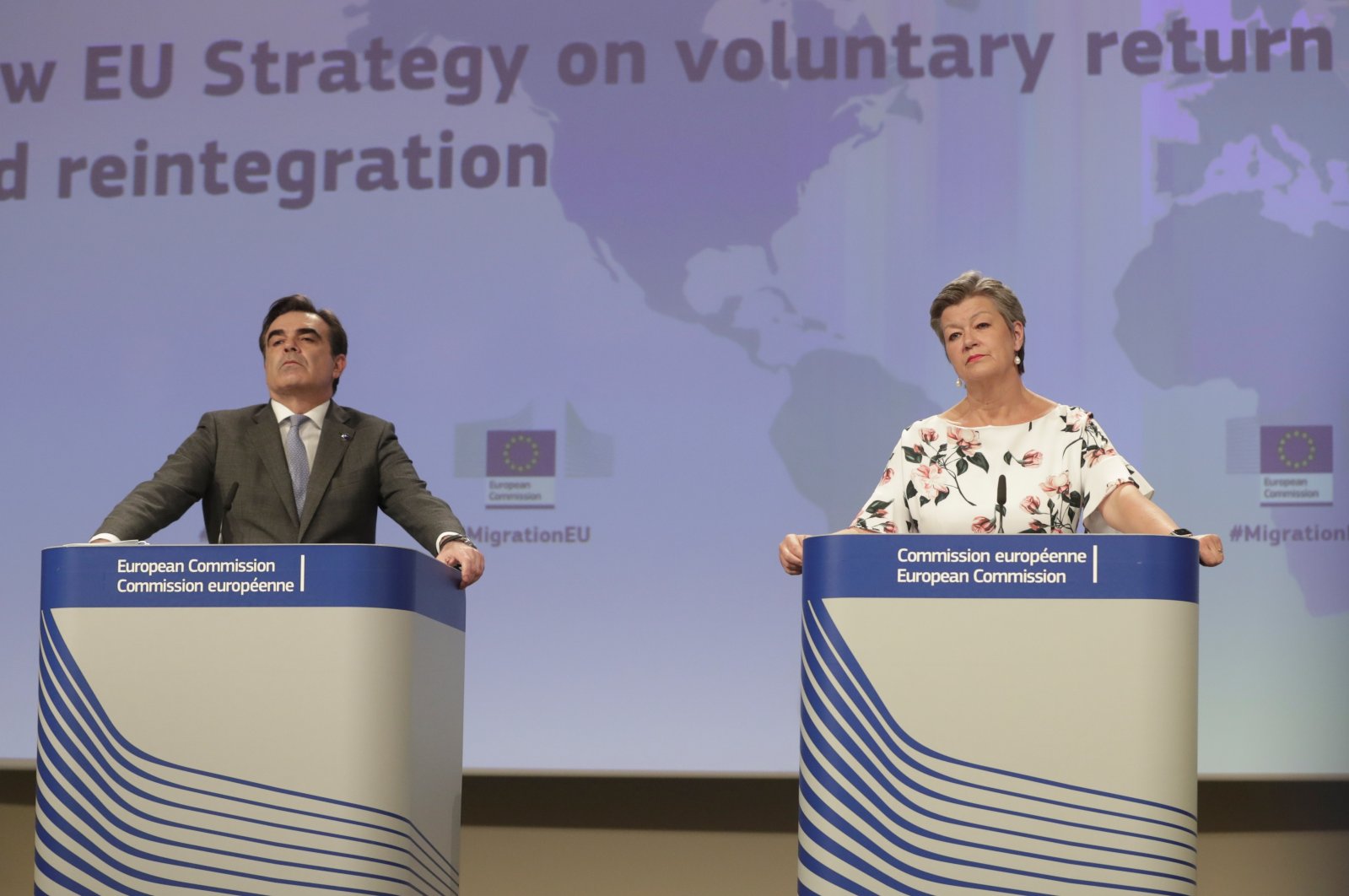 The European Union released a plan Tuesday that aims to encourage migrants who have been refused entry to head back home voluntarily, convince countries to accept their citizens back and help them integrate once they get there.

The new strategy foresees counseling for migrants who arrive without authorization on the benefits of returning home, smoother legal and operational procedures to deport them, and the use of development aid or visa restrictions to convince countries they leave or cross to take them back.

"It is not a secret that the European Union did not do particularly well on returns so far,” European Commission Vice-President Margaritis Schinas told reporters. He said that around half a million people were denied permission to stay in 2019 but that only 142,000 were actually sent back.

The EU has struggled to overhaul its migration and asylum policy since well over 1 million people arrived in Europe without authorization in 2015, most of them refugees from Syria, overwhelming facilities in the Greek islands and Italy.

Their entry sparked one of Europe’s biggest political crises. Nations bickered over who should take responsibility for them, and whether other countries should be obliged to help.

Greece has been under fire for pushing back migrants into the Aegean, a claim that Athens denies while Italy has reportedly impeded the efforts of nongovernmental organizations (NGOs) that operate in the central Mediterranean to rescue migrants.

The European Commission proposed sweeping new reforms last September, but the divisions have not yet been overcome even though migrant arrivals have dropped to a relative trickle.

An important part of those reforms is to address the issue of deportations, known in Brussels under the euphemism of "returns.” Only around one in three migrants denied permission to stay actually return to their home country. Of the few who do, only around 30% agree to go back willingly.

The European Parliament’s research service has estimated that it costs 3,414 euros ($4,120) to forcibly deport someone, compared to about 560 euros ($675) if they go voluntarily. Some migrants already receive free flights, small payments and other incentives to leave.

The low deportation rate is due in part to inefficient EU procedures and the reluctance of many countries that migrants leave or transit through to positively identify their nationals and allow them back in.

"Countries of origin need to be engaged more, need to accept returns, and they also need to engage more with our help on reintegration of people who are coming back,” Schinas said. "This is not only a legal obligation under international law, but it’s also a moral duty for us to help these countries.”

The Commission said the aim is to help home countries set up services to improve the chances that their nationals will feel more welcome and able to find jobs or education. But the EU’s executive branch also underlined that it could impose visa restrictions on countries not willing to take people back.

The plan would give important new powers to manage deportation, and provide assistance to EU member countries, to Frontex, the bloc’s border and coast guard agency. Frontex has been under investigation over alleged rights abuses and mismanagement, accusations it rejects.