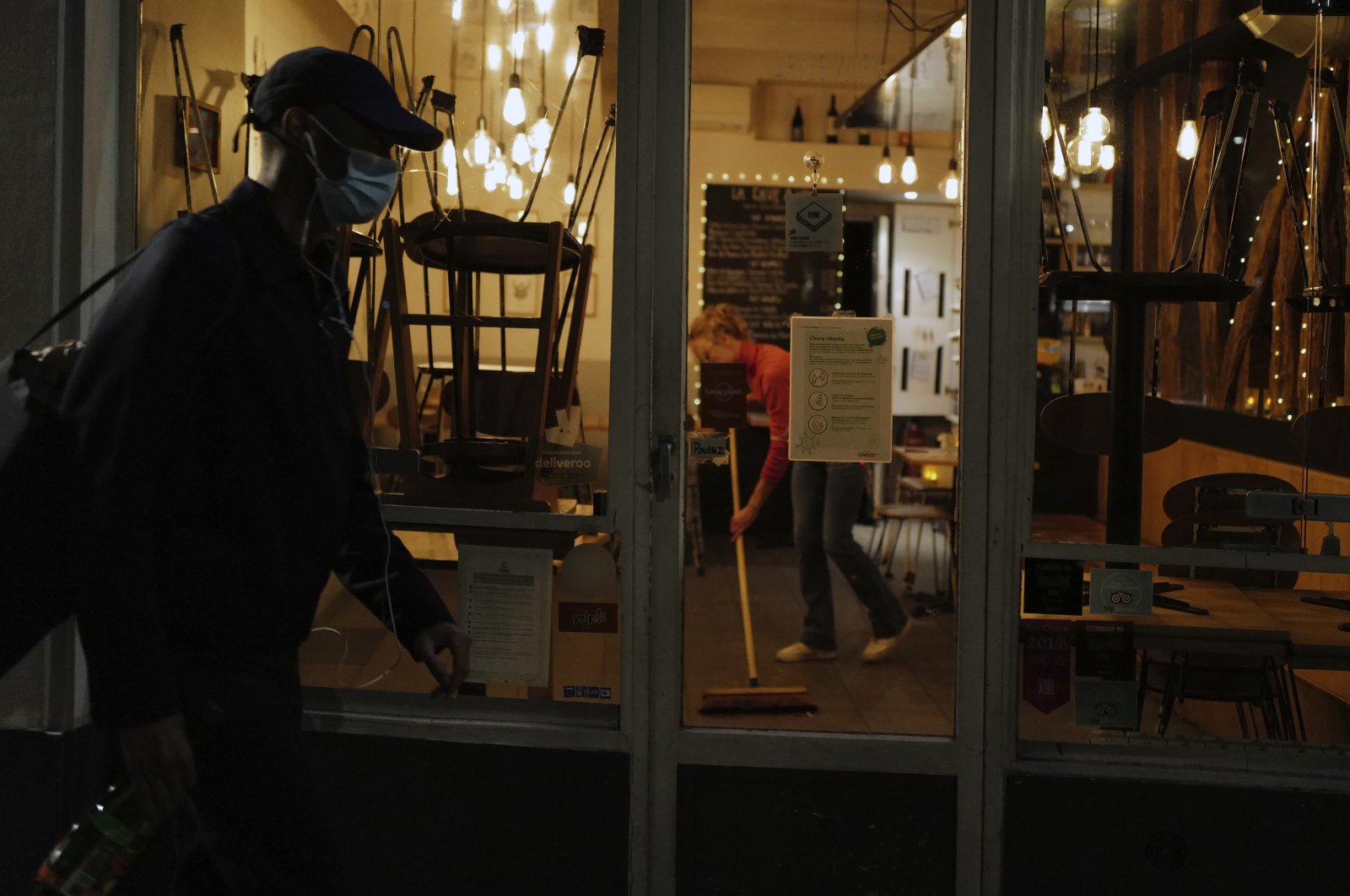 "We need a few days to confirm the trends, but if they are confirmed, we'll have no choice but to put it on maximum alert, from Monday," he said.

"That would imply that people in Paris and suburbs would have to drastically limit their social interactions ... no more family gatherings, no more evenings out, and a total closure of bars," he added.

"We're in a phase where the situation is worsening."

So far, only the southern city of Marseille and the Caribbean territory of Guadeloupe have been placed on maximum alert, leading to bar as well as restaurant closures, and a shutdown of public venues such as museums and cinemas unless strict safeguards are in place.

But Veran said five other cities – Lille, Lyon, Grenoble, Toulouse and Saint-Etienne – could also be placed on maximum alert next week.

The government has said it will take every precaution necessary to avoid a new state of emergency that would require a generalized lockdown like the one imposed at the height of the outbreak, from mid-March to mid-May.

According to the health authorities, the number of cases per 100,000 residents in Paris has risen to 259.6, above the alert threshold of 250.

Veran also said 30 to 35% of intensive care beds are occupied by coronavirus patients in Paris and surrounding communes, again above the critical level of 30%.

However, faced with the fury of restaurant owners in Marseille who say the total shutdown is threatening their livelihoods, Veran said officials could ease the restrictions.

"The government is going to study the sanitary proposals and study the rules for restaurants, including in maximum alert zones," he said.

If approved by health authorities, "that could allow restaurants to remain completely or partially opened, but with reinforced sanitary rules," he said, suggesting that Paris eateries could remain open.

Veran and Prime Minister Jean Castex met with mayors of Paris and other large cities Thursday, saying the authorities would wait and see if the measures already taken were slowing the virus's spread.

The government has insisted that education, cultural life and above all economic activity must continue despite the epidemic, and the streets of Paris have so far kept up their customary bustle.

According to the health ministry, 13,970 new COVID-19 infections were recorded in France on Thursday and 63 deaths from the virus, bringing the toll to 32,019.

Of the roughly 5,000 intensive care beds available across the country, over 1,250 are currently treating COVID-19 patients, a sharp increase in recent weeks but still far below the peak of 7,000 last spring.