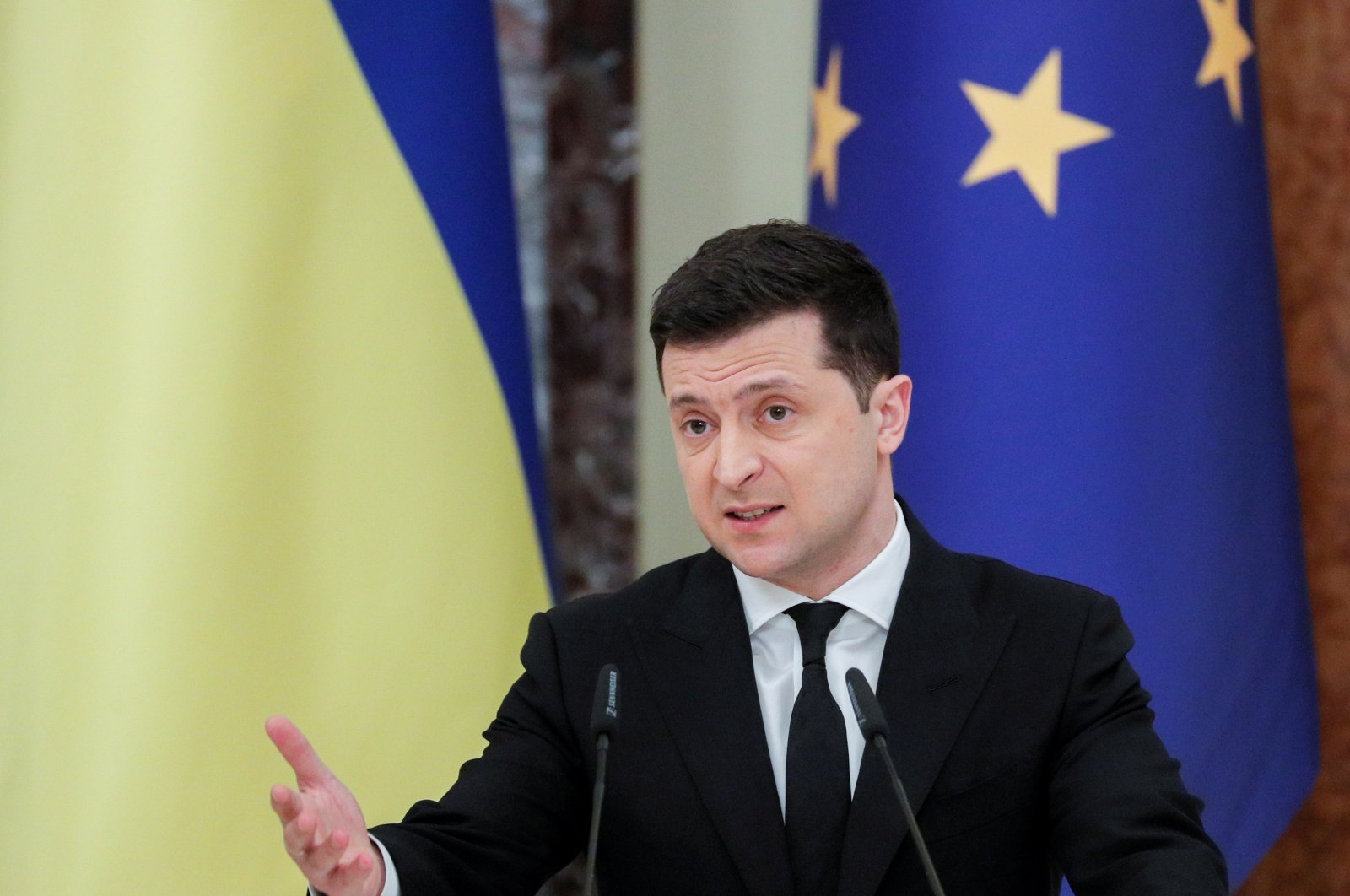 Ukrainian President Volodymyr Zelenskiy said Tuesday that a path towards membership of NATO was the only way to end the war in the eastern Donbass region after holding a phone call with the transatlantic military alliance's Secretary-General Jens Stoltenberg.

He also called on NATO member states to strengthen their military presence in the Black Sea region to act as a "powerful deterrent" to Russia.

Recent troop movements along the Crimean border have heightened tensions between Russia and the United States, with Moscow warning the West against sending troops to Ukraine.

As Kyiv accused Moscow of building up a military presence on its border, the U.S. pledged earlier Thursday to stand by Ukraine in the event of Russian "aggression".

The Kremlin said Monday that Russian forces movements along the eastern Ukrainian border posed no threat to the country or others, a day after senior European Union diplomats discussed a reported buildup of troops with Kyiv.