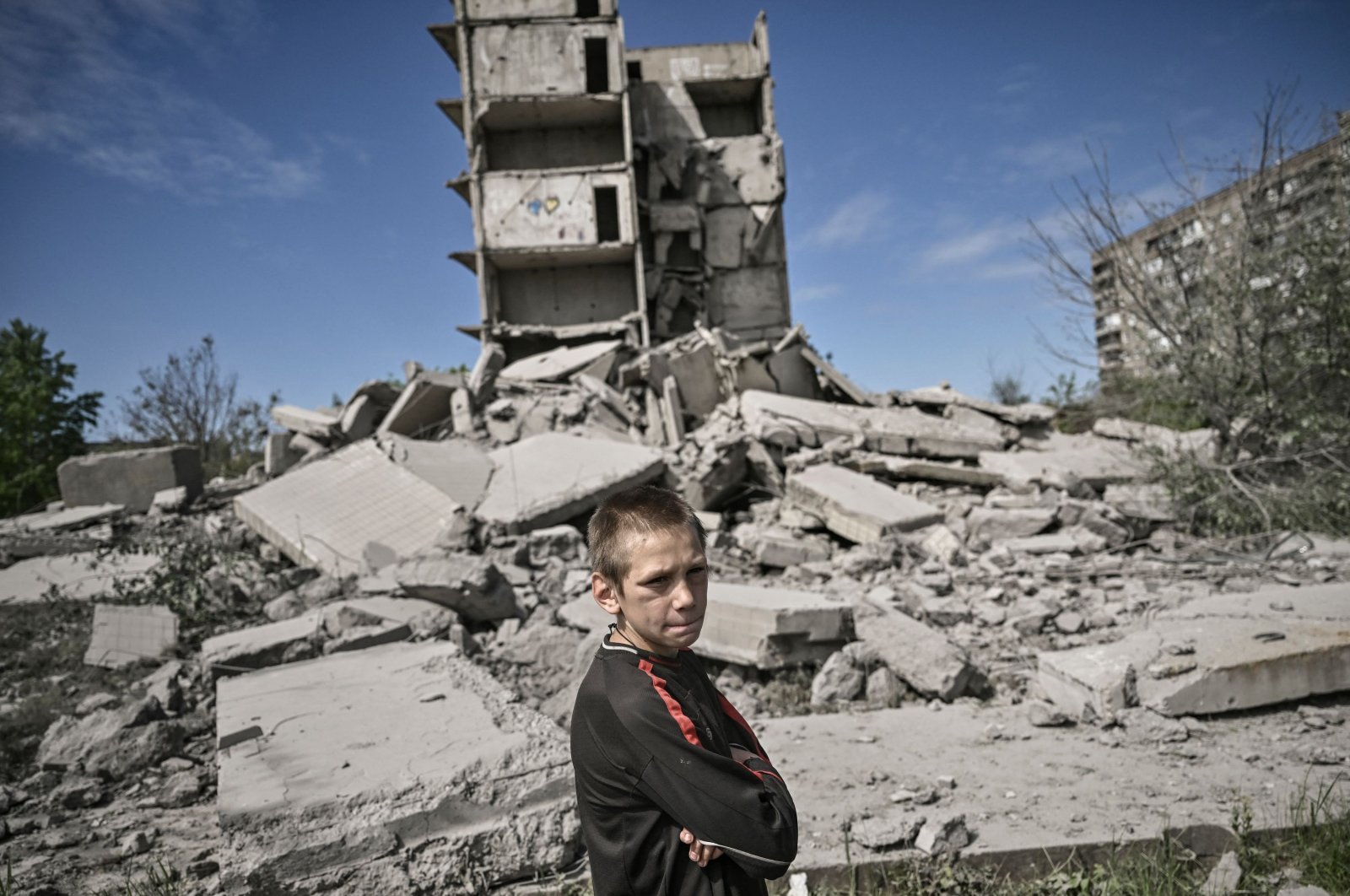 'Everything now is focused on the Donbass,' said Ukraine, noting that Russian forces have continued attempts to press their offensive in the east and also launched airstrikes at infrastructure facilities across the country

After failing to seize Ukraine's capital Kyiv or its second city Kharkiv in its three-month-old war, Russia is trying to wrest full control of the Donbass on behalf of separatists. The industrial region comprises the Luhansk and Donetsk provinces.

Russia has poured thousands of troops into the region, attacking from three sides in an attempt to encircle Ukrainian forces holding out in the city of Severodonetsk and its twin, Lysychansk. Their fall would leave the whole of Luhansk province under Russian control, a main Kremlin war aim.

"Everything now is focused on the Donbass," Ukrainian Interior Ministry adviser Vadym Denisenko told a briefing.

He said the situation was very tense as 25 Russian battalion tactical groups attempted to surround the Ukrainian forces.

The Joint Task Force of Ukraine's armed forces said the Russians had shelled more than 40 towns in the region, destroying or damaging 47 civilian sites, including 38 homes and a school.

"As a result of this shelling five civilians died and 12 were wounded," it said on Facebook, adding that 10 Russian attacks had been repelled, four of its tanks and four drones destroyed, and 62 "enemy soldiers" killed.

Zelenskyy has said Russian troops heavily outnumber Ukrainian forces in some parts of the east and Kyiv has been trying unsuccessfully to arrange a prisoner swap with Moscow.

Meanwhile, the General Staff of the Ukrainian military said Thursday that the Russian forces have continued attempts to press their offensive in several sections of the frontline in the east and also launched missile and air strikes at infrastructure facilities across the country.

Russian Defense Ministry spokesperson Maj. Gen. Igor Konashenkov said Thursday that the Russian warplanes hit the railway station in Pokrovsk when an assault brigade that arrived to reinforce the Ukrainian forces in the region was unloading there.

"There are a lot of prisoners," Miroshnik said. "Now the total number is somewhere in the region of 8,000. That's a lot, and literally hundreds are being added every day."

Reuters was unable to independently confirm the battlefield reports.

As Russia seeks to solidify its grip on the territory it has seized, President Vladimir Putin signed a decree simplifying the process for residents of newly captured districts to acquire Russian citizenship and passports.

The Russian parliament scrapped the upper age limit for contractual service in the military on Wednesday, highlighting the need to replace lost troops.

'A lot of prisoners'

The number of Ukrainian prisoners of war held in the Russian-backed self-proclaimed Luhansk and Donetsk People's Republics number is increasing daily, Luhansk official Rodion Miroshnik was quoted by TASS news agency as saying.

"There are a lot of prisoners," Miroshnik said. "Now the total number is somewhere in the region of 8,000. That's a lot, and literally hundreds are being added every day."

Reuters was unable to independently confirm the battlefield reports of either side.

In a late night video address, Zelenskyy, commenting on the new Russian enlistment rules, said: "(They) no longer have enough young men, but they still have the will to fight. It will still take time to crush this will."

Zelenskyy savaged suggestions that Kyiv give up territory and make concessions to end the war with Russia, saying the idea smacked of attempts to appease Nazi Germany in 1938.

Zelenskyy also said this week the conflict could only be ended with direct talks between him and Putin.

Russia calls its actions in Ukraine a "special operation" to disarm Ukraine and protect it from fascists. Ukraine and the West say the fascist allegation is baseless and the war is an unprovoked act of aggression.

Ukraine and the West say Russian forces have targeted civilians and have engaged in war crimes, accusations that Russia rejects. A 21-year-old Russian tank commander was jailed for life this week after being found guilty of war crimes for killing an unarmed civilian.

Police in Lysychansk are burying the bodies of civilians in mass graves, Luhansk regional governor Serhiy Gaidai said. Some 150 people have been buried in a grave in one district, he added.

Families of the people buried would be able to carry out a reburial after the war, and police are issuing documents enabling Ukrainians to secure death certificates for loved ones, Gaidai said.