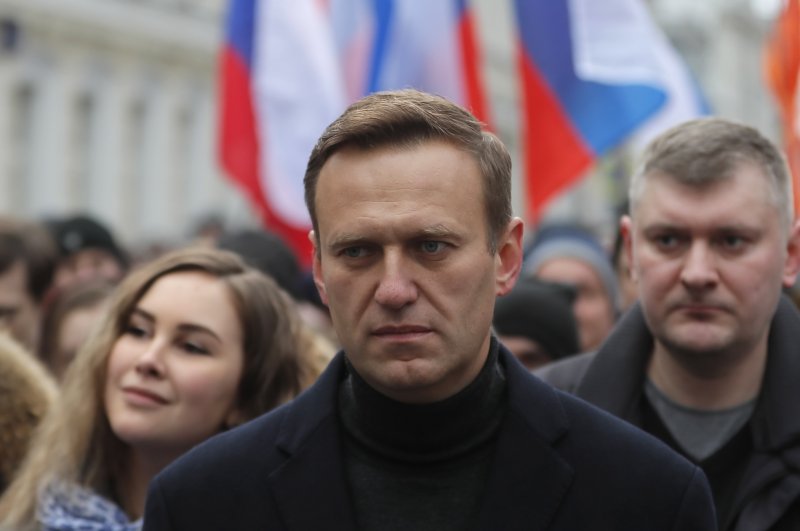 Russia's main opposition leader Alexei Navalny said Tuesday that authorities had frozen all of his bank accounts and those of his family, including his elderly parents.

The 43-year-old anti-corruption blogger, who has emerged as President Vladimir Putin's most prominent critic, accused Russian authorities of seeking to strangle him financially at a time when the Kremlin appears to be seeking to consolidate power during a sensitive transition period.

"All accounts have been blocked," Navalny said on Twitter.

His spokeswoman Kira Yarmysh told AFP that the accounts had been frozen due to a money-laundering probe against Navalny's Anti-Corruption Foundation.

Navalny said that because of the blocked accounts his daughter, who is a student at Stanford University, was without money and that his retired parents could not receive their pensions.

"This is quite unpleasant, I won't deny it. My parents are elderly people, pensioners," he wrote in a blog post.

"My child is studying at the other end of the planet by herself – she's been left without a single cent."

Investigators last summer launched a money-laundering probe into Navalny's foundation, which seeks donations from the public, accusing it of taking money that was procured illegally.

In August, a Moscow district court froze 75 million rubles ($1.1 million) held in accounts by the foundation and staff members.

Navalny said his personal accounts had until now remained untouched.

Ivan Zhdanov, the director of Navalny's foundation, said authorities had also blocked the bank accounts of his family.

Navalny said on Tuesday the Kremlin was retaliating against his "smart voting" campaign, which saw a number of Kremlin-friendly candidates lose their seats in local elections last September.

The opposition leader has said he will promote the same strategy ahead of next year's parliamentary elections, which some analysts have said could be moved forward.

In April, Russians are also expected to vote on controversial constitutional amendments that many believe are designed to extend Putin's hold on power after his current term ends in 2024.

"The fear of 'Smart voting' is so great that there's a need to strangle (the Anti-Corruption Foundation) on all fronts without thinking about the impression they make," Navalny said, vowing to pummel the ruling United Russia party in the upcoming ballots.

Putin has submitted to parliament a number of proposed constitutional reforms, including amendments that mention God and stipulate that marriage is a union between a man and woman.

Asked to comment on claims that Navalny is being punished for his activism, Putin's spokesman Dmitry Peskov said: "The Kremlin does not deal with bank accounts of Russian citizens."

Navalny has organized some of the biggest protests against Putin in recent years.

In the run-up to the September local elections, Navalny and his supporters organized a wave of protests after popular opposition politicians were barred from standing in the Moscow municipal election, prompting a massive police crackdown.

Heeding his call to take to the streets, more than 22,000 people rallied in central Moscow on the weekend, calling on Putin not to stay in power indefinitely.

Navalny on Tuesday repeated calls to support his foundation and asked for advice about how to open a bank account abroad.

"It is obvious that the Russian banking system will not be available to either me or my relatives in the near future," he said.