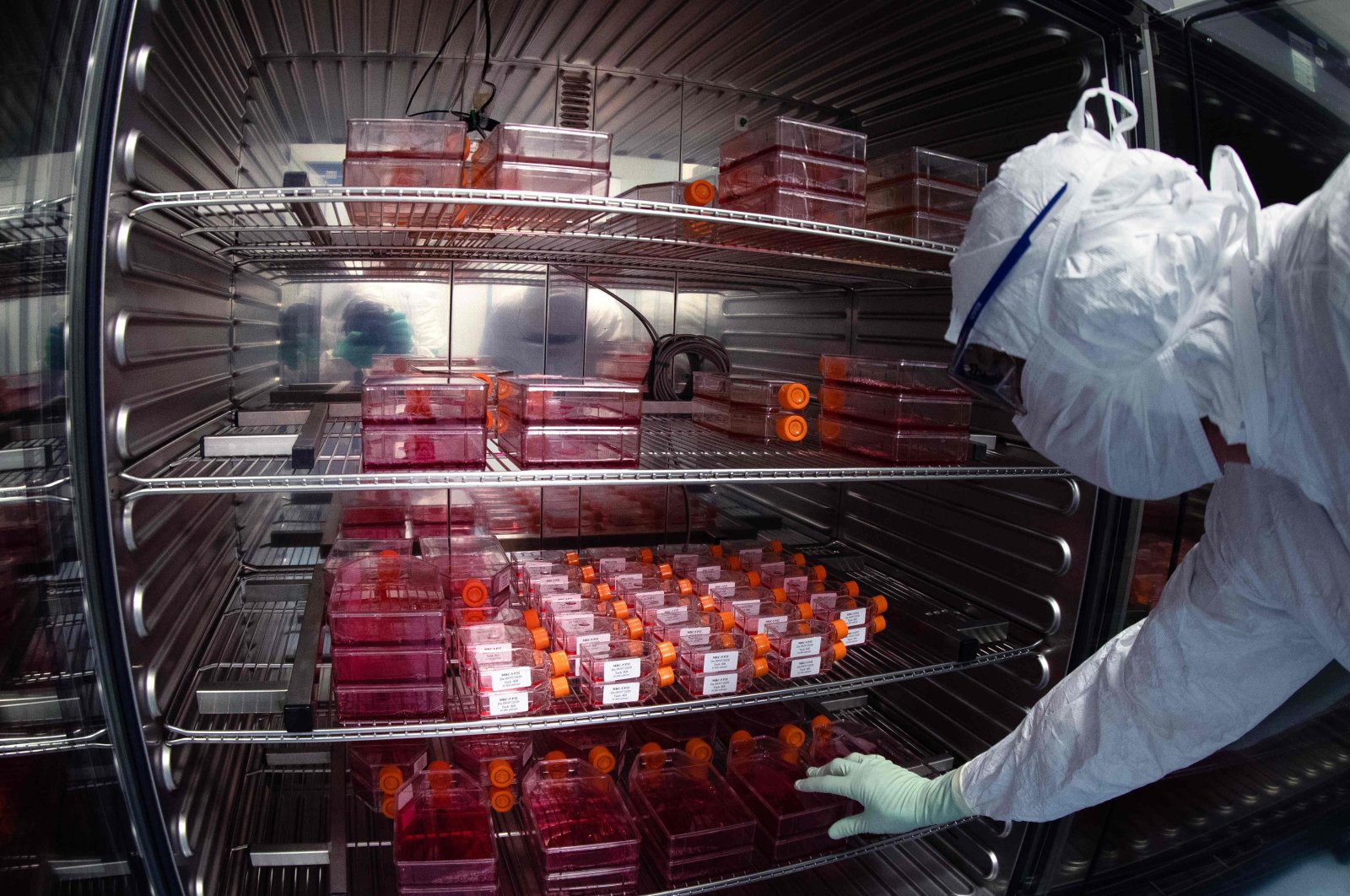 The European Union announced Friday that it had struck a deal with French pharmaceutical giant Sanofi for 300 million doses of a potential coronavirus vaccine.

The European Commission, the bloc's executive arm that negotiated the agreement, said it would allow all 27 member countries to purchase the vaccine once it was proven to be safe and effective.

The announcement comes on the same day the U.S. government said it would provide up to $2.1 billion to Sanofi and GlaxoSmithKline (GSK) for the development of a COVID-19 vaccine, as the world continues to battle the pandemic.

As official data revealed coronavirus lockdowns had caused a devastating 12% economic contraction in the EU in the second quarter of 2020, European Commission President Ursula von der Leyen said the bloc was doing everything it could to help find a vaccine.

"We are in advanced discussions with several other companies," she said in a statement, adding that Europe was investing in a "diversified portfolio of promising vaccines."

"This increases our chances to obtain rapidly an effective remedy against the virus."

Sanofi hopes to seek marketing authorization from the European Medicines Agency for a vaccine in June next year.

The French government welcomed Friday's announcement as a "decisive step."

"This future contract will allow each EU member state to order the vaccine under good conditions once it has shown enough proof of its effectiveness and safety," the French government said in a statement.

It has now been six months since the World Health Organization (WHO) declared a global emergency, with the coronavirus infecting more than 17 million people and global daily cases now approaching 300,000.

Europe overall has nearly 210,000 deaths from 3.2 million cases, and with infections rising again in several countries there are fears a "second wave" of the pandemic could be on the way.

The highly restrictive lockdowns enforced to deal with the pandemic earlier this year have caused economic turmoil and an effective vaccine may be the only long-term solution to the highly contagious respiratory disease.