Spain fights wildfires as it suffocates in heat wave 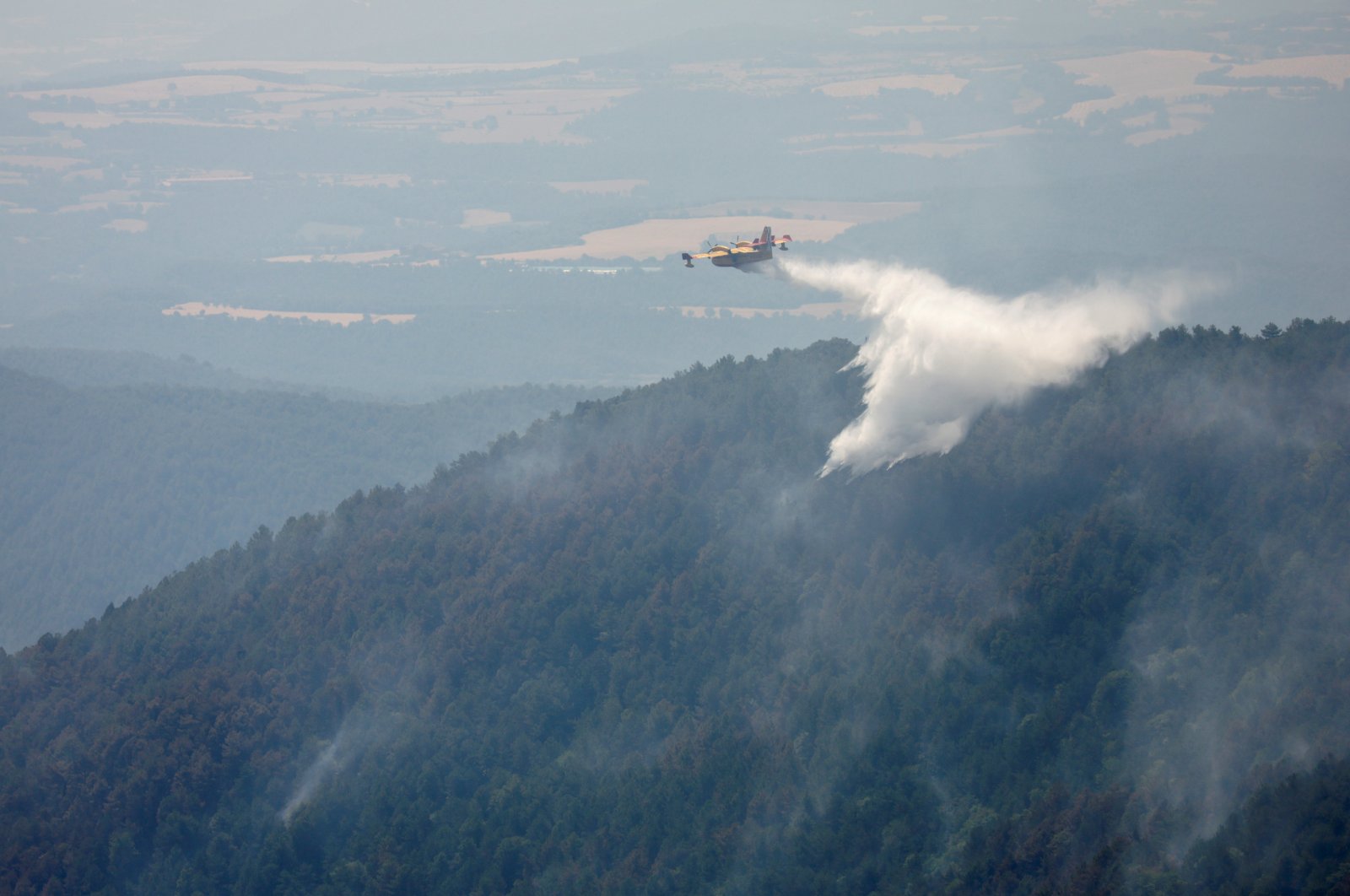 Firefighters on Saturday struggled to bring raging wildfires under control in Spain and people sought relief with fans, shade and plenty of water as an unseasonable heat wave brought temperatures near record levels.

Spain was heading toward its hottest early summer temperatures in decades, with forecasts of between 40-42 degrees Celsius (104-108 degrees Fahrenheit) in Zaragoza in the northeast and areas of Navarre and La Rioja in northern Spain, according to the national weather agency AEMET.

Many areas of Western Europe have been sweltering under unseasonably hot temperatures over the past few days, compounding climate change fears.

In Zaragoza, forecast to sizzle under Spain's highest temperature of 42 degrees Celsius on Saturday, people at a farmers market waved fans and newspapers, stood in the shade and kept hydrated. By 4 p.m. the temperature had reached 40.9 degrees Celsius.

Dry and windy conditions have caused wildfires in several areas, with Zamora, near the border with Portugal, among the worst hit.

Almost 20,000 hectares of land had been burned in the Sierra de la Culebra mountain range and the fire was "still active," said a tweet from the regional government of Castile and Leon, where Zamora is located.

On Saturday afternoon, it said 11 villages had been evacuated and some 500 firefighters were working to put out the flames.

There have been no reports of deaths or injuries.

In Catalonia, firefighters who were trying to bring a fire under control in Baldomar said they expected Saturday to be "complicated" by "very high temperatures and a strong southerly wind."

Flames crackled and raged high into the air on the outskirts of the village of Caudiel, in Castellon, eastern Spain.

Firefighters, wearing masks, goggles and helmets, struggled to bring the flames under control. They helped evacuate residents, some of whom dragged along their pet dogs and horses, as smoke wafted through the village.

"This is evidence of climate change," Bernardo Funes, 63, a stallholder and organic farmer in Zaragoza, told Reuters. "It's very worrying because ... we've already had highs of 34, 35 degrees in May and now in June, it's something like 44 degrees."

Outside the city's grand cathedral, Marisa Gutierrez was sitting beneath a shaded canopy that displayed the lottery tickets she was selling.

"It's been very bad, with a hot wind that felt as if it was from the desert," she told Reuters. "This isn't normal ... at this time of year there's usually a pleasant temperature but not this heat."

Meanwhile, at a stag do in the city center, participants, dressed as Romans, said they were having to drink as much water as beer.