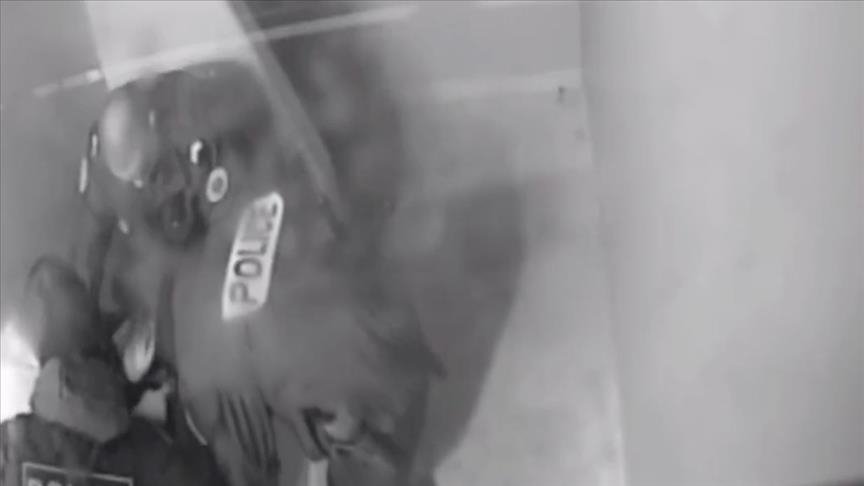 After the emergence of new video footage contradicting police accounts, Turkey is pressing France to explain the death in police custody of a Turkish man last year.

Merter Keskin, 35, died sometime between Jan. 12-13 in the eastern town of Selestat, with recently disclosed footage showing he was handcuffed and tackled by officers using a technique known as "ventral plating."

Foreign Ministry spokesperson Tanju Bilgiç said on Saturday that the Turkish side contacted French judicial authorities and an investigation is ongoing.

What is shown in the newly obtained images "does not comply with the rule of law," he said

"In this context, we expect the reasons behind the death of our citizen to be clarified as soon as possible."

In new footage recently acquired by Anadolu Agency (AA), police officers can be seen bringing Keskin into the station, walking calmly with his hands handcuffed behind his back.

The video contradicts police claims that Keskin was uncooperative and restless in custody.

Keskin is then seen lying motionless on a bench in the cell. An officer checks if he is breathing, then lifts his arm before letting it drop to the floor.

After a few moments, two police officers lift him off the bench and place him on the floor, with Keskin still showing no signs of life.

One then removes his shirt and taps him twice on the face before starting chest compressions.

The video appears to show officers wasting about two minutes after initially realizing Keskin had stopped breathing before trying to resuscitate him.