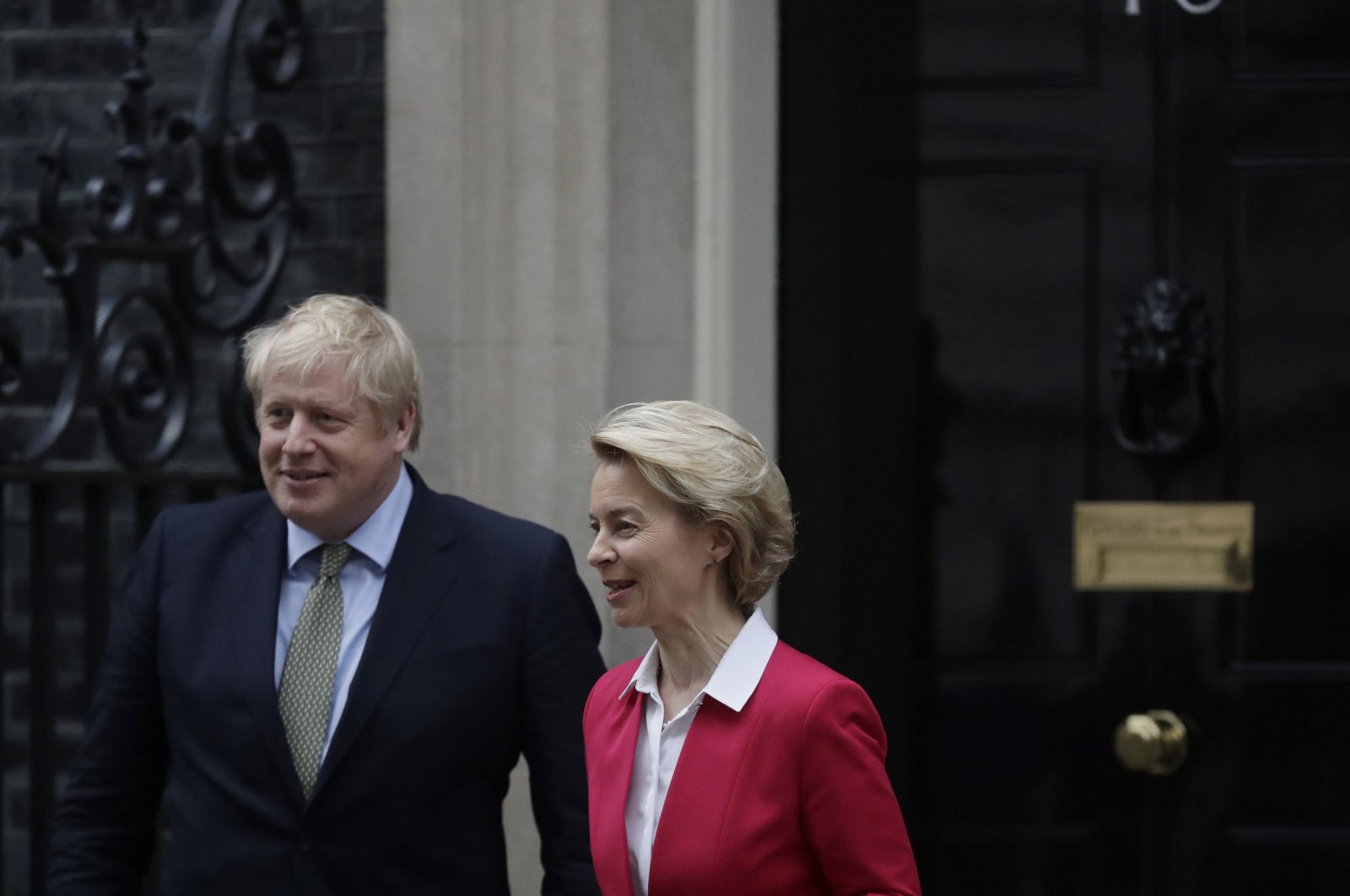 Britain's prime minister and the head of the European Union told their chief negotiators Saturday to get back together and push "intensively" to strike a post-Brexit trade deal before time runs out in a matter of weeks.

In a joint statement, the two said that "progress had been made in recent weeks but that significant gaps remained, notably but not only in the areas of fisheries, the level playing field, and governance."

The statement said they instructed their chief negotiators to work intensively to try to bridge those gaps.

The U.K.'s chief negotiator, David Frost, said on Twitter that he would begin talks with EU counterpart Michel Barnier "as soon as we can next week."

Britain left the EU politically in January after more than 45 years of membership but remains economically tied to the bloc until a Brexit transition period ends on Dec. 31.

The two parties are trying to strike a rudimentary trade deal before then, to avoid a barrage of uncertainty, tariffs and red tape that would hurt economies on both sides.

But while negotiators have inched close to an agreement in many areas during six months of talks, they remain deadlocked over European fishing boats’ access to U.K. waters, and over the level of support governments can give to the industry. The EU is concerned that British plans to subsidize sectors such as technology will amount to unfair competition.

"We want a deal because we think it is better to have a deal as neighbors – also, on top of these COVID times with devastating impact on the economies," she said. "But not at any price."

Johnson said before Saturday's call that "there’s a good deal to be done" with the EU.

Johnson told reporters that the U.K. wants a free trade deal along the lines of the one the EU has with Canada but is also prepared for negotiations to fail.

"We’re resolved on either course, we’re prepared for either course and we’ll make it work, but it’s very much up to our friends and partners," Johnson said.

Mujtaba Rahman, managing director for Europe at political consultancy the Eurasia Group, said the "sober" joint statement showed both sides were now serious about a deal – but that success still was not guaranteed.

"I think both sides have a good understanding of a landing zone," Rahman told the BBC.

"It's not really a policy problem. I think both sides believe a deal is doable ... it’s more a political question" of whether leaders in Britain and the EU can sell compromise to their people, he said.

Johnson says an Oct. 15-16 EU summit is effectively the deadline for a deal if it is to be ratified by year's end, though EU officials think talks may drag on beyond then.

Johnson insists that Britain will thrive even if it ends the transition period without a deal. But economists say it would be a heavy blow, introducing tariffs and other barriers to trade with the EU, which accounts for almost half of the U.K.’s trade.

Talks have been soured by Britain’s decision last month to introduce a bill that breaches the legally binding divorce agreement it struck with the bloc less than a year ago.

The EU has launched legal action against the U.K. over the Internal Market Bill, which if passed into law will undermine the EU’s previously agreed oversight of trade to and from Northern Ireland, which shares a border with EU member Ireland.

The EU is furious that Britain plans to breach portions of the withdrawal treaty that were put in place to maintain an open Irish border, which has underpinned peace since Northern Ireland’s 1998 Good Friday accord.

The U.K. government insists it respects the peace accord and the Brexit withdrawal agreement, but it says it wants the law as a "safety net" in case the EU makes unreasonable demands after Brexit that could impede trade between Northern Ireland and the rest of the U.K.