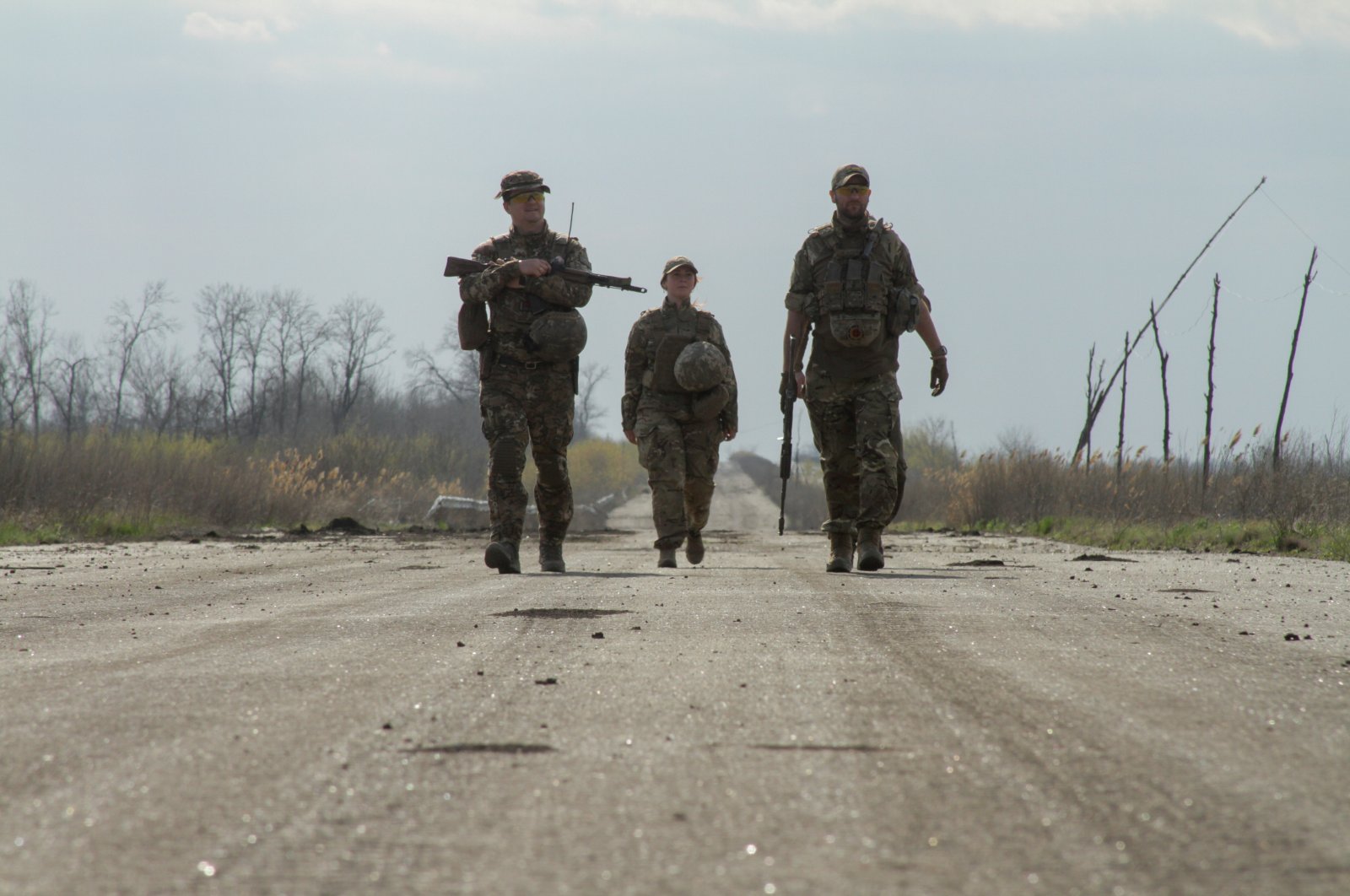 Service members of the Ukrainian armed forces walk along a road near the line of separation outside the rebel-controlled city of Donetsk, Ukraine, April 26, 2021. (Reuters/Serhiy Takhmazov Photo)
by Daily Sabah with Reuters Apr 27, 2021 2:44 pm
RECOMMENDED

Ukraine's foreign ministry said Tuesday that the country will reciprocate the Russian government's decision to declare its diplomat in Moscow as "persona non grata" with action against the Russian consul in the port city of Odessa.

Ukraine said Tuesday that in response to Kremlin's actions the country will declare the Russian consul in the port city of Odessa as "persona non grata."

Russia and Ukraine also expelled a diplomat each earlier this month after Moscow accused a Ukrainian consul in St. Petersburg of trying to obtain classified information.

While the tensions between the two countries continue, the two leaders will likely meet to discuss the conflict in eastern Ukraine, Ukrainian President Volodymyr Zelenskiy said Monday, adding that all sides were at the "finish line" of agreeing on a new cease-fire.

Zelenskiy has sought a meeting with Russian President Vladimir Putin after the two countries traded blame over a spike in clashes in the Donbass conflict and a buildup of Russian troops near Ukraine's eastern border and in annexed Crimea.

Russia began a troop pullback last week and Putin said he was willing to meet Zelenskiy in Moscow. Zelenskiy said he had instructed his chief of staff to contact the Kremlin to discuss when and where the two leaders could meet.

Ukrainian troops have battled Russian-backed forces in eastern Ukraine in a conflict that Kyiv says has killed 14,000 people since 2014. More than 30 Ukrainian soldiers have been killed this year after the cease-fire agreed last July collapsed.