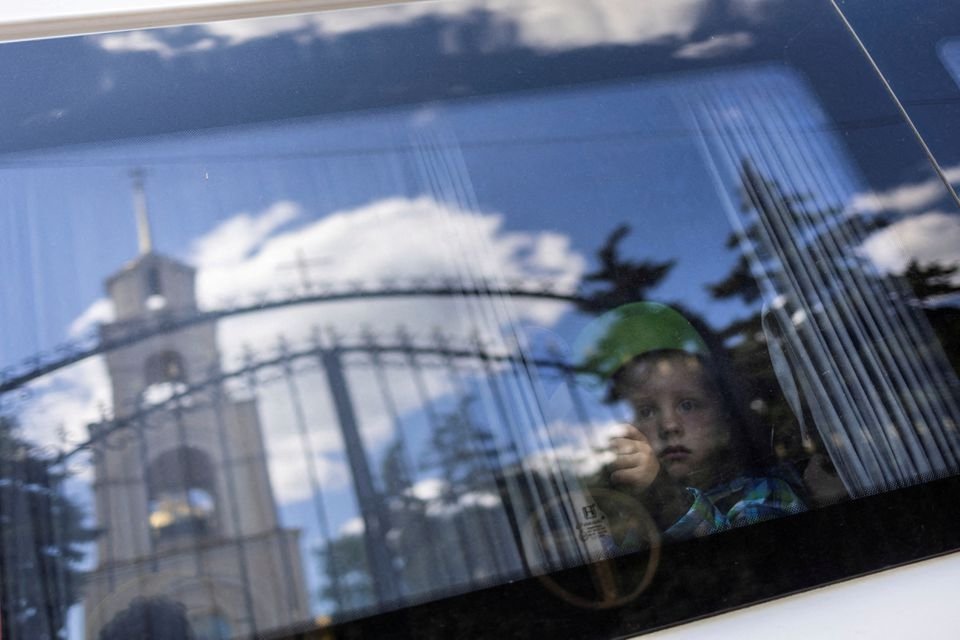 Their comments signaled that Russia sees no quick end to the fighting while seeking to dispel any impression that the drawn-out and costly "special military operation" has stalled.

Ukraine and its Western allies say the reality is that Russia has lost momentum after running into fierce Ukrainian resistance and suffering heavy losses in both men and equipment.

"Cease-fires are being declared and humanitarian corridors are being created in order to get people out of surrounded settlements," Shoigu said in televised remarks on day 90 of the war.

"Of course, this slows down the pace of the offensive, but this is done deliberately to avoid casualties among the civilian population," he told the defense ministers of the Collective Security Treaty Organisation (CSTO), a military alliance of Russia and five other former Soviet republics.

In separate comments, Nikolai Patrushev, secretary of Putin's Security Council, said all of Putin's goals in Ukraine would be met because truth was on Russia's side.

"We are not chasing deadlines," he said in a newspaper interview that restated Russia's aim of "denazifying" Ukraine – something Kyiv and the West reject as a false pretext for war.

"Nazism must be 100% eradicated, or it will raise its head again in a few years, in an even uglier form," Patrushev said.

Despite Shoigu's comments on sparing civilians, the United Nations has recorded 3,930 civilian casualties during the conflict. Russia has repeatedly denied targeting civilian areas, and accused Ukraine, without evidence, of using people as "human shields."