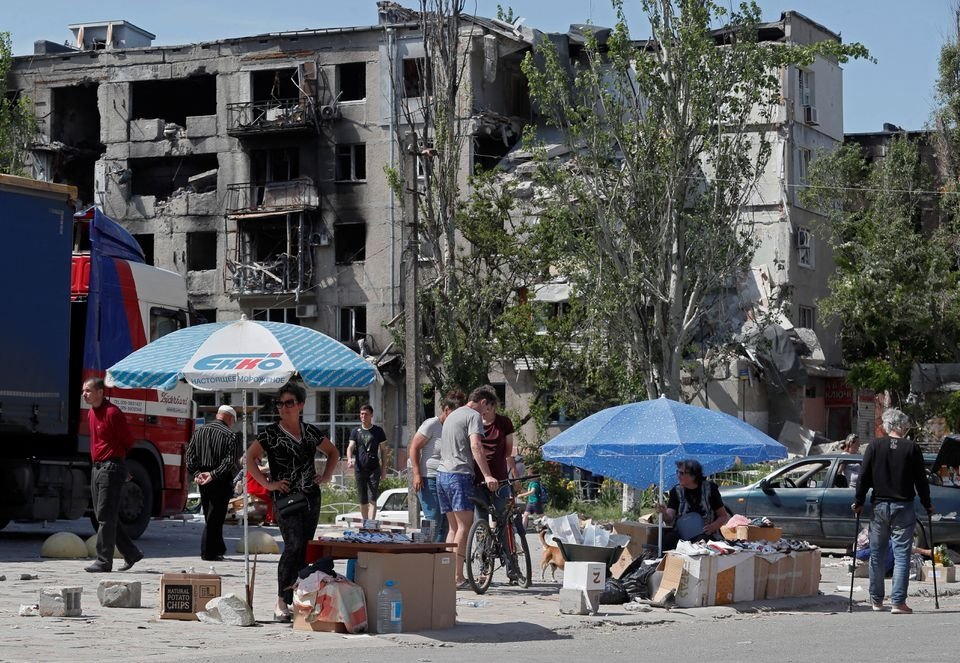 Street vendors sell goods during Ukraine-Russia conflict in the southern port city of Mariupol, Ukraine, May 30, 2022. (Reuters Photo)
by Agencies Jun 10, 2022 9:56 am

Ukraine's southern city of Mariupol is at risk of a major cholera outbreak, Britain's defense ministry said Friday, as medical services are already near collapse.

There is likely also a critical shortage of medicines in Kherson, Britain's defense ministry said in a Twitter update.

Find out more about the UK government's response: https://t.co/eMOeSJOmbI

Russia is struggling to provide basic public services to the population in Russian-occupied territories, it added.

Last month, World Health Organization (WHO) Ukraine Incident Manager, Dorit Nitzan, said Mariupol, which is now controlled by Russian forces after weeks of siege and heavy bombardment, was among the occupied areas with a risk of cholera.

Cholera is an acute form of diarrhea that is treatable with antibiotics and hydration but can kill within hours if left untreated. Cholera is caused by a germ that is typically transmitted by poor sanitation. People become infected when they swallow food or water carrying the bug.