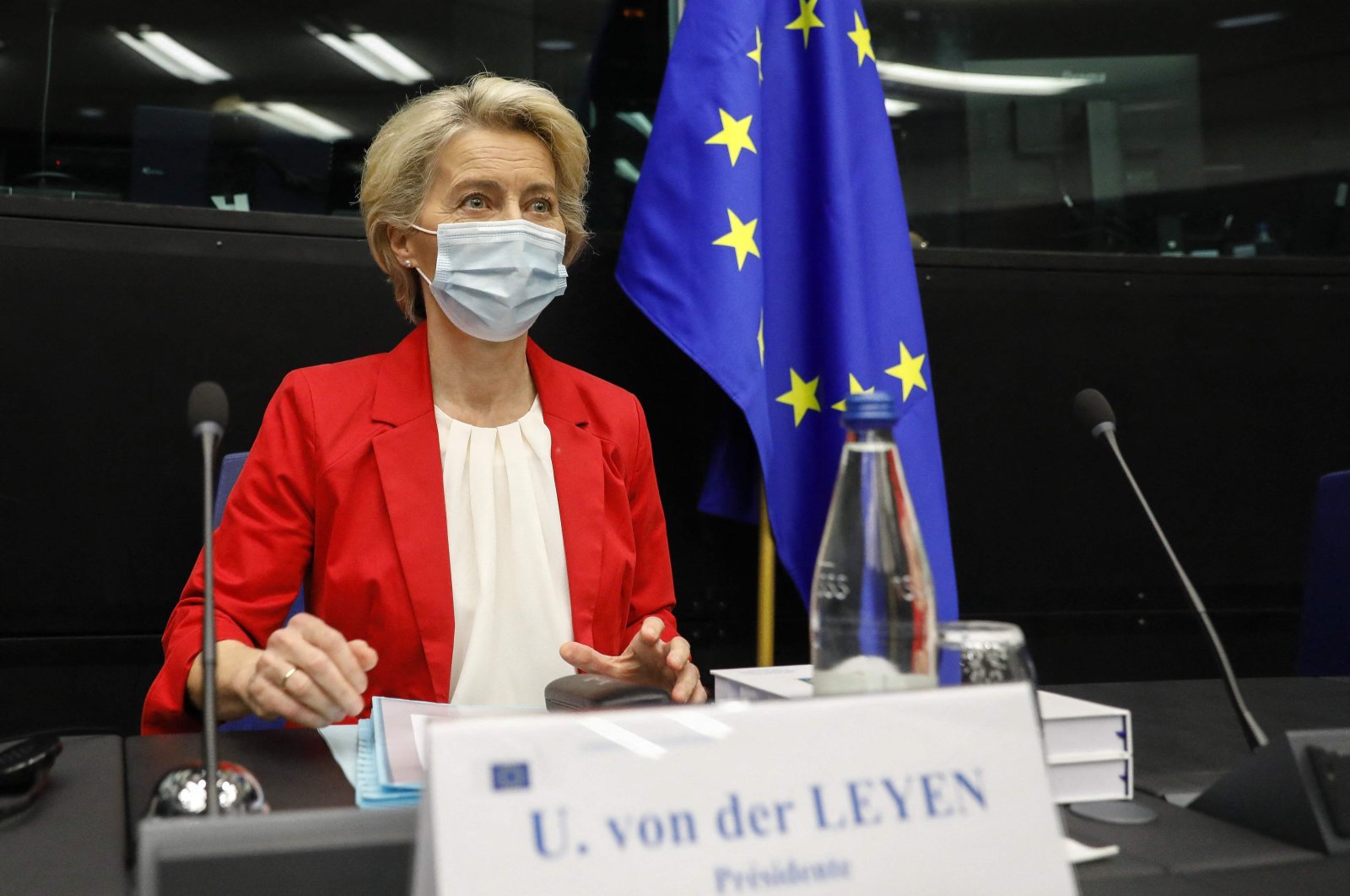 European Commission President Ursula von der Leyen, wearing a mask, poses prior to the start of the meeting of the College of Commissioners at the European Parliament in Strasbourg, France, Sept. 14, 2021. (AFP Photo)
by Agencies Sep 15, 2021 10:31 am
RECOMMENDED

"Our first and most urgent priority is to speed up global vaccination," she told the European Parliament in Strasbourg, France, according to remarks carried by Agence France-Presse (AFP). "We have already committed to share 250 million doses of vaccine. I can announce today that our mission will add a new donation of another 200 million doses until the middle of next year," she said.

Von der Leyen asserted that the pace of vaccination against COVID-19 must be quickened across the globe to avert "a pandemic of the non-vaccinated." Her second "state of the union" address since she took over as European Commission president comes after two years, which has tested the resilience of the bloc with the COVID-19 pandemic, a sharp economic downturn and strains over Brexit.

"Let's make sure that it does not turn into a pandemic of the non-vaccinated," von der Leyen told EU lawmakers, adding that she was also worried by the disparities in vaccination rates among the EU's member states.

"The next year will be another test of character," she said.

At the end of August, 70% of the adult population in the 27-nation EU had been fully vaccinated against COVID-19. This marked a milestone after a slow start but also masked big differences among EU countries. By mid-April, 100 million doses of COVID-19 vaccines had been administered to EU citizens.

Nineteen EU member states could have their economies back at pre-pandemic levels this year, with the others following next year, she said, as Reuters reported.

Von der Leyen, wore a mask emblazoned with the EU flag's circle of 12 gold stars, greeting lawmakers at the assembly ahead of her speech with fist bumps.

The former German defense minister has put tackling climate change at the top of her agenda, with bold steps for the EU to achieve climate neutrality by 2050, along with a digital transformation of its economy. Critics say she has fallen short of promises to make the commission more "geopolitical" as the EU struggles to assert its influence in foreign affairs.