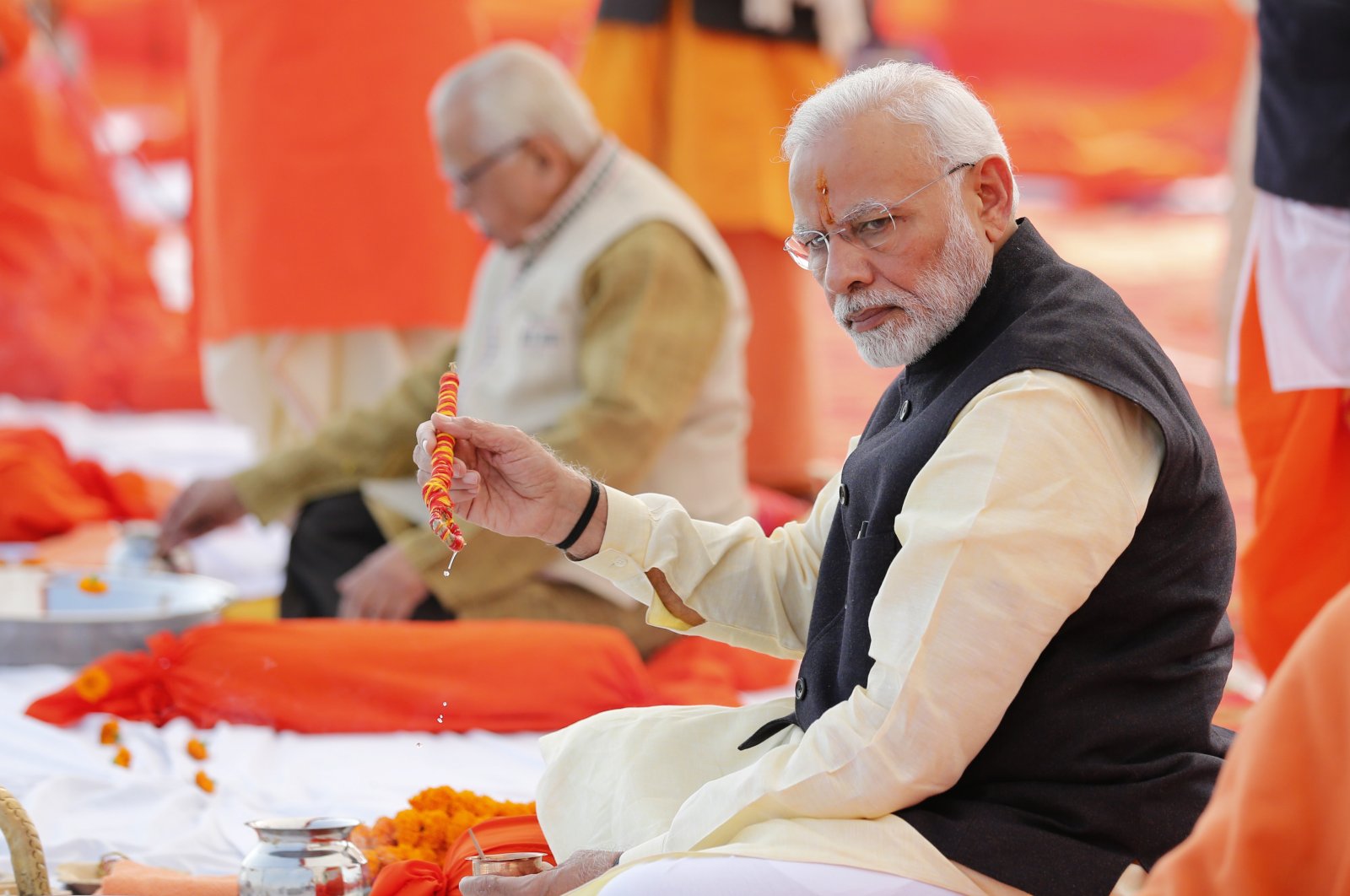 India's government sought on Monday to calm anger at home and from Muslim-majority countries after two officials of the ruling Bharatiya Janata Party (BJP) made remarks about the Prophet Muhammad during a TV debate, with 38 people arrested for rioting in a northern city and a protest planned later in Mumbai.

The arrests in the city of Kanpur were part of an effort to quell sporadic religious tension that arose after two officials from Prime Minister Narendra Modi's Hindu nationalist BJP made remarks that have generated widespread anger among Muslims in India and overseas. Some of India's top officials were engaged in managing the diplomatic fallout as nations including Qatar, Saudi Arabia, Oman, the United Arab Emirates, Afghanistan, Pakistan and Iran demanded an apology from the government for allowing the derogatory remarks, an Indian foreign ministry official said.

Over the weekend, Indian diplomats stationed in the Gulf and neighboring Islamic nations were summoned by officials in those countries to protest against the comments by BJP officials.

The Organisation of Islamic Cooperation (OIC), in a statement, said: "These insults come in the context of the increasing intensity in hatred of and insults to Islam in India and the systematic harassment of Muslims." The influential 57-member body cited the latest decision to ban the hijab at educational institutions in several Indian states and the destruction of Muslim property to highlight what it said was the Indian government's bias.

"The outrageous act is deeply hurtful and clearly indicates extreme level of hate against Muslims and other religions in India," it said.

India's Foreign Ministry said in a statement the offensive tweets and comments did not, in any way, reflect the views of the government.

"Strong action has already been taken against these individuals by relevant bodies ... It is regrettable that OIC Secretariat has yet again chosen to make motivated, misleading and mischievous comments," said Arindam Bagchi, a government spokesperson.

The BJP suspended a spokesperson and expelled another official on Sunday for hurting the religious sentiments of a minority community.

Muslims make up around 13% of India's 1.35 billion people. Protests were planned against the anti-Muslim remarks in the financial capital Mumbai on Monday.

The U.S. State Department in its annual report to the Congress on international religious freedom released in June, alleged that attacks on members of minority communities, including killings, assaults, and intimidation, took place in India throughout 2021.

Saudi Arabia, the birthplace of Islam and home of its two holiest sites, welcomed the action taken by the BJP to suspend the spokesperson from work.

A senior official at the Qatar Embassy in New Delhi said Modi's government must publicly distance itself from the comments.

"Hurting our religious sentiments can directly impact economic ties," the official said, adding they were checking reports about boycott of Indian goods by some supermarket owners in Qatar.

India's trade with the Gulf Cooperation Council (GCC), which includes Kuwait, Qatar, Saudi Arabia, Bahrain, Oman and the UAE, stood around $90 billion in 2020-21. Millions of Indians live and work in GCC countries.

Prime Minister Modi in recent years has strengthened economic ties with the energy-rich nations, the top source for the country's fuel imports.