Afghanistan's President Ghani calls on Taliban to give up war 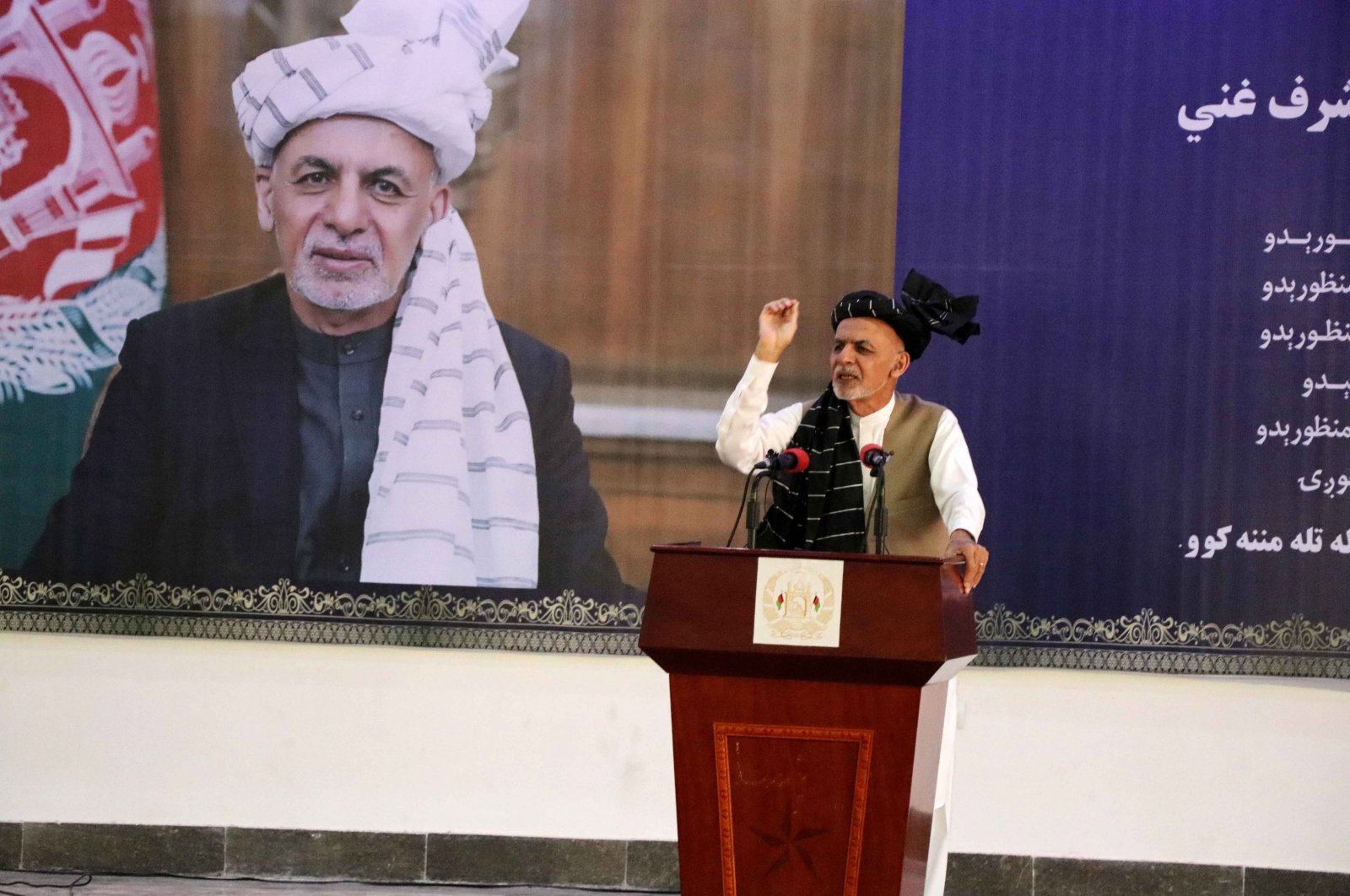 The Taliban should give up the war and turn to a democratic mechanism to share power, Afghan President Ashraf Ghani said Wednesday.

In his message on the occasion of the 29th anniversary of the toppling of the pro-Soviet government in Kabul by the Mujahideen, the Afghan president offered a share in power to the Taliban, provided the group ends the war and bloodshed.

He said lessons must be learned from the bitter experiences of the past and wisdom applied in the peace process.

"No one in Afghanistan can impose will on the people through war and violence, it is time for the Taliban to give up the war and turn to democratic mechanisms to share power," said Ghani in a televised address.

He recalled that Afghanistan plunged into political and security chaos, and witnessed destruction after the successful struggle against the Red Army.

The president also added that though Afghanistan is again facing a complicated situation, similar critical issues were overcome thanks to the harmony among its people and the nation's unity, which will once again provide "a cohesive and unified voice" to establish peace.

The country has recently witnessed a flare-up of violence since U.S. President Joe Biden unveiled the departure plan for American troops with September as the exit date.

Khalilzad said Washington and its allies will sanction the Taliban if they pursue a military takeover of Afghanistan. In his testimony, the seasoned diplomat of Afghanistan said the U.S. will renew its commitment to a results-focused peace process between the Afghan government and the Taliban. "It has been evident now for years that there is no military solution to a conflict in Afghanistan that has now gone on for over 40 years. A negotiated settlement within the country itself, supported by the regional powers, is the only path to sustainable stability," he said.

Khalilzad also underlined Pakistan's role in supporting peace. "We have urged Pakistan's leaders to exercise their considerable leverage over the Taliban to reduce violence and support a negotiated settlement," he noted, adding that Pakistan's leaders have emphasized publicly and to U.S. officials that they do not support a military takeover by the Taliban. "I believe they understand that not only Afghanistan, but their country too will face grave consequences in the event of a return to a wider civil war."

Hours before his speech, the State Department advised U.S. citizens "wishing to depart Afghanistan should leave as soon as possible" and ordered nonessential U.S. Embassy workers to leave the country, saying "travel to all areas of Afghanistan is unsafe."