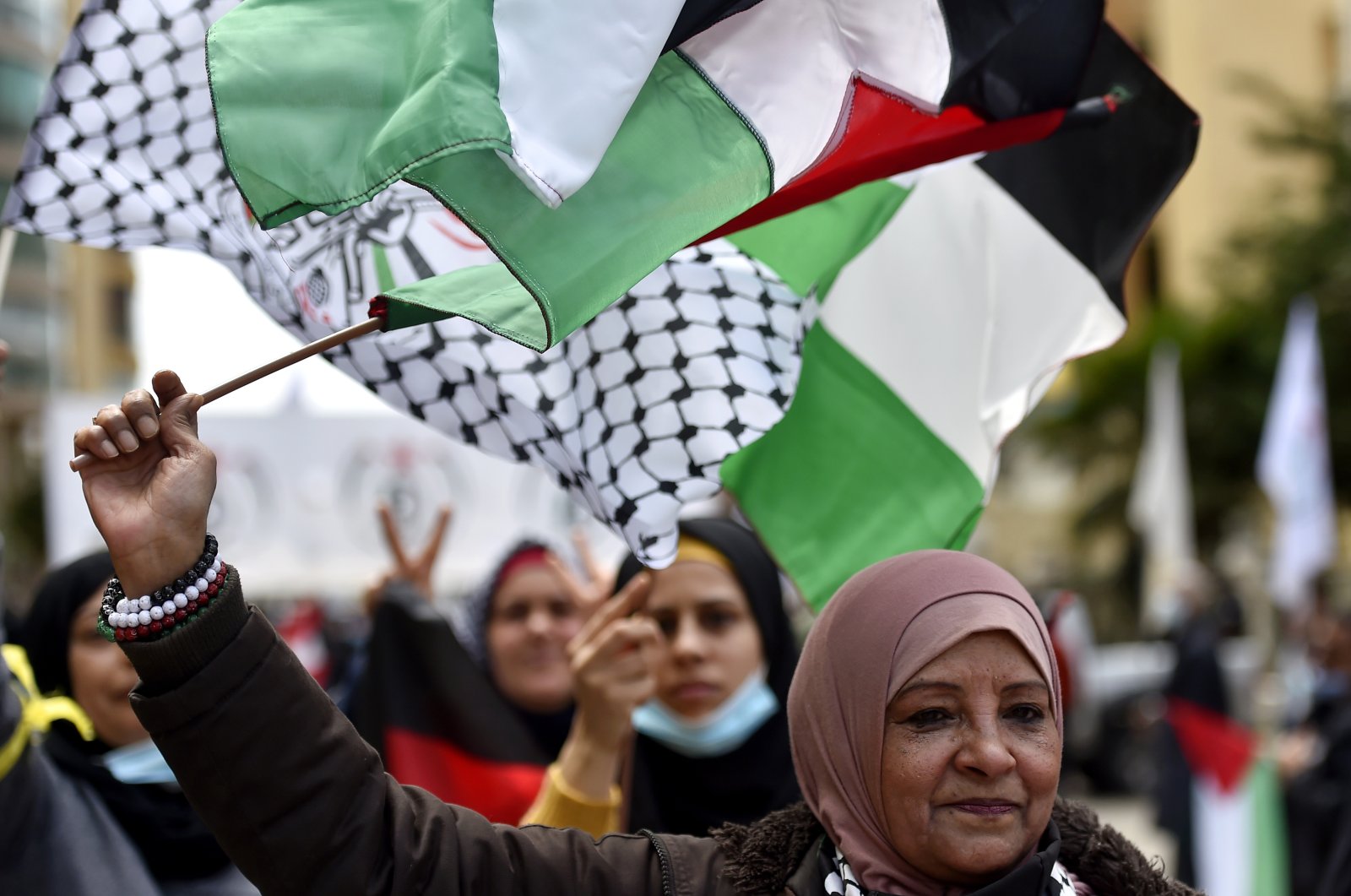 Palestinian refugees carry national flags as they shout slogans during a protest outside of the Palestinian Embassy in Beirut, Lebanon, 12 April 2021. (EPA Photo)
by Anadolu Agency
Apr 30, 2021 9:41 pm

The European Union urged Israel Friday to facilitate elections across the entire Palestinian territory and expressed regret over the delayed vote.

"The decision to postpone the planned Palestinian elections, including the legislative elections originally scheduled for May 22, is deeply disappointing," EU foreign policy chief Josep Borrell said in a written statement.

He reiterated the bloc's "call on Israel to facilitate the holding of such elections across all of the Palestinian territory, including in East Jerusalem."

Borrell also called on Palestinian authorities to set a new date for polls "without delay" and encouraged all Palestinian political actors to resume talks.

"We firmly believe that strong, inclusive, accountable and functioning democratic Palestinian institutions based on respect for the rule of law and human rights are vital for the Palestinian people," he added, stressing the EU's commitment toward a two-state solution.

Palestinian President Mahmoud Abbas said Thursday they will not hold elections with Jerusalem excluded from voting.

He said the Israeli side had not given an answer to the Palestinian request for holding the polls in occupied East Jerusalem.

Abbas, however, stressed that once Israel permits elections in Jerusalem, the polls will be held within a week.

In a joint statement, foreign ministries of France, Germany, Italy and Spain Friday voiced their disappointments over Abbas' decision to postpone the parliamentary elections scheduled to take place May 22.

"It is our firm belief that strong, legitimate, representative and accountable democratic institutions remain key for Palestinian self-determination and state-building, as well as for the future of the two-state solution," said the ministries in the statement.

Encouraging all actors to take constructive steps regarding the elections, the ministries called on Israel to facilitate the elections on the basis of past agreements.

They also called on the Palestinian Authority to put forward a new electoral calendar "as soon as possible."

"Alongside our European partners, we stand ready to support free, fair and inclusive elections," they continued.

Palestinian territories including the West Bank and East Jerusalem have been under Israeli occupation since 1967.

Like Turkey and much of the international community, the EU does not recognize Israel's sovereignty over these areas.