Iraq's Kataib militia threatens to increase attacks on US forces 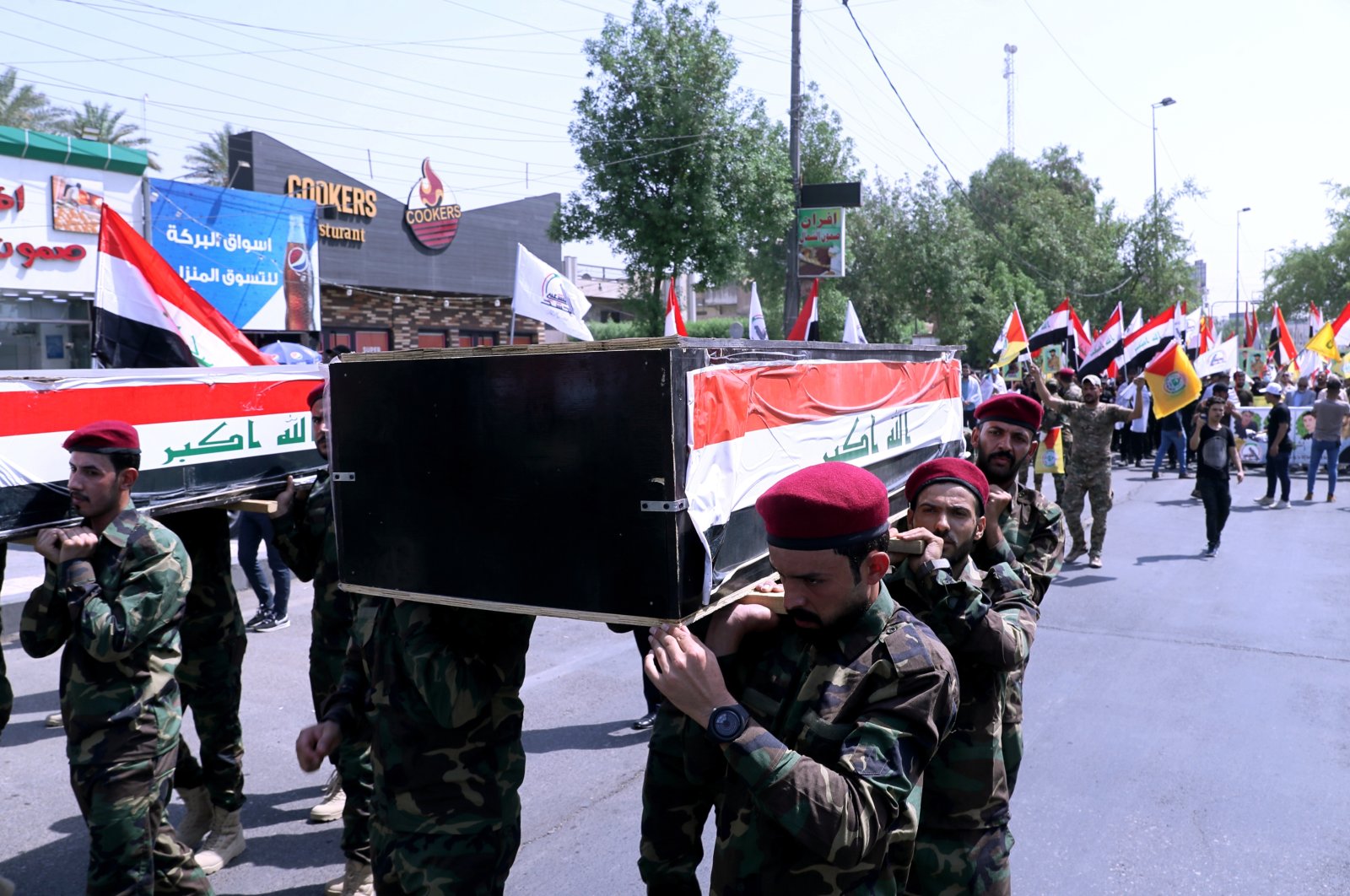 Popular Mobilization Forces fighters carry flag-draped coffins of slain fighters who were killed during airstrikes during their symbolic funeral in Baghdad, Iraq, Tuesday, June 29, 2021. (AP Photo)
by Daily Sabah with AA
Jun 29, 2021 11:45 am

Iraq's Kataib Hezbollah militia has threatened to increase attacks on U.S. forces in the country, in response to the airstrike targeting the Hashd al-Shaabi group on the Iraq-Syria border on late Sunday.

"Extremism in the attitude and approach of the U.S. should be responded to with action, not condemnation," Abu Ali al-Askari, a senior Iraqi Kataib Hezbollah commander, said in a Telegram message on Monday.

He called for increasing attacks on the "enemy's" headquarters and bases.

Al-Askari also called on Iraqi security forces to cooperate with militias to liberate the country's territories from the "occupier."

Earlier Monday, the U.S. announced in a statement by Pentagon spokesperson John Kirby that it launched targeted airstrikes "against facilities used by Iran-backed militia groups in the Iraq-Syria border region."