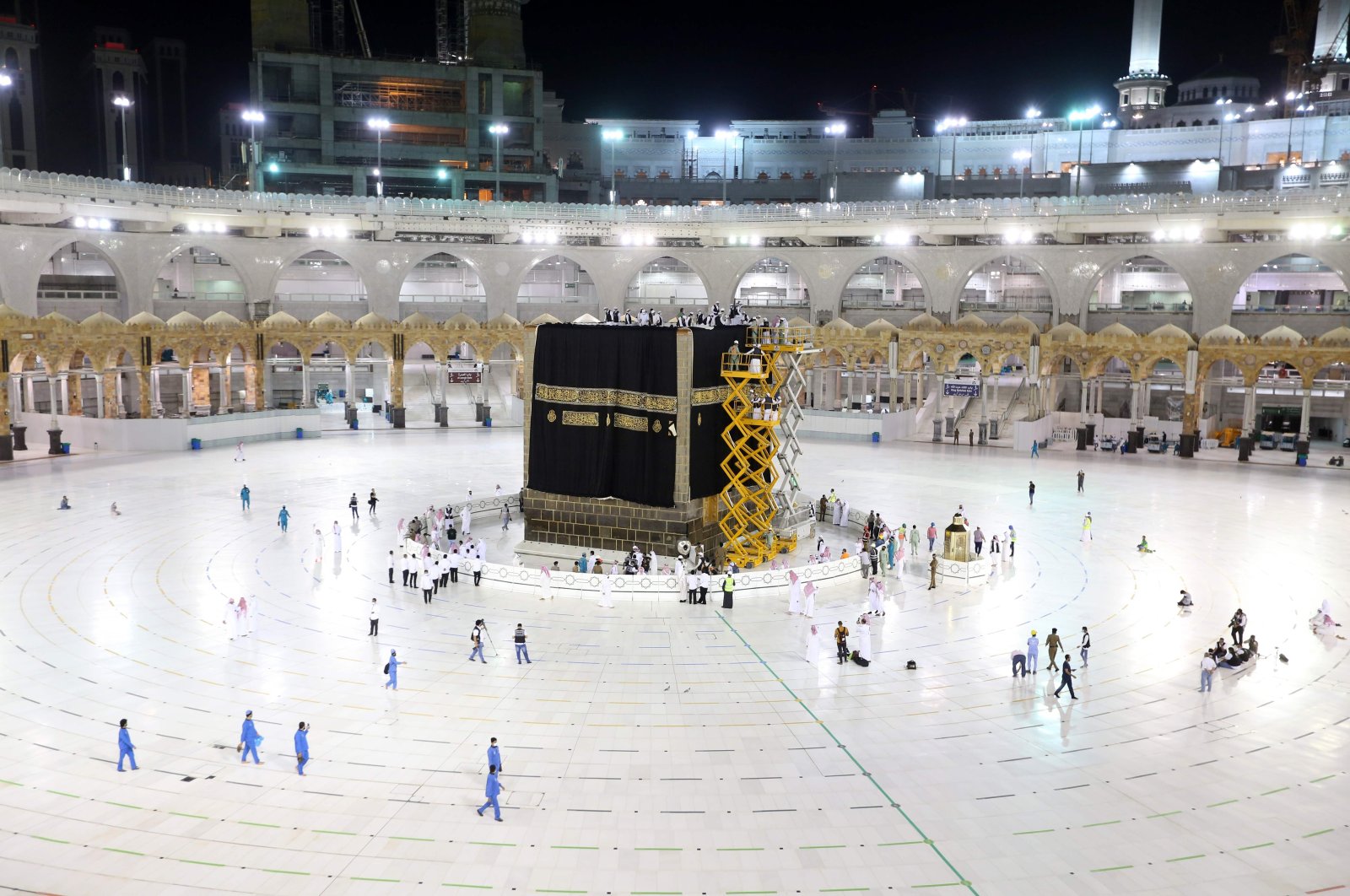 Saudi laborers put on the new Kiswa, the protective cover that engulfs the Kaaba, made from black silk and gold thread and embroidered with Quran verses, in the holy city of Mecca, Saudi Arabia, July 29, 2020 (AFP Photo)
by German Press Agency - DPA
Jul 30, 2020 1:10 pm

Muslim pilgrims were on Thursday gathering near the holy city of Mecca in Saudi Arabia for the climax of the annual Hajj pilgrimage, which was significantly curtailed this year due to the coronavirus pandemic.

A few thousand people are taking part, a fraction of the 2.5 million people who usually gather every year in the holy city of Mecca for Islam's biggest gathering.

Saudi state television showed medics checking the temperatures of the pilgrims upon arrival.

The granite hill is the place where the Prophet Mohammed is believed to have delivered his last sermon around 14 centuries ago.

The male pilgrims are clad in seamless pieces of white cloth, while women wear loose garments without make-up or jewellery.

The faithful are to spend the day at Arafat, praying for Allah's forgiveness and for contentment.

The Hajj, one of Islam's five pillars, is a mandatory duty for all Muslims once in a lifetime if they possess enough financial resources and are physically capable of undertaking the journey.

This year's Hajj, which began on Wednesday, has been overshadowed by pandemic fears.

Saudi Arabia, which sits on the birthplace of Islam, has limited the numbers of Muslims attending the five-day Hajj, confining it to Muslims already living inside the monarchy in an effort to curb the spread of the coronavirus.