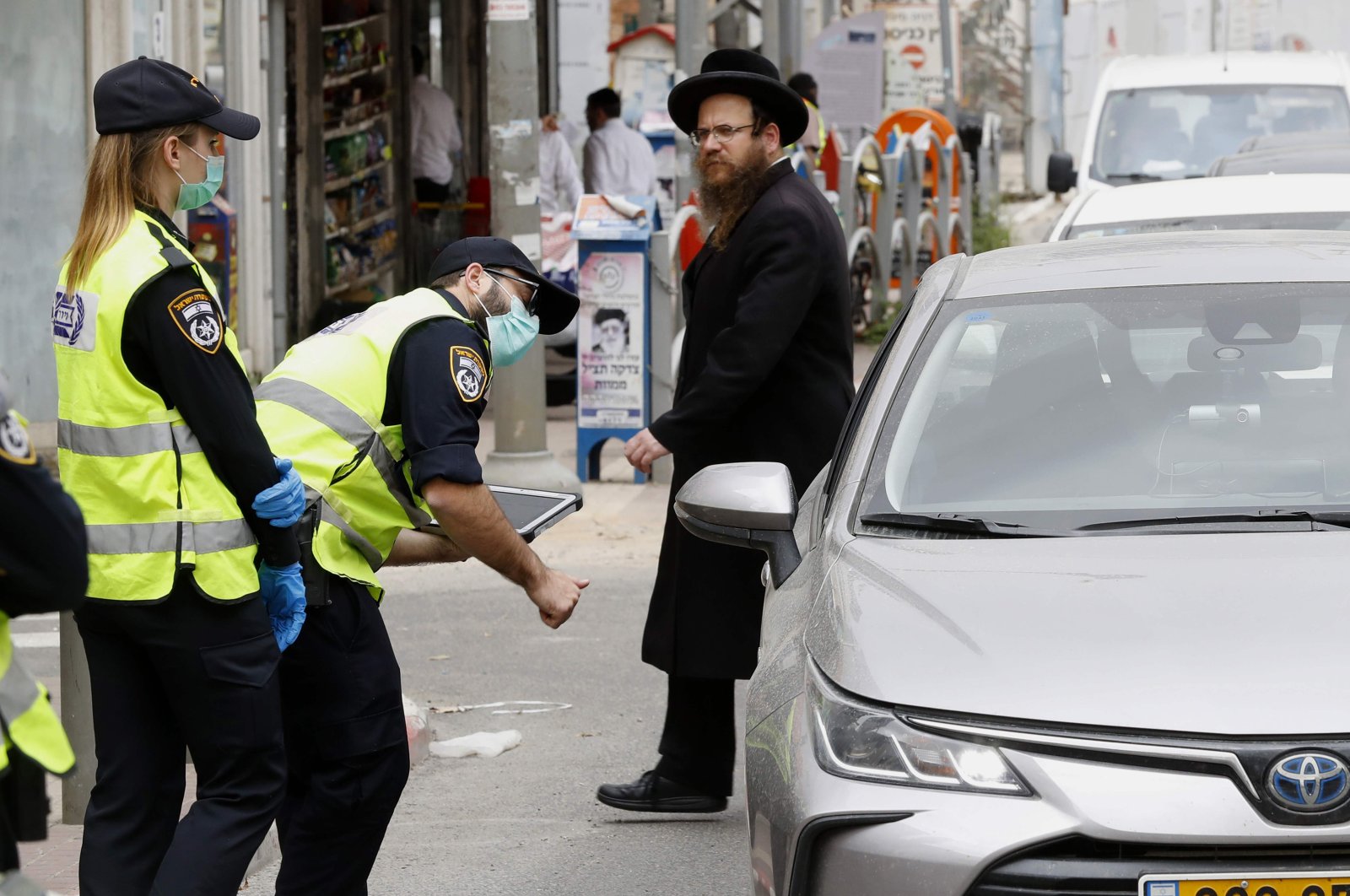 Israeli police talk to a driver at a checkpoint in the city of Bnei Brak, a city near Tel Aviv with a largely ultra-Orthodox population, part of measures imposed by Israeli authorities to curb the spread of COVID-19, Tuesday, March 31, 2020. (AFP Photo)
by Daily Sabah with DPA Apr 01, 2020 4:14 pm
RECOMMENDED

Israeli police have resorted to stricter measures in the ultra-Orthodox Tel Aviv suburb of Bnei Brak, which has become one of the country's hotspots for the coronavirus, while faced with strong resistance by locals who accuse them of being “Nazis” and “murderers."

Tel Aviv authorities are considering imposing a full lockdown in Bnei Brak as some 730 people in the suburb of roughly 200,000 have been infected with the coronavirus, a jump of 159 cases from the previous day, according to the Health Ministry on Wednesday. Bnei Brak has the second-highest number of infections in the country, after Jerusalem.

According to Israeli media, police have erected roadblocks at the suburb's entrances, and Public Security Minister Gilad Erdan told Army Radio that police were closely enforcing the emergency orders.

During the clashes between police and locals in Mea Shearim, an Israeli security forces' video revealed that officers were showered with cries of "Nazis" and "murderers."

Bnei Brak's mayor, who's in self-isolation, warned that authorities must not turn the suburb into "a ghetto," according to media reports.

Other ultra-Orthodox neighborhoods, such as Jerusalem's Meah She'arim, have similarly seen an increased police presence – as well as a swelling in the number of confirmed coronavirus cases.

Authorities are concerned that members of the ultra-Orthodox community are continuing to gather in spite of strict lockdown rules imposed by the government, including a ban on prayers in public.

In the latest violation, some 400 people attended a rabbi's funeral in Bnei Brak late on Saturday. Channel 12 reported that police are in touch with the community to prevent another gathering like it at an upcoming funeral, which caps participation at 20 people under current rules.

More than 1 million of the country's population of 9 million are ultra-Orthodox. Most have no access to the internet and TV for ideological reasons, making it hard to stay on top of the guidelines.