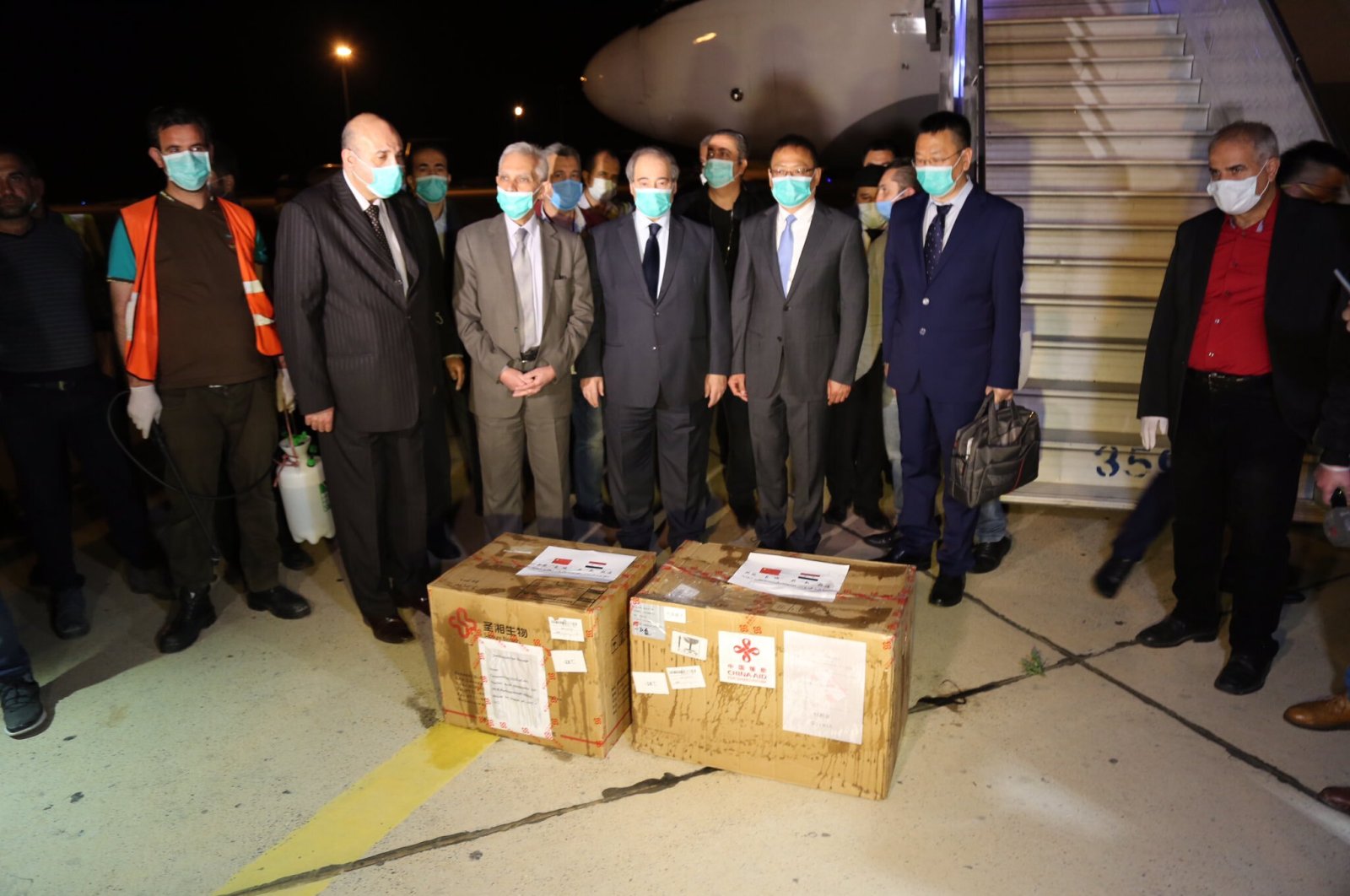 Officials from the Bashar Assad regime were impatiently waiting on Wednesday night at the Damascus airport for a plane coming from China containing aid packages for the fight against the coronavirus outbreak. They were probably feeling grateful during these difficult times, however, they might have been little disappointed too, when serviceman unloaded the plane and found only two boxes there.

While the pair of boxes were carefully disinfected by airport service personnel, a handover ceremony was held with great interest from the press. Photographed with the boxes were 16 officials. The good news was that China's ambassador to Damascus, Feng Biao, promised future relief aid.

The Assad regime previously closed its borders, forbid movement between provinces and shut schools and restaurants in an effort to stem the spread of the virus.