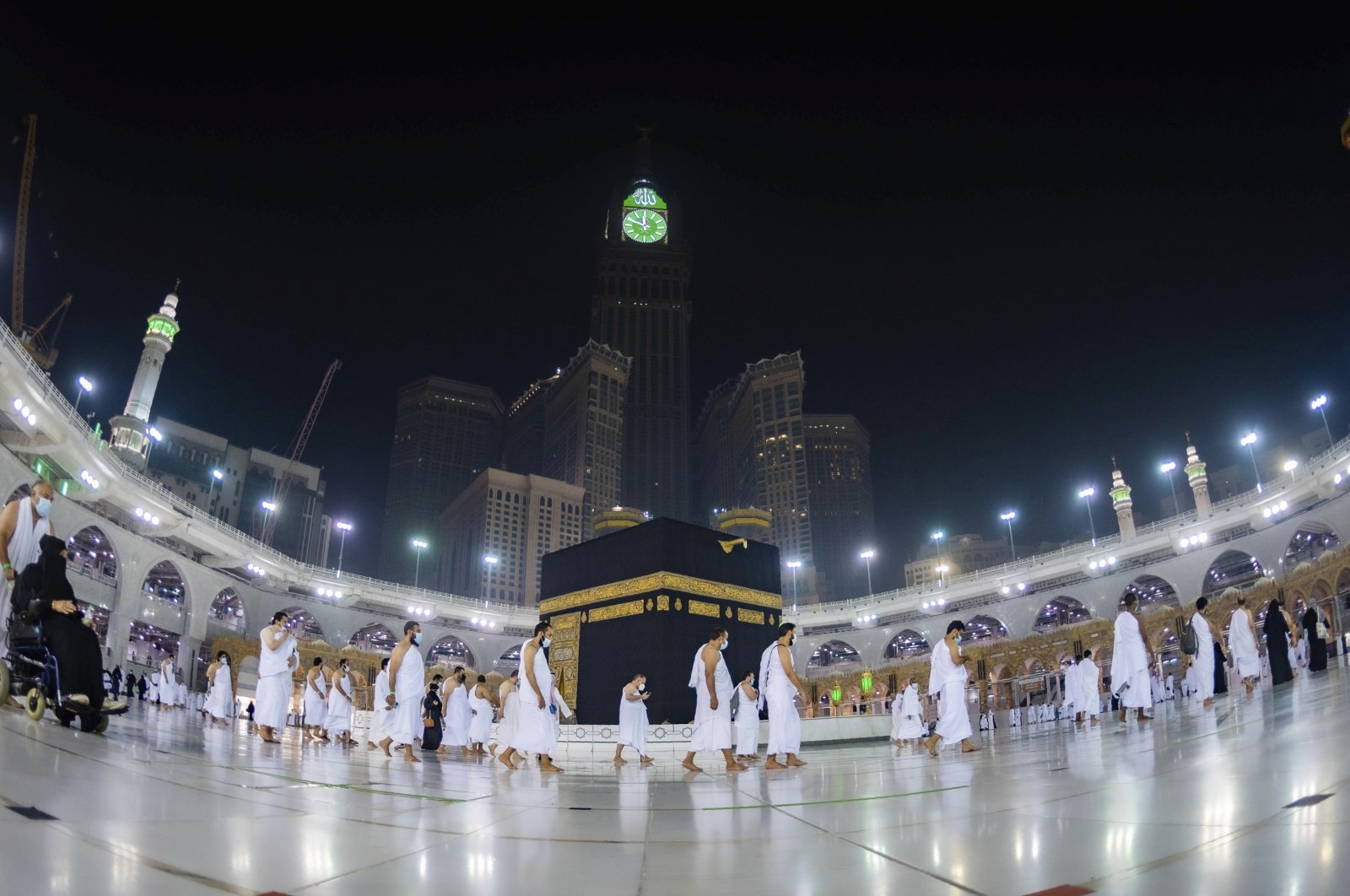 In this photo released by Saudi Ministry of Hajj and Umrah, Muslims practice social distancing while praying around the Kaaba, the cubic building at the Grand Mosque during the first day umrah pilgrimages were allowed to restart, in the Muslim holy city of Mecca, Saudi Arabia, Oct. 4, 2020. (Saudi Ministry of Hajj and Umrah via AP)
by ASSOCIATED PRESS
Oct 31, 2020 12:52 pm

The crash happened around 10:30 p.m. and saw the man's car ram through a barrier and keep driving until it hit the gate on the Grand Mosque's southern side, the Saudi Press Agency said.

Authorities arrested the man inside, who appeared in an "abnormal" condition, the agency said, without elaborating. Police referred the man to prosecutors for possible charges, according to the report.

Video on social media corresponded to the news agency's account, with security forces later pushing the damaged sedan away.

The Grand Mosque houses the cube-shaped Kaaba that observant Muslims pray toward five times a day. Authorities had shut down the mosque amid the coronavirus pandemic but recently reopened it to small crowds of faithful. Footage broadcast on the state-run Quran TV satellite channel showed people inside circling the Kaaba before and after the crash.

The kingdom held a dramatically downsized, symbolic hajj pilgrimage in July due to concerns that it could easily have become a global superspreader event for the virus.