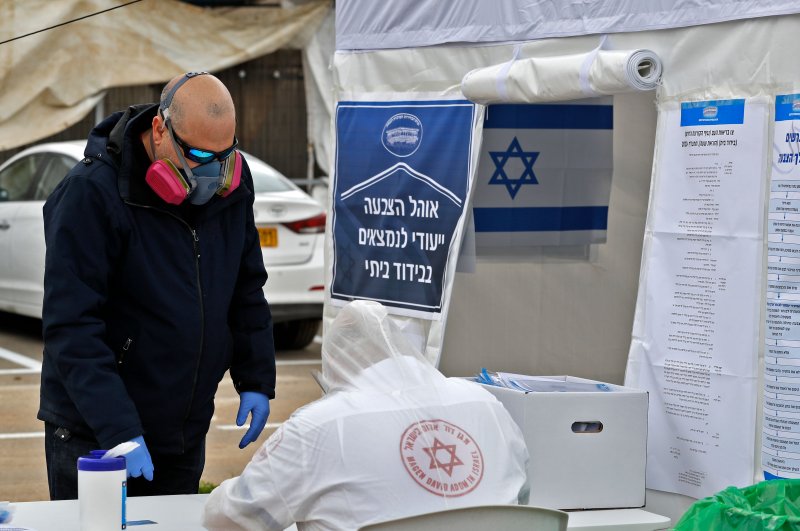 After a second repeat of the vote and fears of the new coronavirus epidemic, Israelis began voting Monday, seeking to break a grinding political deadlock, with Prime Minister Benjamin Netanyahu chasing re-election while facing criminal indictment.

There was little fanfare in the days leading up to the vote, with a noticeable absence of campaign posters on the streets and public rallies that typically characterize the run-up elections in Israel. With voter fatigue clearly a factor, turnout could prove to be decisive. Some 15 stations were set up to allow voting by hundreds of Israelis, who have been ordered to remain in home-quarantine after possible exposure to coronavirus.

Netanyahu, the longest-serving leader in Israeli history, has been the caretaker prime minister for more than a year as a divided Israel has weathered two inconclusive elections and prolonged political paralysis. With opinion polls forecasting another deadlock, Netanyahu is seeking a late surge in support to score a parliamentary majority along with other nationalist parties that will deliver him a fourth consecutive term in office, and fifth overall.

He faces a stiff challenge once again from retired military chief Benny Gantz, whose centrist Blue and White party is running even with Netanyahu's Likud on a campaign message that Israel's longtime prime minister is unfit to lead because of the serious charges against him. Both parties appear unable to form a coalition with their traditional allies. With the prospect of a unity government between them seemingly off the table after a particularly nasty campaign, Monday's vote may well turn into merely a preamble to another election.

Both sides are expected to fall well short of the 61 seats needed for a majority in Israel's parliament, the Knesset, and will have to strike deals with smaller parties to forge a stable coalition. That proved impossible after the last two votes and a further stalemate remains possible. But leaders across the political spectrum have said they are keen to avoid a fourth vote given the damage done by the impasse, as the caretaker government's inability to pass a budget has left key social programs unfunded.

In April's election, Likud and Blue and White won 35 seats each. In September, Blue and White garnered 33 against Likud's 32. Several right-wing parties, including two ultra-Orthodox Jewish parties, who last time won 17 seats between them, have already pledged to support Netanyahu. The Joint List, a coalition representing Israel's Arab minority, won 13 seats in September and backed Gantz, as did a number of smaller left-wing parties.