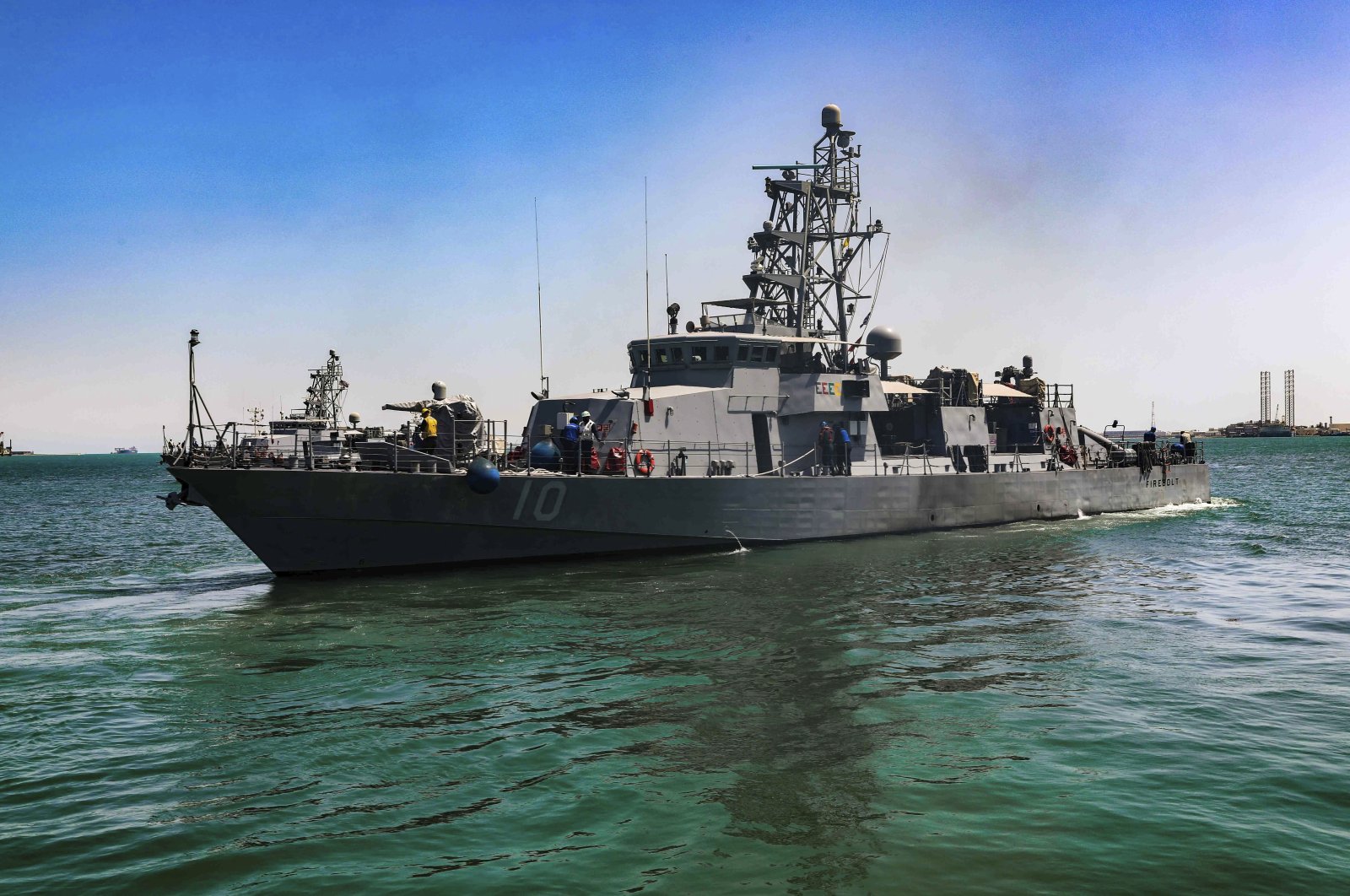 A U.S. Navy warship fired warning shots at Iranian vessels that came too close to a patrol in the Persian Gulf, the U.S. Navy said Wednesday. The incident marks the first such shooting in nearly four years.

The Navy released black-and-white footage of the encounter Monday night in international waters of the northern reaches of the Persian Gulf near Kuwait, Iran, Iraq and Saudi Arabia. In it, lights can be seen in the distance and what appears to be a single gunshot can be heard, with a tracer round racing across the top of the water.

Iran did not immediately acknowledge the incident.

“The U.S. crews issued multiple warnings via bridge-to-bridge radio and loud-hailer devices, but the (Guard) vessels continued their close range maneuvers,” said Cmdr. Rebecca Rebarich, a spokesperson for the Mideast-based 5th Fleet. “The crew of Firebolt then fired warning shots, and the (Guard) vessels moved away to a safe distance from the U.S. vessels.”

She called on the Guard to “operate with due regard for the safety of all vessels as required by international law.”

“U.S. naval forces continue to remain vigilant and are trained to act in a professional manner, while our commanding officers retain the inherent right to act in self-defense,” she said.

The last time a Navy vessel fired warning shots in the Persian Gulf in an incident involving Iran was in July 2017, when the USS Thunderbolt, a sister ship to the Firebolt, fired to warn off a Guard vessel. Regulations issued last year give Navy commanders the authority to take “lawful defensive measures” against vessels in the Mideast that come within 100 meters (yards) of their warships.

While 100 meters may seem far to someone standing at a distance, it’s incredibly close for large warships that have difficulty in turning quickly, like aircraft carriers. Even smaller vessels can collide with each other at sea, risking the ships.

The incident Monday marked the second time the Navy accused the Guard of operating in an “unsafe and unprofessional” manner this month alone after tense encounters between the forces had dropped in recent years.

Footage released Tuesday by the Navy showed a ship commanded by the Guard cut in front of the USCGC Monomoy, causing the Coast Guard vessel to come to an abrupt stop with its engine smoking on April 2.

The Guard also did the same with another Coast Guard vessel, the USCGC Wrangell, Rebarich said.

The interaction marked the first “unsafe and unprofessional” incident involving the Iranians since April 15, 2020, Rebarich said. However, Iran had largely stopped such incidents in 2018 and nearly in the entirety of 2019, she said.

The incidents at sea almost always involve the Revolutionary Guard, which reports only to Supreme Leader Ayatollah Ali Khamenei. Typically, they involve Iranian speedboats armed with deck-mounted machine guns and rocket launchers test-firing weapons or shadowing American aircraft carriers passing through the Strait of Hormuz, the narrow mouth of the Persian Gulf through which 20% of all oil passes.

Some analysts believe the incidents are meant in part to squeeze President Hassan Rouhani’s administration after the 2015 nuclear deal. They include a 2016 incident in which Iranian forces captured and held overnight 10 U.S. sailors who strayed into the Islamic Republic’s territorial waters.

The incident comes as Iran negotiates with world powers in Vienna over Tehran and Washington returning to the 2015 nuclear deal. It also follows a series of incidents across the Mideast attributed to a shadow war between Iran and Israel, which includes attacks on regional shipping and sabotage at Iran’s Natanz nuclear facility.