No urgent need for mass monkeypox vaccination: WHO 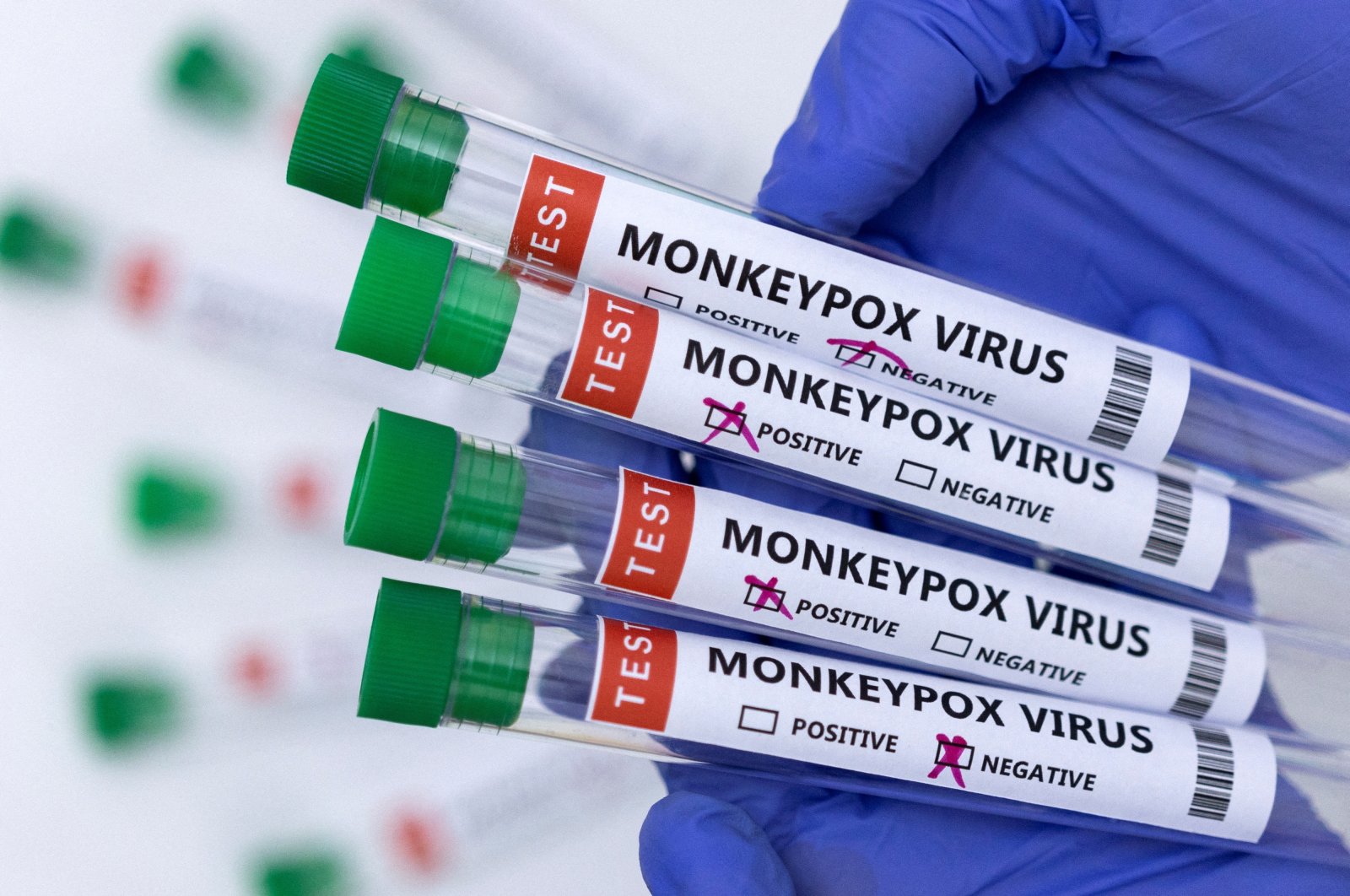 Test tubes labelled "Monkeypox virus positive and negative" are seen in this illustration taken May 23, 2022. (Reuters Photo)
by Reuters May 24, 2022 2:16 pm
RECOMMENDED

The World Health Organization (WHO) does not believe the monkeypox outbreak outside of Africa requires mass vaccination as measures like good hygiene and safe sexual behavior will help control its spread, a senior official said Monday.

Richard Pebody, who leads the high-threat pathogen team at WHO Europe, also told Reuters in an interview that immediate supplies of vaccines and antivirals are relatively limited.

His comments came as the U.S. Centers for Disease Control and Prevention said it was in the process of releasing some Jynneos vaccine doses for use in monkeypox cases.

Germany's government said on Monday that it was assessing options for vaccinations, while Britain has offered them to some healthcare workers.

Public health authorities in Europe and North America are investigating more than 100 suspected and confirmed cases of the viral infection in the worst outbreak of the virus outside of Africa, where it is endemic.

The primary measures to control the outbreak are contact tracing and isolation, Pebody said, noting that it is not a virus that spreads very easily, nor has it so far caused serious disease. The vaccines used to combat monkeypox can have some significant side effects, he added.

It is unclear what is driving the outbreak, with scientists trying to understand the origin of the cases and whether anything about the virus has changed. There is no evidence the virus has mutated, a senior executive at the U.N. agency said separately on Monday.

Many – but not all – of the people who have been diagnosed in the current monkeypox outbreak have been men who have sex with men. But that may be because this demographic is likely to seek medical advice or access sexual health screening more readily, the WHO said earlier in the day.

Most of the confirmed cases have not been linked to travel to Africa, which suggests there may be large amounts of undetected cases, said Pebody. Some health authorities suspect there is some degree of community spread.

Given the pace of the outbreak, and lack of clarity around what is driving it, there has been worry that large events and parties this summer could make things much worse.

"I'm not saying to people don't have a good time, don't go to attend these events," Pebody said.

"It's rather around what people do at the parties that matters. So it's about safe sexual behavior, good hygiene, regular hand washing – all these sorts of things will help to limit the transmission of this virus."