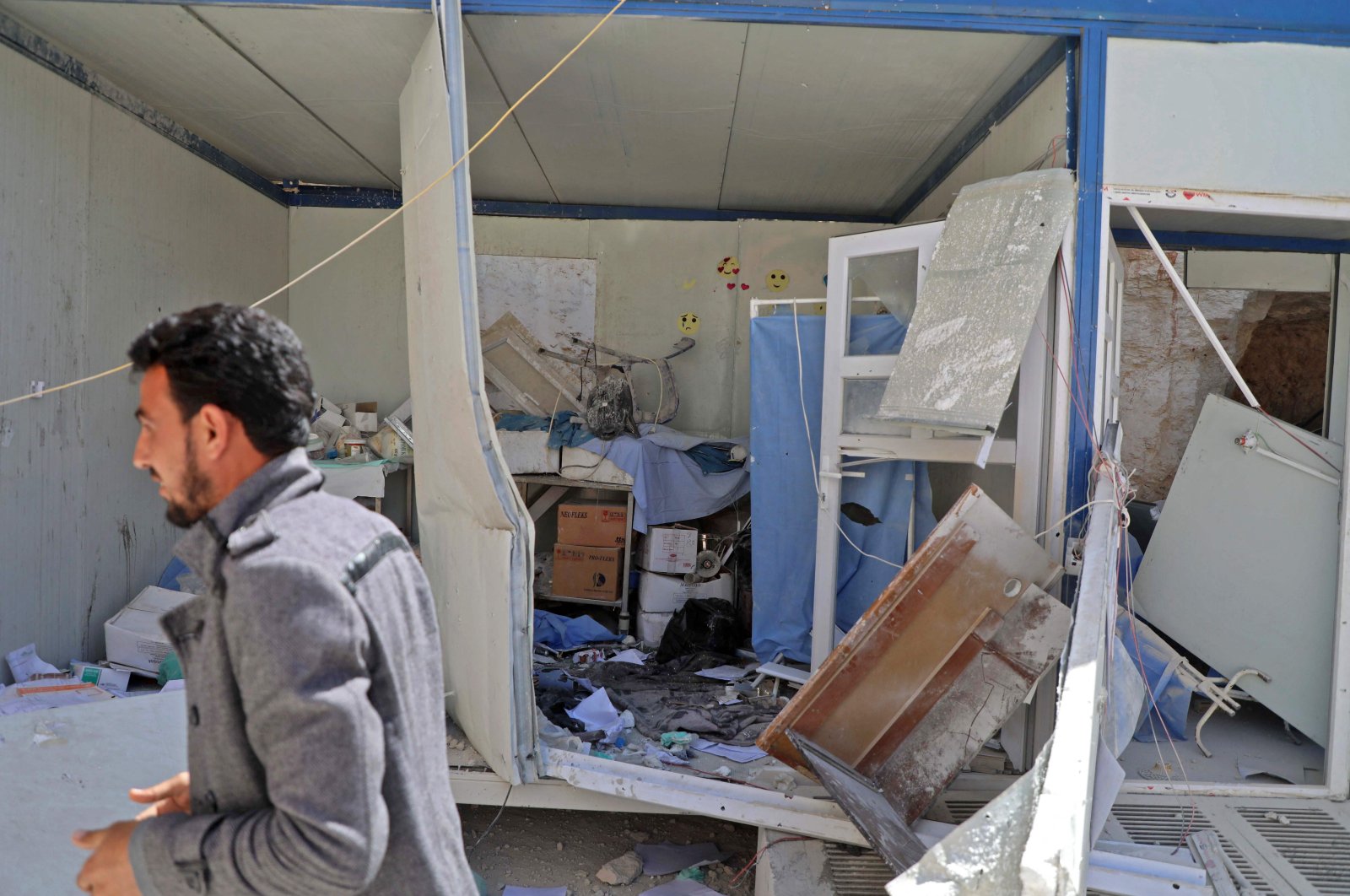 A man walks past a damaged room at the entrance of a field hospital in the village of Atareb in the northern Syrian province of Aleppo, Syria, on March 21, 2021. (AFP Photo)
by DAILY SABAH WITH AA Apr 08, 2021 6:16 pm

According to the White Helmets (Syria Civil Defence), the attack was carried out with a heat-seeking missile targeting a moving car.

Two seriously injured children were also taken to the hospital.

A fragile truce was brokered between Moscow and Ankara in March 2020, in response to months of fighting by the Russia-backed regime. Almost a million people have fled the Assad regime’s offensive, yet the regime still frequently carries out attacks on civilians, hindering most from returning to their homes and forcing them to stay in makeshift camps.