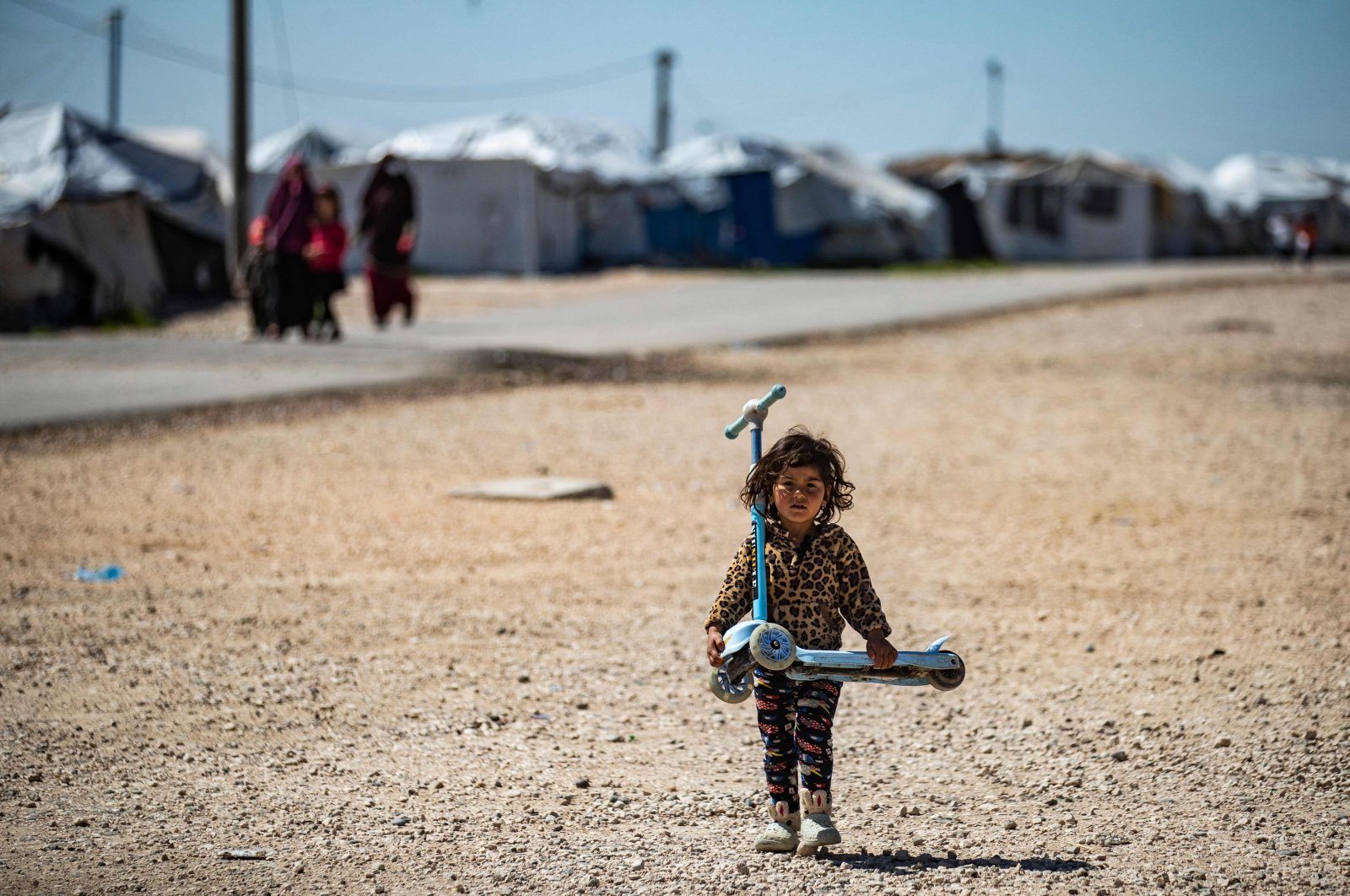 A child carries a kick scooter along a thin tarmac road beyond rows of white tents at Camp Roj, where relatives of people suspected of belonging to Daesh are held, in the countryside near al-Malikiyah (Derik) in Syria's northeastern Hasakah province, March 28, 2021. (AFP)
by daily sabah with afp Apr 19, 2021 11:21 am
RECOMMENDED

A Russian delegation on Sunday repatriated over 34 orphan children whose families are suspected to have links to the Daesh terrorist organization from camps in northeastern Syria.

A correspondent of the Agence France-Presse (AFP) in the city of Qamishli said the children aged between three and 14 were handed over to a delegation headed by the Russian president's envoy for children's rights, Anna Kuznetsova.

Moscow has now repatriated at least 169 such children while more would follow, according to AFP.

Moscow has also been repatriating children abandoned in Iraq since the collapse of Daesh’s "caliphate" straddling both Arab states.

Al-Hol, the largest camp for refugees and displaced Syrians in the country, is currently home to almost 62,000 residents, according to U.N. humanitarian officials. More than 80% are women and children, many of who fled there after Daesh militants lost their last Syrian stronghold in 2019. There are a number of other camps in the northeast as well.