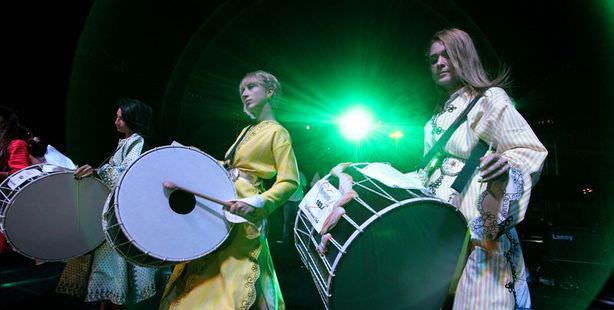 Muslims in Turkey welcome the holy month of Ramadan with the first Tarawih prayer on Monday.

Fasting during Ramadan is one of the Five Pillars (fundamental religious duties) of Islam. It is a time of self-examination and increased religious devotion. Many Muslims, except children, the sick and the elderly, abstain from food, drink, and certain other activities during daylight hours in Ramadan. The first Tarawih, special prayers which are held in mosques every night of the month, began on Monday, the 8th of July. Many Muslims perform these prayers in the evening, during which a section of the holy Qur'an is recited. It is recommended that Muslims attend the tarawih prayers in the mosque to pray in congregation. However, one may also perform the prayers individually at home. These prayers are voluntary, but are strongly recommended and widely practiced.

Those of the Islamic faith are encouraged to read the entire Qur'an during Ramadan which is also a month for acts of charity. There are many Islamic organizations that actively take part in charity events and activities such as providing basic necessities, including food and clothing, to the needy.

August 4th is a special holy night during Ramadan called Laylat al-Qadr, which means 'Night of Power', marking the day the first verses of the Qur'an were revealed to the Prophet Muhammad. It is reported that the Prophet said, "Whoever stays up (in prayer and remembrance of Allah) on the Night of Qadr, fully believing (in Allah's promise of reward) and hoping to seek reward, shall be forgiven for his past sins."

Ramadan is believed to be a time of intense spirituality, when the believers are surrounded by angels, the gates of heaven are open, and Allah's blessings and mercy are abundant.