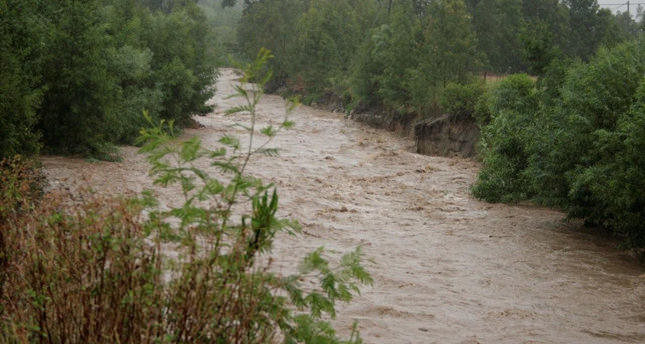 by French Press Agency - AFP Mar 17, 2014 12:00 am
JOHANNESBURG – Torrential and persistent rains which have pounded parts of South Africa over the past two weeks have claimed 32 lives, the government said on Monday.

At least 3,000 people have been displaced, said a statement by the ministry for regional and local government.

Of the death toll, 25 people were swept away by flood waters while six were killed by lightning strikes and one died after a wall collapsed.

Most of the affected areas were in the north, northwestern and eastern parts of the country.

"A number of people have been rescued from the roofs of their vehicles and several were trapped in their homes," said deputy minister Andries Nel.

Experts say the rains, which washed away roads and bridges as rivers burst their banks, were some of the heaviest experienced in more than a decade.

The heavy downpours also plunged the country, Africa's most developed country, into darkness for the first time in six years.

The state power utility Eskom, which supplies around 95 percent of the country's electricity, blamed the rain for soaking the coal stockpiles used by its power generation plants.