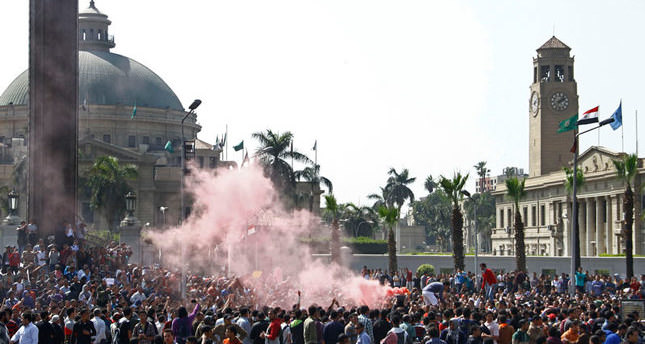 The three, including the founder of the April 6 movement Ahmed Maher, rose to prominence in the 2011 uprising that overthrew veteran strongman Hosni Mubarak.

The interim government in place after the army overthrew president Mohamed Morsi in July jailed them for violating a law it had passed banning all but police-sanctioned protests.