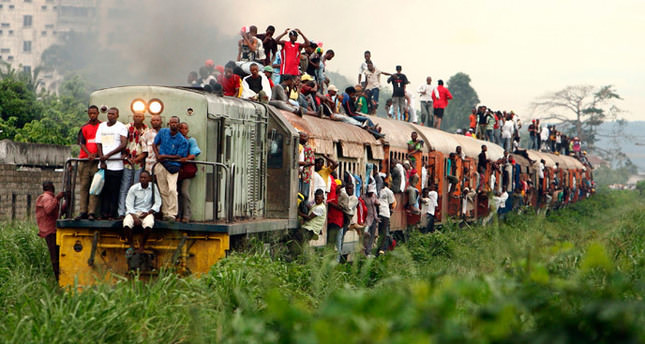 by Apr 24, 2014 12:00 am
KINSHASA, Congo — At least 63 people were killed and 80 were seriously injured in Democratic Republic of Congo's Katanga province when a train speeding too fast round a bend derailed, a provincial minister said on Wednesday.

Fifty others were trapped inside the goods train after 12 of its carriages flipped off the track in the accident near Likasi, a mining town between Lubumbashi and Kolwezi in the copper and cobalt-rich southeast.

Congo's infrastructure is in tatters after decades of neglect and conflict so people struggle to travel around the vast nation, which is roughly the size of Western Europe.

More than 100 people were killed in a 2007 accident involving people travelling onboard a goods train in the province of Kasai Occidential.