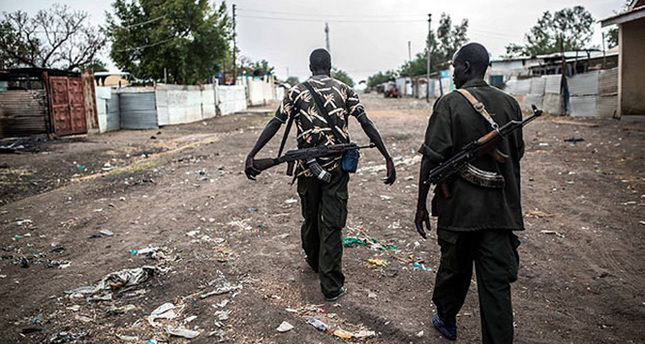 by AA May 03, 2014 12:00 am
KHARTOUM — The Sudanese government said Saturday that three foreign oil workers have been released in the West Kordofan State.
The three workers – two Chinese and an Algerian – were released after talks with their captors, Oil Minister Makawi Mohammed Awad told reporters.

Five Sudanese workers, however, remain in the hands of the captors, he said, expecting that all the hostages will be released within two days.

On March 12, rebels have abducted nine workers of the Greater Nile Petroleum Company, a joint Chinese, Malaysian, Indian and Sudanese venture, but one of the hostages had managed to escape.

The Sudanese government has blamed the rebel Justice and Equality movement, which is active in the western region of Darfur, for the abductions, an accusation denied by the group.

China's chargé d'affaires had earlier called on Sudanese authorities to protect Chinese workers in the country.