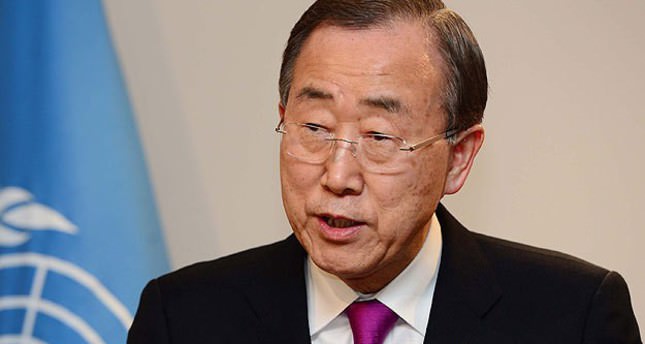 He toured the UN Mission in South Sudan (UNMISS) Tomping compound in Juba and met with some of the internally displaced people who have sought shelter in the compound, according to an Anadolu Agency reporter.

He is also expected to meet with civil society leaders, especially from women's and religious groups, according to a U.N. press release.
The visit comes only a few days after U.S. Secretary of State John Kerry paid a brief visit to the war-torn country.

South Sudan has been shaken by violence since last December, when Kiir accused his sacked vice president Riek Machar of leading a failed coup attempt against his regime.

The conflict has already claimed more than 10,000 lives, with the U.N. estimating that some one million South Sudanese have been displaced by the violence.

In January, the two sides signed an IGAD-brokered cessation of hostilities agreement in Addis Ababa.