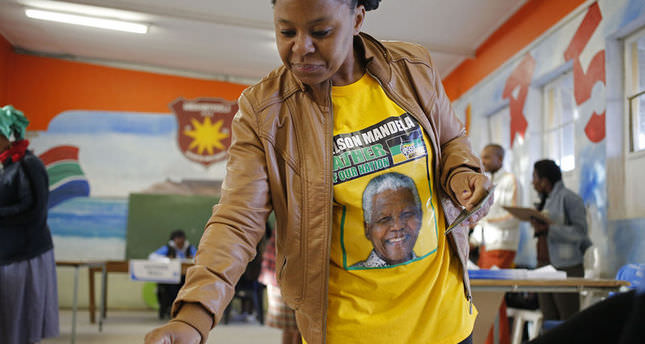 by AA May 07, 2014 12:00 am
JOHANNESBURG — South African started voting on Wednesday to elect National Assembly and nine provincial parliaments.

More than 25 million South Africans are eligible to vote in Wednesday's poll to elect 400 National Assembly members and the members of nine provincial parliaments.

Hundreds of people had queued outside a primary school in Alexandra hours before the vote, with queues stretching up to 200 meters.

The race will likely be dominated by the ruling African National Congress (ANC), the Democratic Alliance (DA), the Economic Freedom Fighters (EFF), the Congress of the People (COPE) and the Inkatha Freedom Party (IFP).

The new National Assembly will elect a new president.